Oldest working nurse in the country retires from Tacoma hospital

Florence "SeeSee" Rigney started her career just as penicillin was being introduced to the medical field. 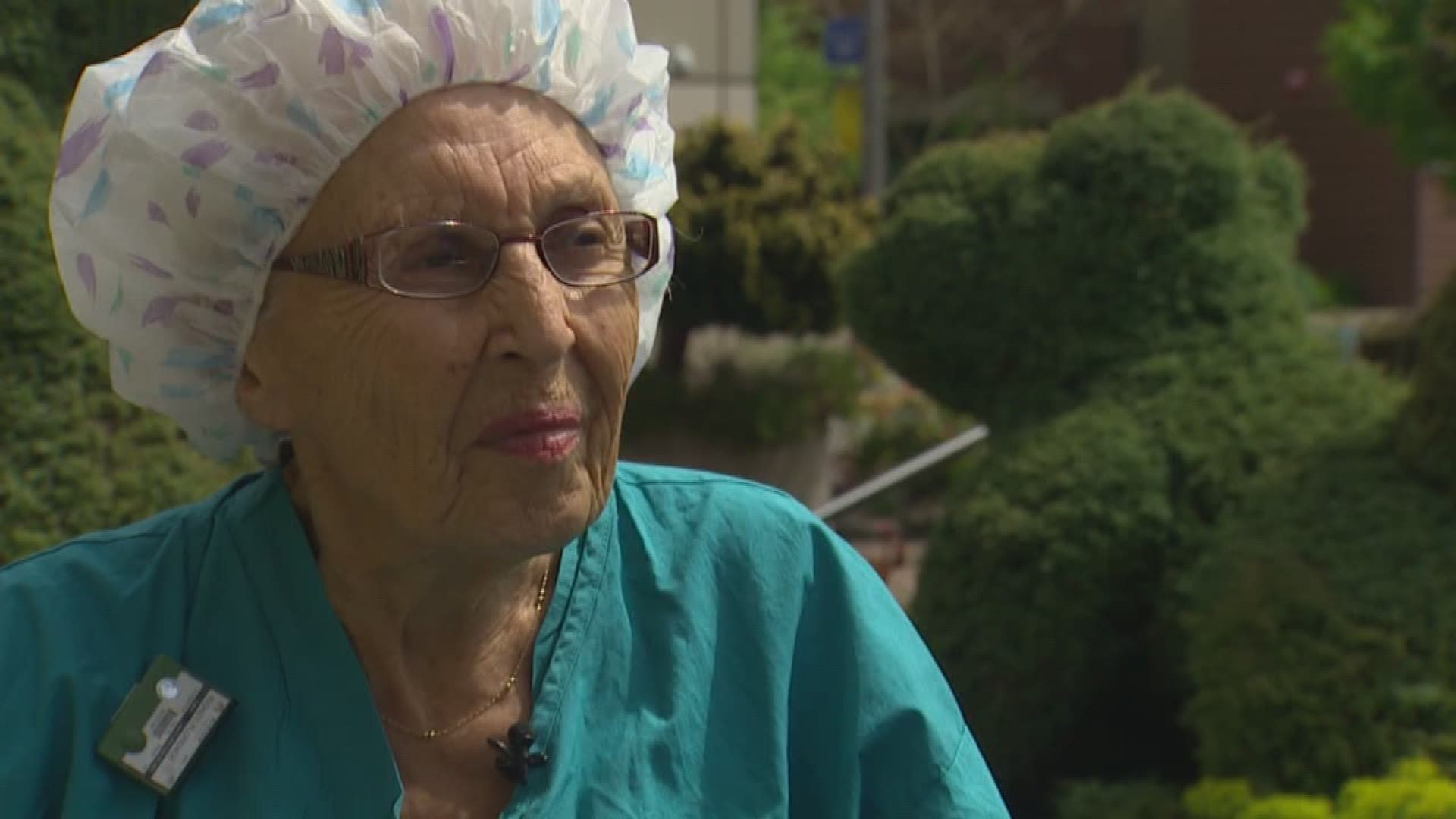 Editor's Note: The video above about Florence "SeeSee" Rigney turning 92 years old was published in May 2017.

She finished her more than 70-year career at MultiCare Tacoma General on Friday, July 16.

Rigney’s time as a nurse took her from Tacoma General School of Nursing to hospitals in Texas and Wyoming. She tried to retire more than 30 years ago when she was 65, but it only lasted six months.

“I don’t like to sit around – I’ve always got to have something to do. That’s my nature,” said Rigney. “I don’t know exactly what made me want to become a nurse, but it was something that I always wanted to do. I love to interact with patients and give them the help that I can.”

Besides the six-month hiatus, Rigney has only taken breaks from work to care for her family, including her two children.

According to Laureen Driscoll, president of MultiCare Tacoma General and Allenmore hospitals, Rigney has never been the type of person who slows down.

“Some of her colleagues joked that they had to sprint to keep up with her,” said Driscoll. “She’s continued to be a dedicated nurse and an incredible resource to her colleagues and community. It’s humbling to stop and think about the thousands and thousands of lives she’s cared for.”

During her shifts, Rigney was the first to jump in to help and always remained active, often walking more than three miles or more.

As an operating room nurse who got her start just as penicillin was introduced, Rigney’s seen innumerable changes to healthcare.

The biggest change in care, she said, has been the amount of time patients stay at the hospital post-surgery. She said patients would stay for 10 days or even longer in the past, but now, most go home after just a couple of days.

With all the knowledge she’s accumulated over the years, Rigney offered some words of wisdom for future nurses.

“Don’t ever think that you know it all," she said. "I kind of did that when I was in the operating room, and you have to always be open. You never stop learning.”

MultiCare Health System is honoring Rigney’s legacy by establishing a scholarship in her name called the SeeSee Rigney Nursing Endowed Scholarship Fund. The scholarships will go to MultiCare nurses and employees interested in pursuing nursing for continued learning and development.