Even people who lost everything found a way to help uplift their neighbors in Everson this Thanksgiving. 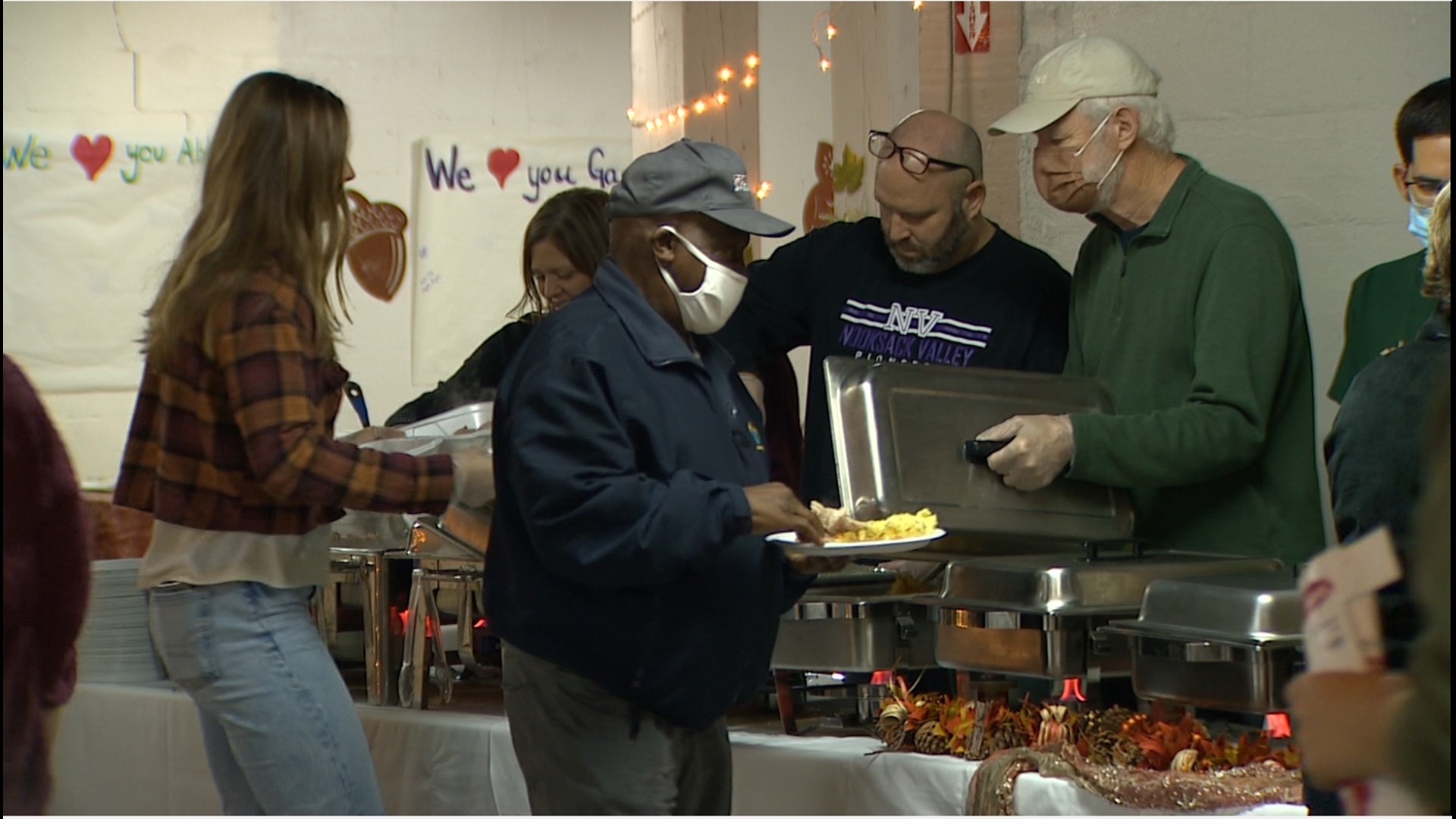 EVERSON, Wash. — The community gathered in Everson, Wash., for a hot Thanksgiving meal.

The town was devastated by historic flooding this month that destroyed homes and displaced families. Even people who lost everything found a way to help uplift their neighbors.

Goering watched as the Nooksack River swelled turning his street into a river and filling his home with water last week.

“There are just no words to describe it,” he said.

Goering’s home is a total loss after it filled with three feet of floodwater.

"You just, you lose your life. You know, everything that you've bought, or had, or your mementos, this and that... It's just gone,” he said.

He's one of many in Everson left with nothing this Thanksgiving.

But as a cold rain fell volunteers hauled hot food into the Smokestack Diner in downtown Everson.

"We have enough Turkey to feed 2,000 people,” said Kari Gardener, owner of the Smokestack Diner

Donations poured in, and Gardener along with and many other volunteers turned an event space attached to the diner into a beautiful dining hall to host a Thanksgiving feast for the community.

"Just to see so much love coming into our community from the people, is just, I keep saying the word overwhelming because that's what it's been,” Gardener said.

But many of the people helping to feed others this Thanksgiving, are those who have lost so much themselves.

One of the people being Goering.

He owns Herb Niemann Steakhouse, across the street from the Smokestack Diner.

He spent all week hosting spaghetti dinners and provided food and his time for the Thanksgiving meal.

"That's what this community does,” he told KING 5 when asked why he chose to volunteer after losing so much.

"Everybody is thinking about everybody else except themselves. And it's heartwarming. It really is,” said Gardener.

"Just be thankful for what you have,” Goering said.

The Red Cross was also at the dinner providing services to those impacted by the flooding.