When Randy Groven, Mickey Parker, and John Waring set out to fish some of their favorite holes in Neah Bay, they never predicted it almost was their last. 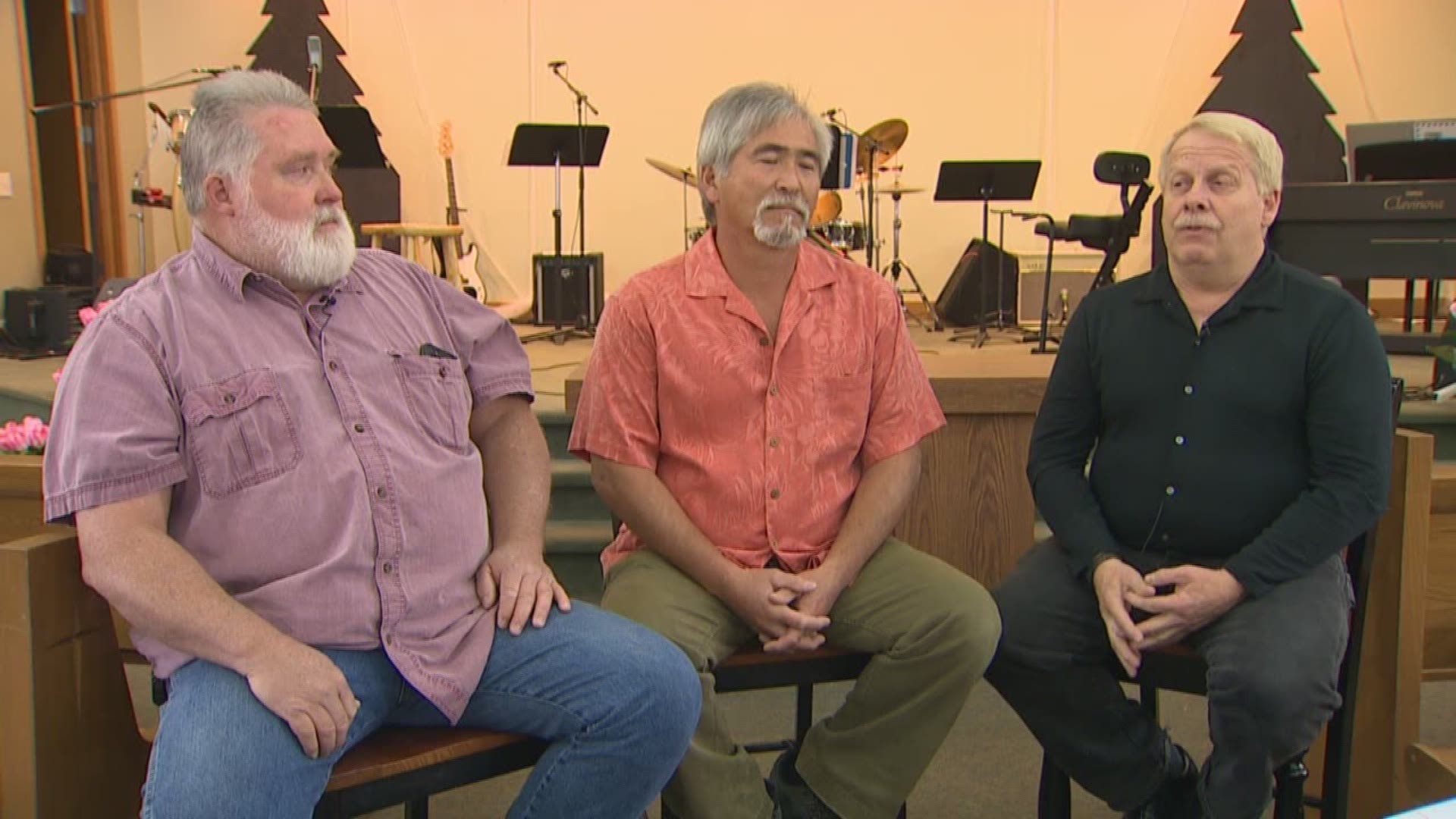 But when Randy Groven, Mickey Parker, and John Waring set out to fish some of their favorite holes in Neah Bay on April 18, they never predicted it almost was their last.

"It was a picture perfect day. Usually, we load the boat in no time, and we were heading home," said Waring.

After casting in a few favorite "honey holes," they were just rigging up about a mile from shore in Makah Bay when a rogue wave hit.

"I hear Randy say 'John go!', Waring remembered. "I turned, and I looked up, and it looked well over 20 feet tall. Just a wall of white water came out of nowhere."

"In my mind I heard what I believe was god's voice saying 'Call now!'" Waring said.

Unbeknownst to the men, that mayday radio call was received by the crew at Coast Guard Station Neah Bay. But the fishermen would have to wait for more than an hour before a helicopter and rescue boat could locate them. Hypothermia began to set in, and the men could only cling to small pieces of the fishing boat that were still above water.

"We kept wondering if anybody heard us," remembers Groven. "Every time a wave went over you're just fighting to try and spit out the water and breathe again."

Waring, a pastor at Bethel Christian Fellowship in Graham, sang hymns and prayed for their rescue.

70 minutes after the second wave hit, their prayers were answered.

The sound of a Coast Guard helicopter could be heard.

"We were just instantly given new life," said Parker.

The men were hoisted out of the water by a Coast Guard rescue boat.

Groven's body temperature reached 85 degrees, and the Coast Guard crew said the men may not have lasted much longer. Neah Bay crewmen say 70 minutes is the longest they'd seen stranded fishermen survive in the water.

Waring credits the crew and paramedics with saving their lives. But he also is grateful to God, and the fact that he had a submersible radio and life jackets on board.

"It makes us more aware of how frail and how totally out of control we really are," he said. "You can never say thank you enough."