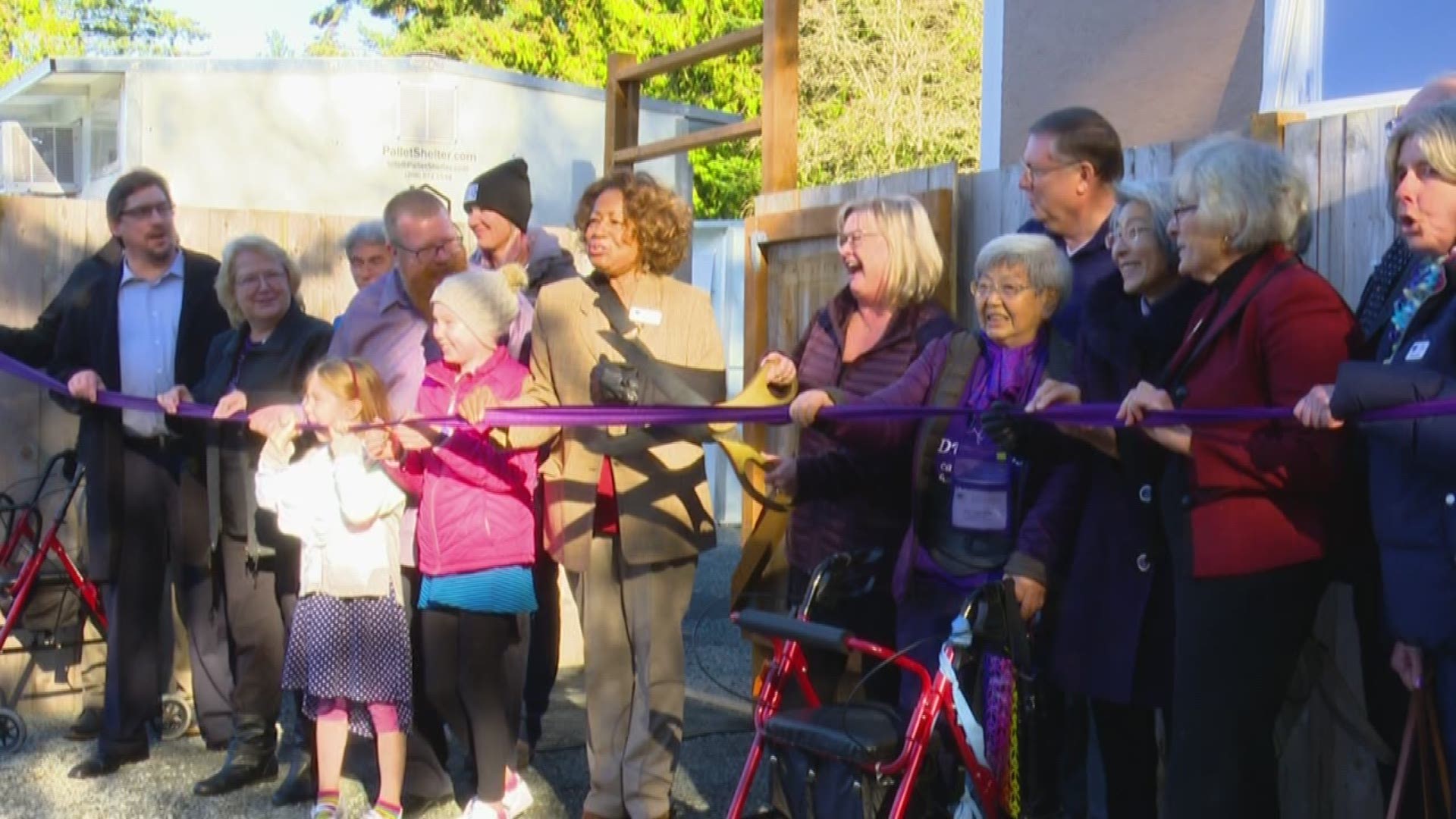 The first tiny home village in Snohomish County opened with a ribbon-cutting ceremony on the ground of Lynnwood's Good Shepherd Baptist Church.

The six-home village is called Shepherd's Village and is sponsored by the Jean Kim Foundation, a non-profit based in Lynnwood aimed at helping the area's homeless population continue its education.

"One very real barrier of education is the wet, cold, and insecure nature of homelessness," said Jules Butler, the president of the Jean Kim Foundation.

Sunday's ceremony was the culmination of three years of work. The foundation worked with the church and the City of Lynnwood through permitting processes and fundraising. In September, an amended zoning ordinance was passed, allowing a village of this kind to be established.

Everett-based Pallet Shelter company built the six homes, which are waterproof and heated. The homes also have electricity and internet.

Currently, two of the homes are occupied and the foundation is looking to fill the other four.