Two passengers, and one driver who was on I-5 at the time of the derailment, are seeking financial compensation from Amtrak for their injuries. 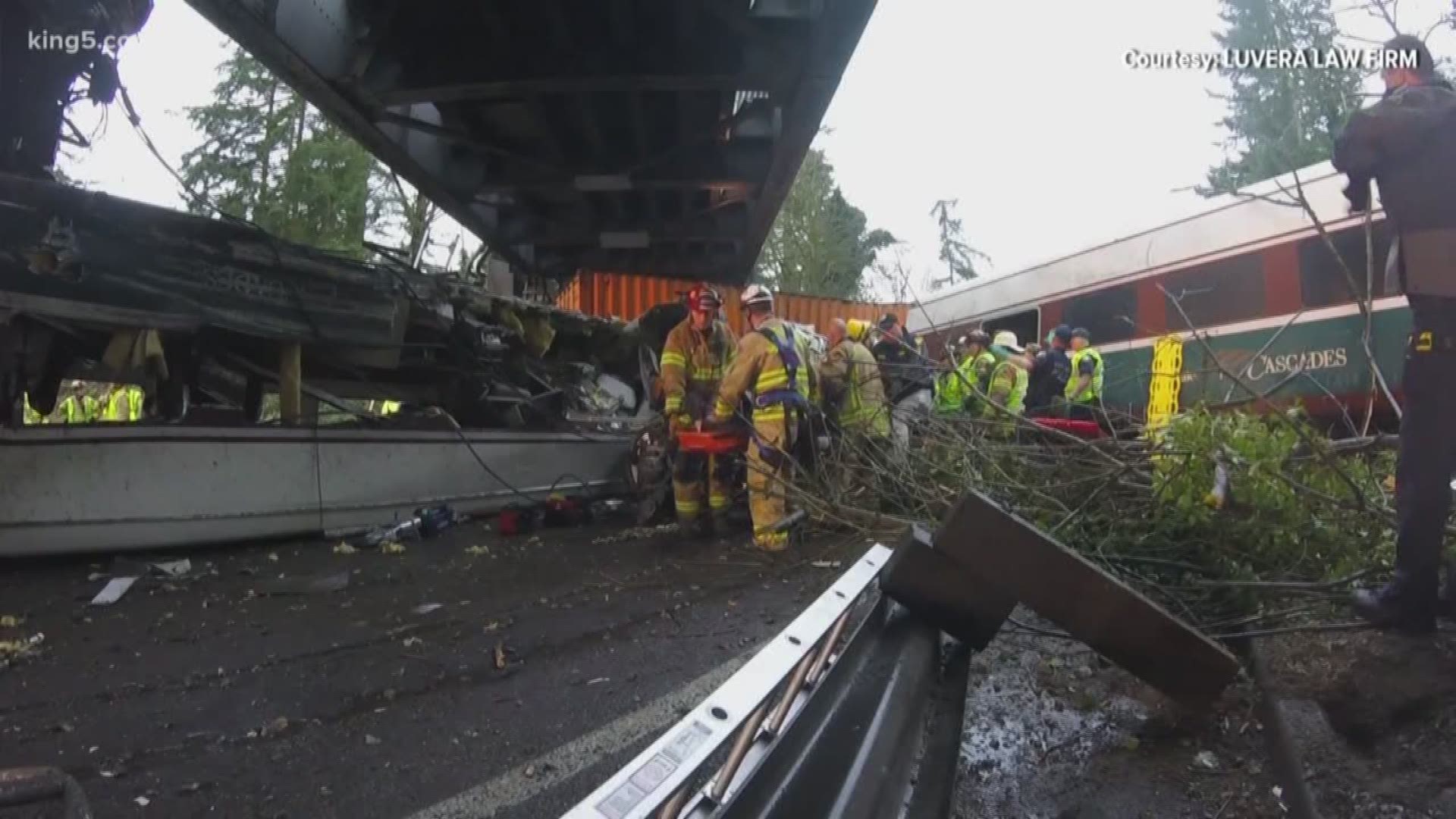 TACOMA, Wash. — The trial started Tuesday to determine how much compensation three men will get who were injured when an Amtrak train derailed in DuPont in 2017.

Aaron Harris and Dale Skyllingstad were passengers on the train and were injured as a result of the crash. Blaine Wilmotte was driving on I-5 when the derailment happened and was also injured.

All three of the men filed a lawsuit and are seeking financial compensation from Amtrak. 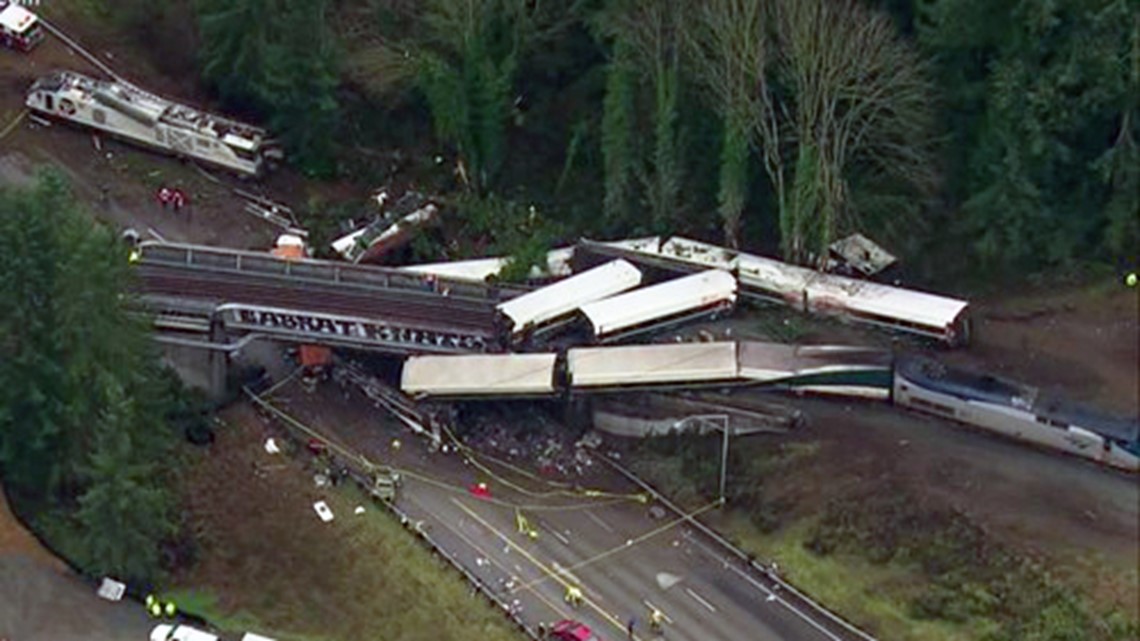 Final report details complacency before deadly 2017 Amtrak derailment
The National Transportation Safety Board has published its final report Monday on a deadly Amtrak derailment in Washington state in 2017, with the agency's vice chairman blasting what he described as a "Titanic-like complacency" among those charged with ensuring train operations were safe.

Since Amtrak has taken responsibility, jurors are being asked to determine what the three men should get for financial compensation.

The attorney for the three men said the accident could have been prevented had Amtrak learned lessons and changed policies after incidents that occurred before the 2017 crash.

"It’s not just a mistake, this wasn’t a one-off, that an individual went rogue. It was an institutional problem and it was negligence,” said David Beninger, attorney for the Luvera Law Firm.

The Luvera Law Firm released video showing first responders rescuing Wilmotte from the wreckage in 2017. A train car had fallen onto his pickup truck and he was trapped inside.

An Amtrak representative in the courtroom did not wish to comment about the trial.

Amtrak’s attorney, Mark Landman, told jurors while the three men deserve to be compensated for their injuries, he encouraged jurors to be fair.

He noted the injured men have all returned to work and continue to improve.

All three of the plaintiffs are expected to testify about their injuries and how the incident will impact their future.