Limited flights to Phoenix, Las Vegas and Denver took off from Paine Field on Saturday for the first time since the airport closed in May. 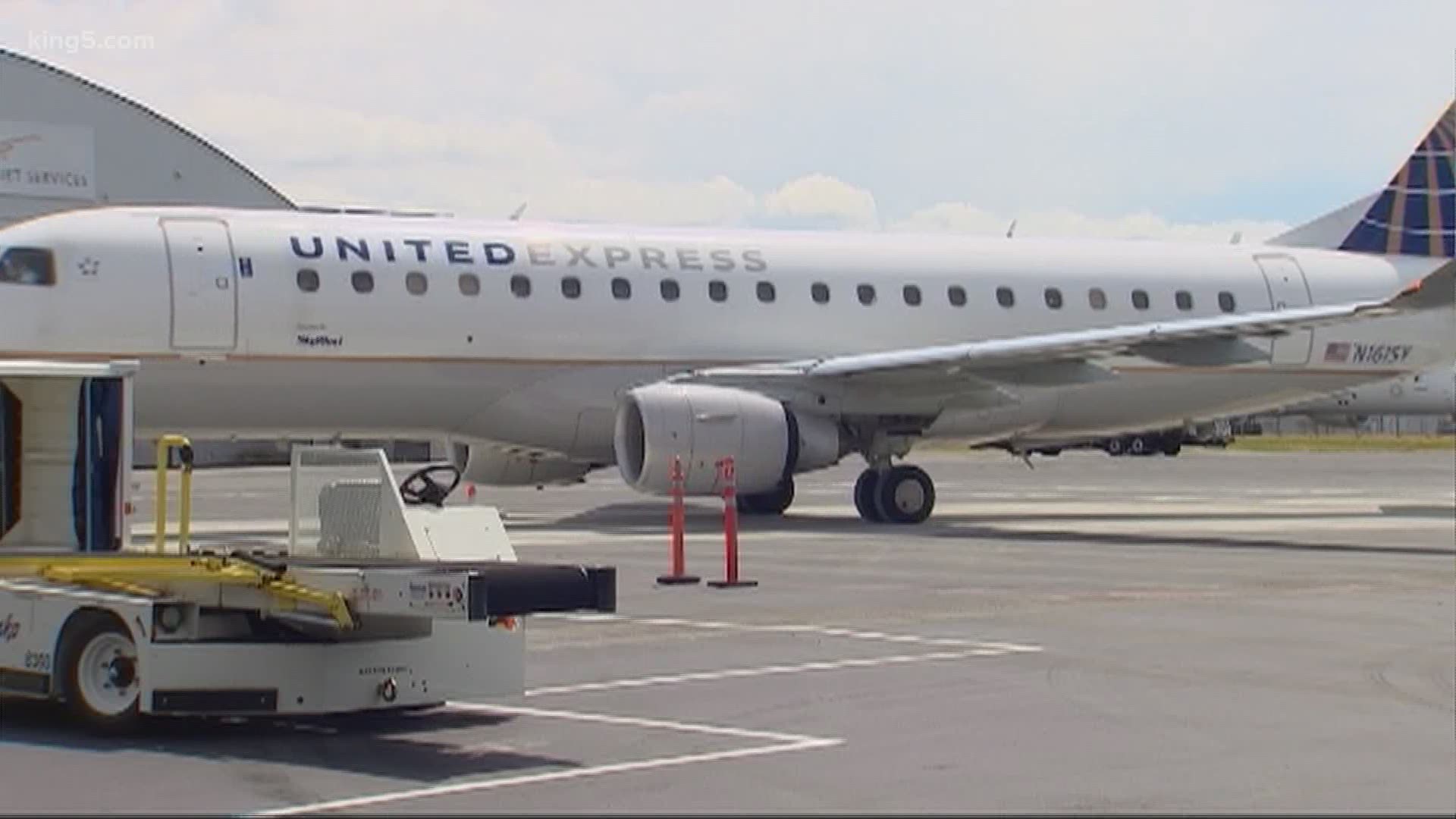 EVERETT, Wash. — Commercial Flights are now back in service at Everett's Paine Field after the airport was closed for just over two months. Facing a dramatic drop in passengers, airport officials temporarily closed the airport to commercial traffic so they could make some necessary upgrades to the ramp area.

Things were a little different for passengers who arrived at Paine Field for the first day of travel Saturday. The airport is only allowing ticketed passengers to go inside the terminal, they must get their temperatures checked and wear face masks.

A steady stream of passengers arrived for the first flights Saturday and Larry Martin and his friends were excited to be heading out.

"We scheduled this months and months ago and it just happened to coincide with the day that the airport opened so we're thrilled, absolutely," said Martin.

They thought the coronavirus pandemic or airport closures might force them to cancel a birthday trip to Las Vegas, but instead, they saw getting on a plane Saturday as good luck. With travel numbers still light, social distancing didn't seem to be a problem.

“Everybody's going to wear their mask it's not any worse than going in the grocery store,” said Martin's wife.

Despite dramatic drops in air travel nationwide, Snohomish County leaders said they're not worried about the future.

“We're going to work our way out of it and the future air travel demand is going to increase and Paine Field are going to be a critical part of meeting that demand,” Snohomish County Executive Dave Somers said.

The airport used the closure time to do some upgrades including replacing the asphalt in the ramp area with concrete. Now that they have the planes back, they just need passengers to come.

“We were the fastest airport in the country last year and we did a million passengers with two weeks left in our one year of operation and nobody thought we could do that, so we are optimistic that air travel will come back quite quickly,” Brett Smith said.

Congressman Rick Larson flew into Paine Field Saturday and is co-sponsoring legislation that mandates regulations to keep passengers and airline employees safe and forces the government to develop an aviation preparedness plan.

Larson admitted it may take a couple of years for things to be bustling at Paine Field again but he’s glad they're back in the air.

“It will be a slow comeback but I don't have any doubt about a comeback,” he said.

To start there are only three flights a day to Phoenix, Las Vegas, and Denver but officials said data shows more Americans are starting to fly again and they hope to increase the number of flights soon. 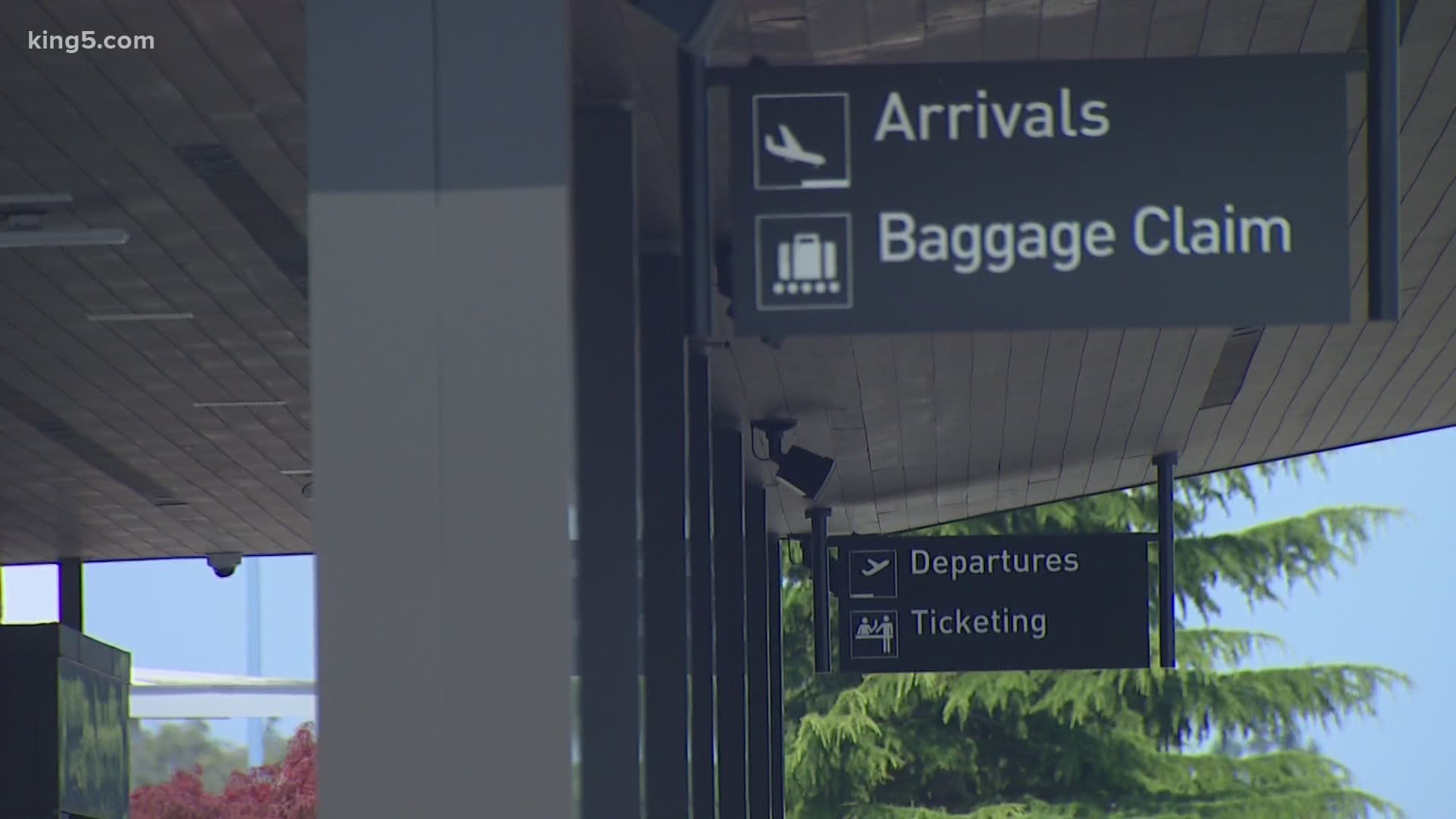