'We've got people coming from all over': Firefighters deployed from across US to fight growing Bootleg Fire

Crews from more than a dozen states, as far away as New York and Florida, have been deployed to help fight southern Oregon’s Bootleg Fire. 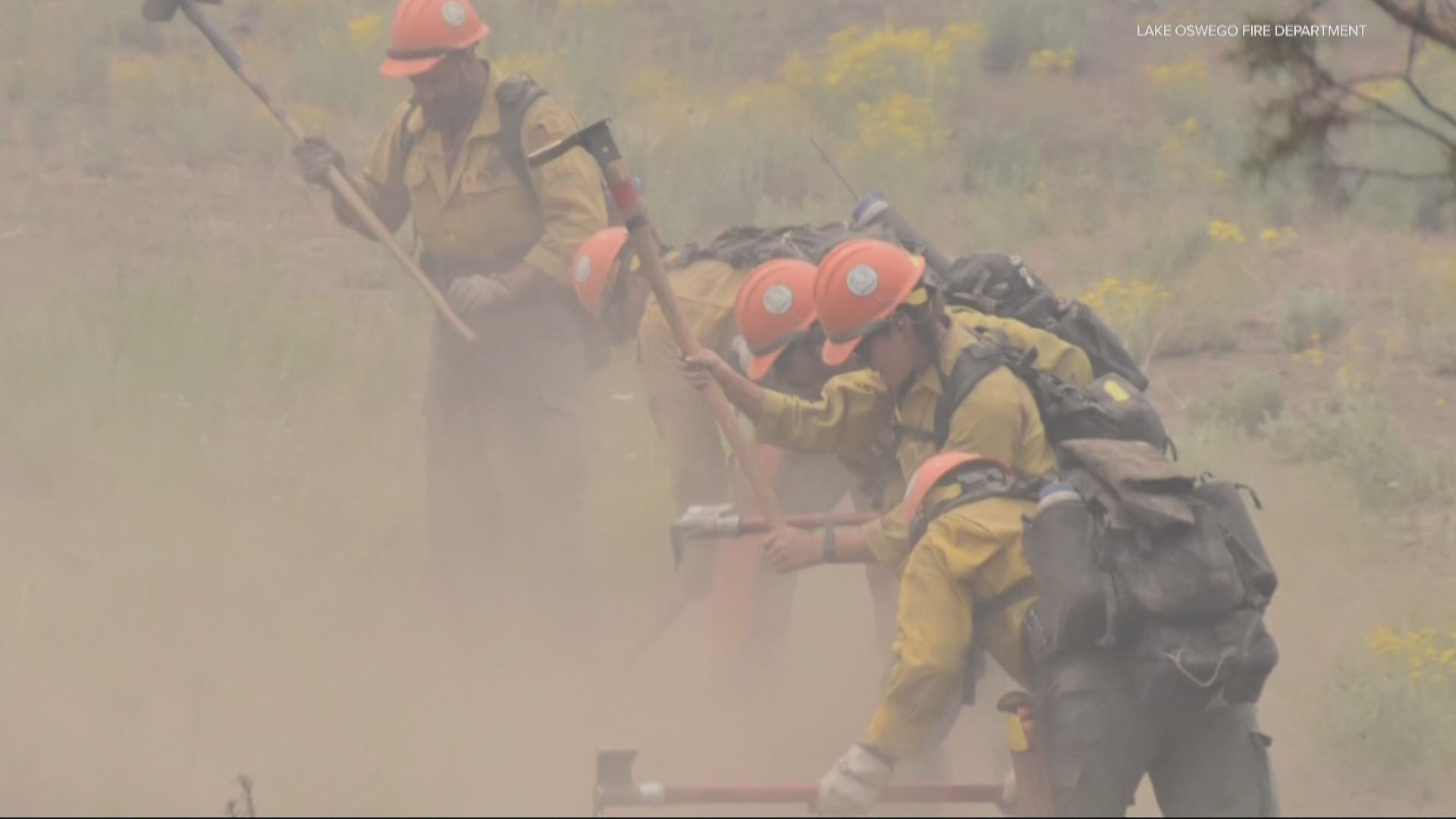 KLAMATH COUNTY, Ore. — Firefighters from more than a dozen states, as far away as New York and Florida, have been deployed to help fight southern Oregon’s Bootleg Fire.

A spokesman for the incident management team said Thursday the extra resources are absolutely necessary for a fire this large. The Bootleg grew again overnight, clocking in at 227,234 acres Thursday morning. It's the largest wildfire burning in the U.S. It's also larger than any wildfire that burned in Oregon in 2020.

San Francisco Fire tweeted a video Thursday of one of their trucks headed to help battle the Bootleg Fire, burning just east of Medford.

OES361 has been requested for the Bootleg Fire in Oregon as part of a multi-agency Type 1 @Cal_OES OES Strike Team. They are leaving the City now to help our neighbors in Oregon @OregonGovBrown @LondonBreed https://t.co/ahRjpTX2bK pic.twitter.com/Vpthmz8OVE

“We fled on Friday afternoon,” said Tim McCarley, about his home near Bly. “The flames are right behind us. The trees were exploding.”

McCarley, his wife and her son assumed their new home, which they were almost done building, was gone. Tuesday he said the sheriff gave him permission to go back and survey the damage. All their belongings, stored in trailers, were reduced to ash. Their home itself was untouched.

“I don't know why we were that fortunate. There's people here that have lost everything,” he said.

Photo of the Day: Crews work through the night to hold containment lines and limit new growth on the #BootlegFire in south central Oregon. Due to extreme drought and conditions the fire grew to 227,234 acres overnight. #FireYear2021 pic.twitter.com/Bwj8CuCmJp

More than 1,300 firefighters on the ground are working tirelessly to prevent more loss. Kauffman noted, during 2020's historic season, crews were deployed from other countries like Australia and New Zealand.

“I don't know that it's in the realm for this fire at the moment,” he said. “So that scenario of having to sort of reach to the bottom of the barrel in the U.S. and reaching out to our allies in other countries… that happens when we have large sustained efforts on the landscape, and then we have a new start that we can't keep small through our initial attack efforts.”

Oregon Senator Jeff Merkley tweeted Thursday, "The Bootleg Fire should alarm us all."