A fire overnight ripped through an apartment complex in Tukwila. It was the second fire at the apartments within 24 hours. 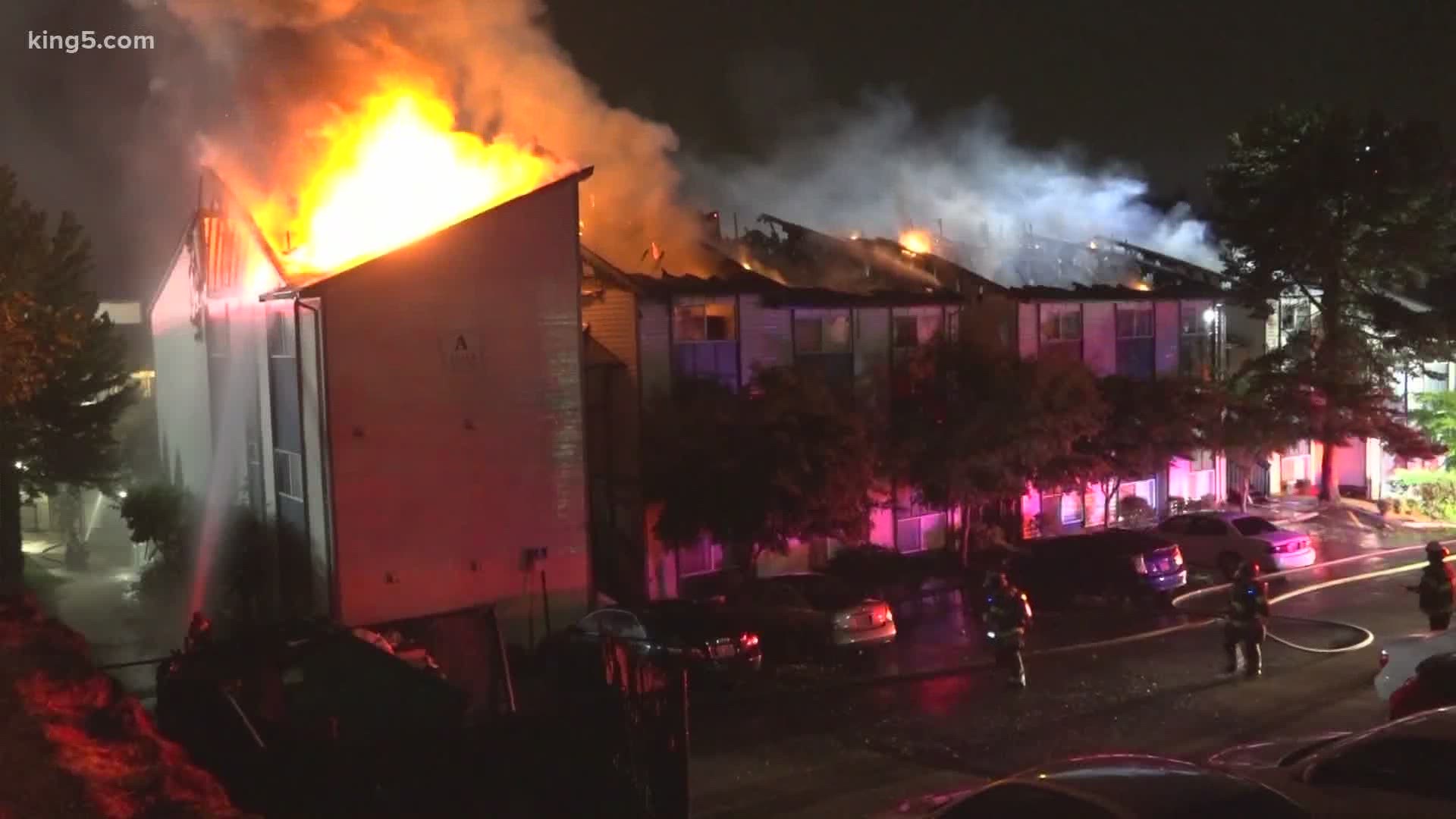 TUKWILA, Wash. — A fire that ripped through a Tukwila apartment complex overnight is now under investigation.

Crews were called to the fire at the Foster Creek Apartments just before midnight on Tuesday.

The fire caused heavy damage to the building.

No one was injured in the fire.

However, it was the second time firefighters responded to the complex in less than 24 hours.

Earlier Tuesday, crews were called to the complex for a two-alarm fire. That fire was stopped within the unit where it began, according to the Tukwila Fire Department.

A total of six units were affected by the first time.