The downtown store will close on Jan. 18, 2020, leaving the downtown core without a general bookstore. 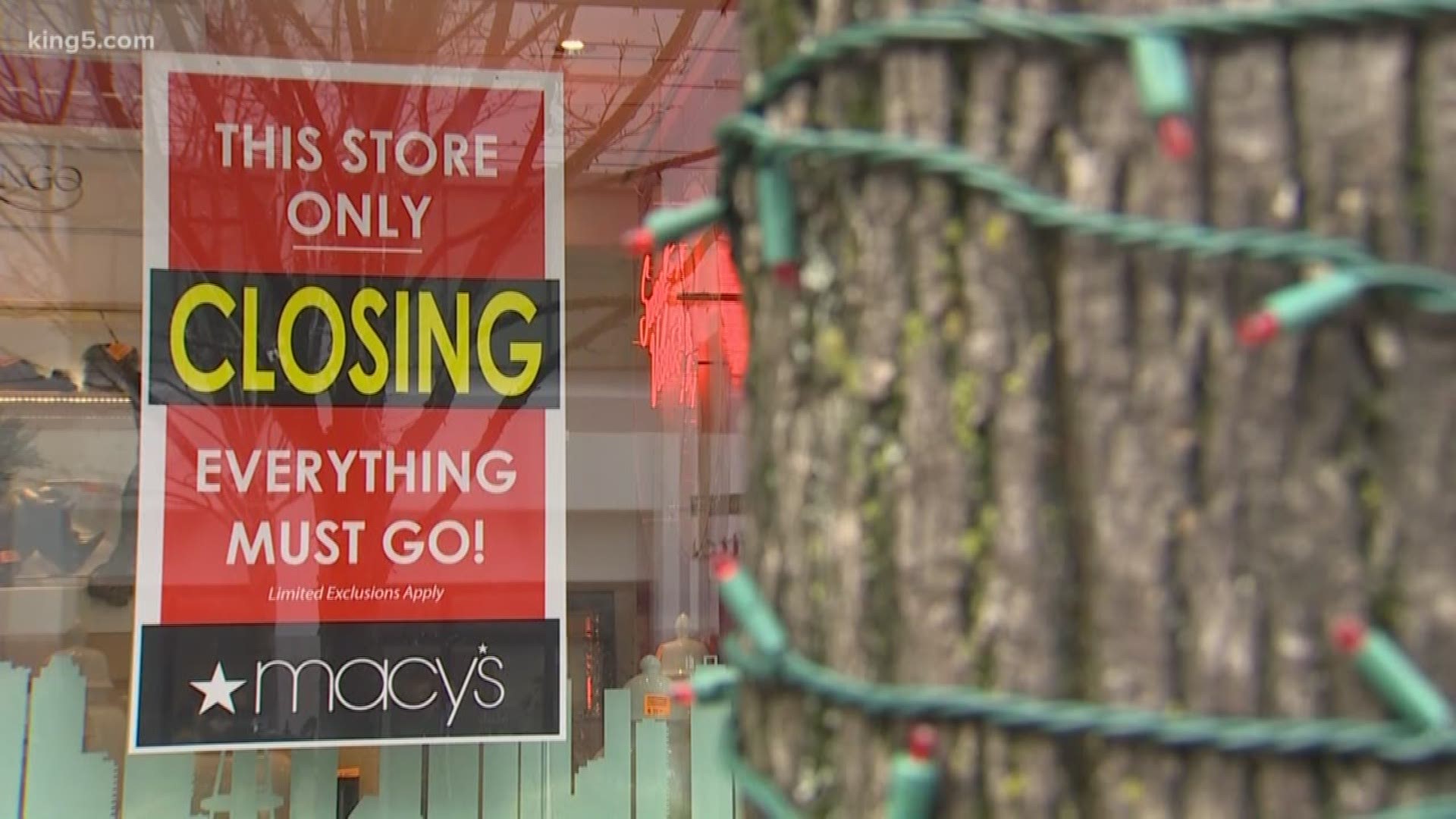 SEATTLE — Seattle may not be The Big Apple. But its downtown core, once ripe with stores, is looking a little barren these days.

Forever 21 is not a forever fixture anymore. The company filed for bankruptcy and closed their downtown store.

Macy's, once famous for their one-day sales, will one day be out of downtown Seattle for good.

The bookstore posted on Facebook this week thanking customers for their patronage over the years.

Barnes & Noble
Thank you, Seattle, for 22 years of your patronage.

The closure leaves Seattle's downtown core without a general bookstore.

The downtown store's sign says shoppers can still find them at the Northgate Mall location at 401 NE Northgate Way, Seattle. The West Seattle branch of Barnes & Noble closed in January 2018.

The bookstore closure comes as other longtime businesses have also left or made plans to leave the downtown core.

Last year, Macy's announced it would sell its flagship store downtown by February of this year.

In a bit of irony, Amazon, which has been blamed for brick and mortar retail problems, will fill space vacated in the Macy’s building.

Jon Scholes, President of the Downtown Seattle Association, acknowledged "we do have concerns” about the sudden vacancies, but that the DSA believes it is “more about their business fundamentals than downtown.”