The city council passed a resolution establishing Ferndale as a Welcoming City. But the document contained a hidden message. 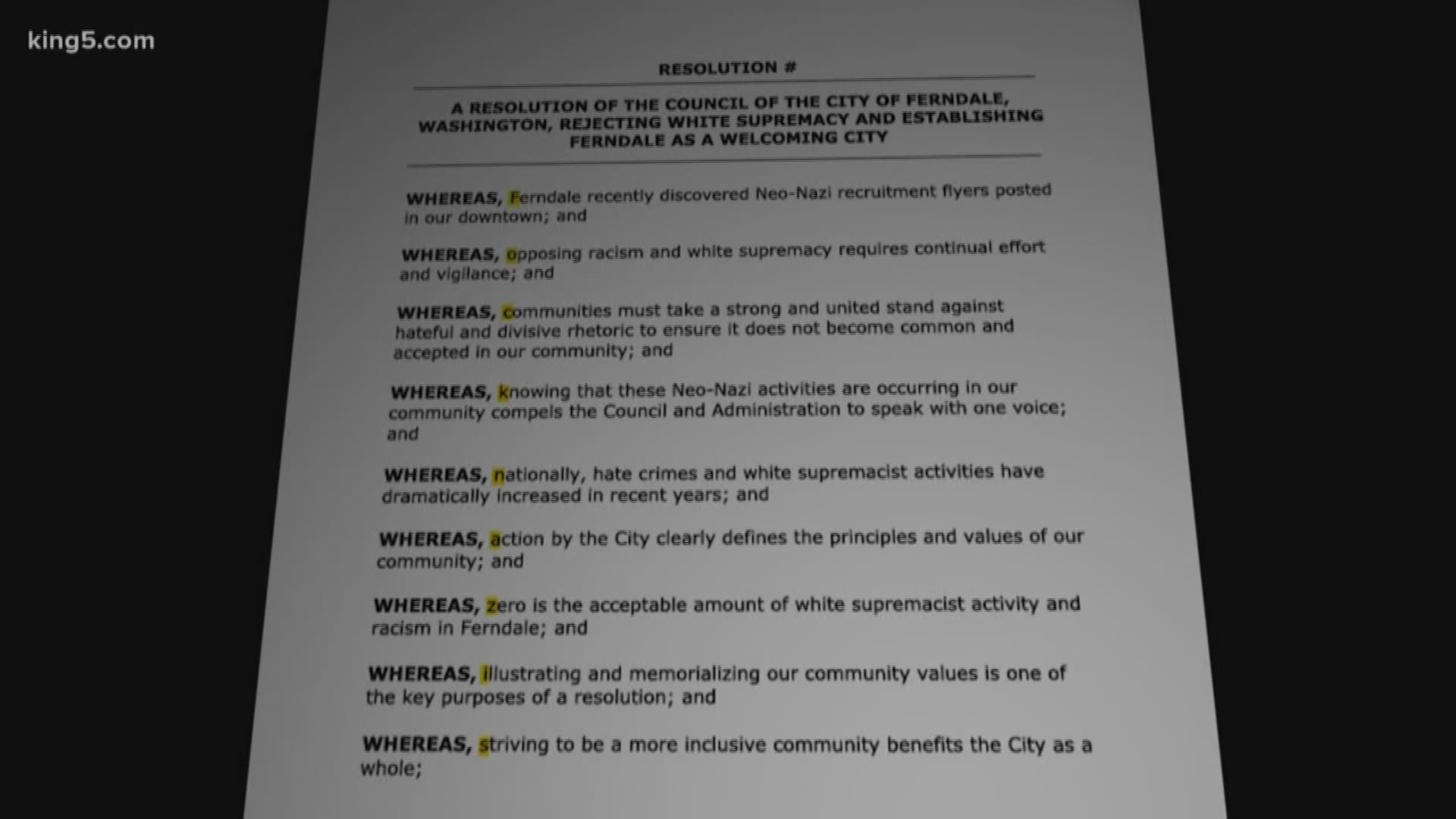 The Ferndale City Council passed a resolution to be a Welcoming City and denounce white supremacy. But the resolution language contains a hidden message.

Monday night's council meeting was standing-room only as the resolution was being read.

Councilmember Rebecca Xczar said the document was drafted after a series of 'neo-nazi recruitment flyers' were posted around town.

"From what I've heard, they'll test the waters in small communities," Xczar said. "And if there's a response, they'll come back. So that's part of this. We're trying to make a statement saying that we don't want that set-up here. We want everyone to feel safe."

Xczar said she wrote a thoughtful, 9-paragraph resolution with help from city staff. But a closer look reveals a more direct message.

The first letter of each declaration spelled out "f-o-c-k-n-a-z-i-s."

"I  thought it was funny at first. I think it is a very serious topic and we didn't want it to detract. We wanted it to be serious and be taken seriously."

While the message remains hidden in plain sight, Xczar stressed, "We want everyone to feel safe."