Orca Bay, a seafood distributor in Renton, and Preferred Freezer out of New Jersey want to build a 314,000 square foot warehouse and processing facility on the former Weyerhaeuser property. 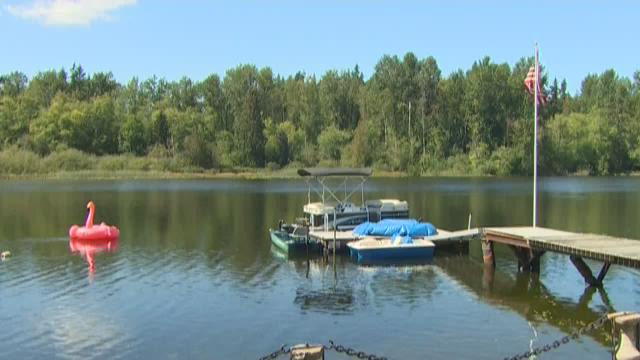 It was the neighbor no one ever thought would leave.

The longstanding timber company will move its headquarters from Federal way to Pioneer Square in Seattle.

Orca Bay, a seafood distributor in Renton, and Preferred Freezer out of New Jersey want to build a 314,000 square foot warehouse and processing facility on the former Weyerhaeuser property.

"It's going to bring in more semi-trucks, which is going to severely impact the already congested interchange of 18 and I-5, " said Federal Way resident Simone Perry.

In addition to the possible traffic impact, the environment is also a concern for residents.

"We have eagles, otters, blue herons -- we have everything here," said Cleary.

According to Orca Bay and Preferred Freezer, the wetlands would be relocated to develop the 19-acre facility.

Right now, the project hasn't gotten the green light yet from the City of Federal Way and an environmental review is still underway.

"If this continues we won't see green on the other side, we're going to see industrial,” said Perry.

City officials repeatedly refused to go on camera with KING 5 to discuss the proposed project and the public review process.

“That's kind of the response we're getting all around. It just seems sneaky," said Perry

Residents can still voice their comments and concerns once the environmental review is complete. Cleary and Perry hope people will speak up

"People are going to go 'Wow, what happened? Why did we decide to let that happen over there?' and then it will be too late," said Cleary.