A Hawaiian dance troupe from Federal Way will perform next week at the Merrie Monarch Festival on the big island of Hawaii. 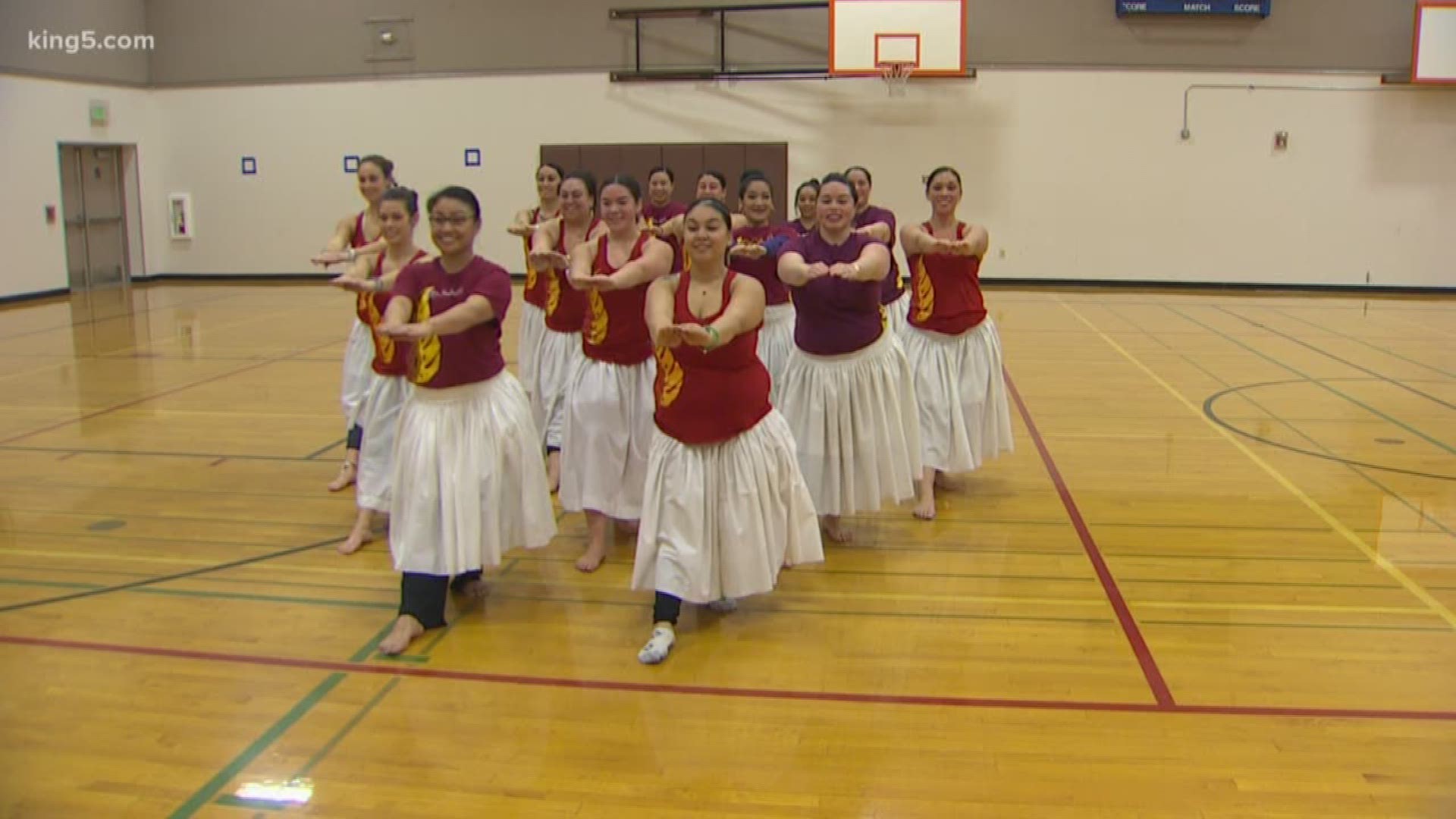 It's often called "The Olympics of Hula."

Hula group "Ke'ala O Kamailelauli'ili'i" is the first from Washington State to be invited to compete in the prestigious "Merrie Monarch Festival" in Hilo, Hawaii. Only the top hula schools are invited to compete in two styles: kahiko (ancient) and auwana (modern). Authenticity, passion, and precision are crucial for a good score.

"Once you make it to the Merrie Monarch stage, it's like you finally made it," says kumu hula Kamaile Hamada. The halau (school) has participated in competitions in California and on Kaua'i over the past 22 years to polish its performances.

The dancers - who range in age from high schoolers to moms - have been practicing six days a week since January to get things "just right." "We are trying to represent our culture here in Washington and show people that we can compete with people who are back home in Hawaii," said Kehau Mann, who has danced with the halau for 16 years.

Leilani Pedreira said her mother, who passed away two years ago, would be extremely proud. "She waited her whole life for this moment. So it's a huge opportunity, especially in honor of her and in honor of the Hawaiian community here."

Barbara Jean Misea Vigil (right), dreamed of the day she would see her daughter, Leilani Kaaiwela-Pedreira, dance at the Merrie Monarch Festival.&nbsp;Sadly, Barbara Jean passed away in July 2016. Leilani says she will dance in her honor.

Hamada says hula and chants are the oral history passed down through the ages. "So if we don't chant, if we don't sing, if we don't do hula, then our history dies."

The festival honors King David Kalakaua, who reigned from 1874 to 1891. He was called the Merrie Monarch because he loved music and parties, but is also credited with reviving the hula and pride in Hawaiian traditions.