The building had formerly been a church and was currently empty with plans to renovate it so it could host other community groups, the fire department said. 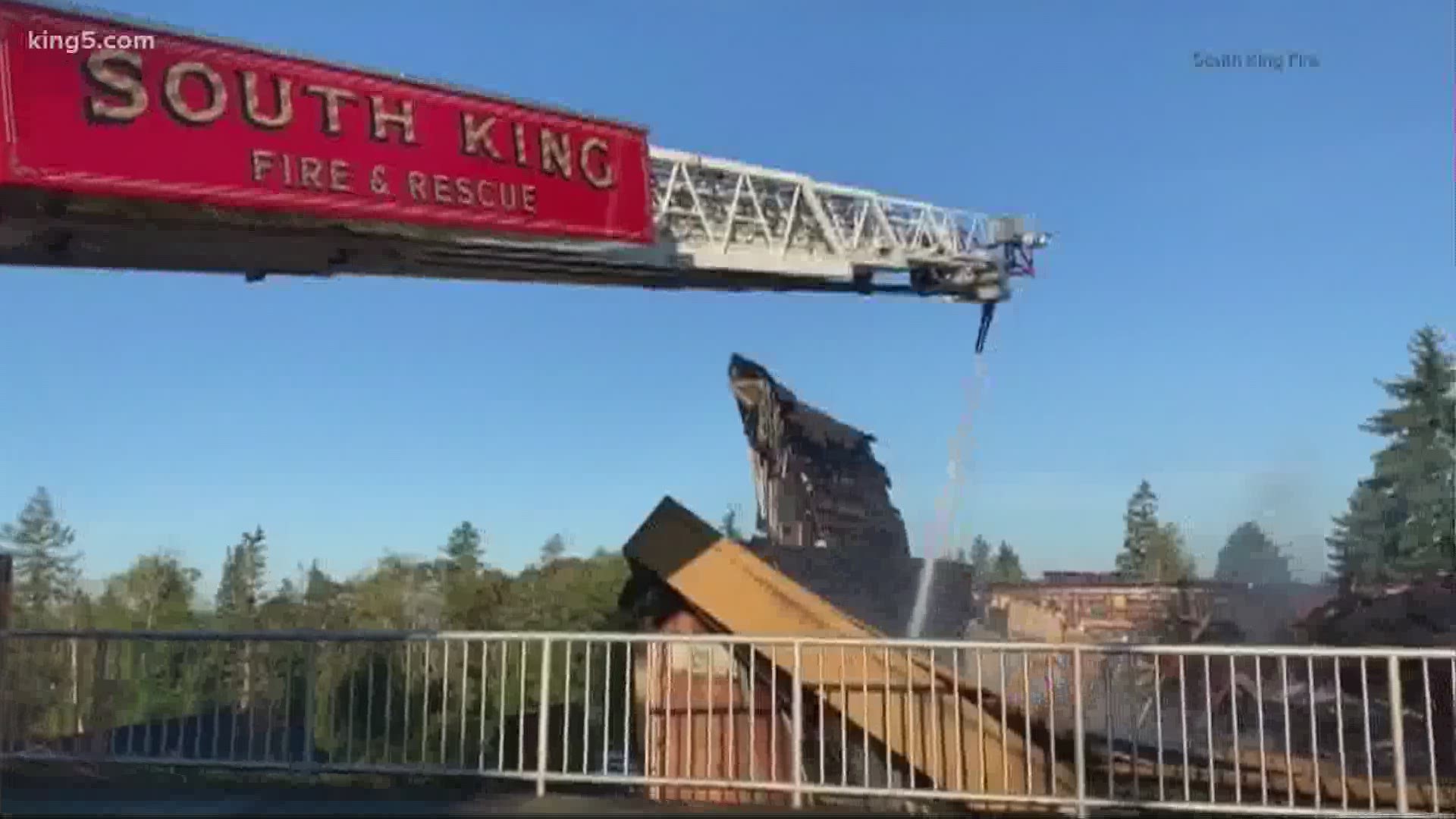 FEDERAL WAY, Wash. — A search is underway for an arsonist who targeted an empty building that a mosque hoped to move into in a few months.

The early morning fire destroyed a Federal Way building along Pacific Highway at the corner of South 279th Street.

The building was heavily damaged by the fire. Firefighters knocked over what was left standing because of concern that it might collapse and put someone in danger.

The building had formerly been a church and was currently empty with plans to renovate it so it could host other community groups, the fire department said.

Fire investigators say they have evidence this was intentionally set but need help from the public to figure out who is responsible.

However, the Bilal Islamic Community Center had not yet moved to the location, so investigators do not believe the site was targeted because of their religious affiliation.

Firefighters responded to the building around 3 a.m. on Friday and a significant portion was burning when they arrived. Crews focused on a defensive fight, just trying to contain and keep it from spreading, fire officials said.

Responding firefighters faced challenges as they tried to extinguish the flames. They had to pull 700 feet of supply line to get water on it and it took hours to put it out, according to fire officials.

Investigators have not released details about what they uncovered to show it was arson but they talked about the difficulty of these investigations.

“The roof collapsed on itself so that's another reason why we weren't able to make entry and with the amount of water you have to put on it can wash away evidence but the King County Sheriff's Fire Investigation unit has many years of experience and they're really well versed in that,” said Captain Brad Chaney of South King Fire and Rescue.

The Bilal Islamic Community Center, which has been meeting a few miles up the road in a Kent shopping center, had hoped to move into the building in December.