Seattle Children's reopened Thursday after a deep clean and change in air system after dangerous levels of mold found in operating rooms. 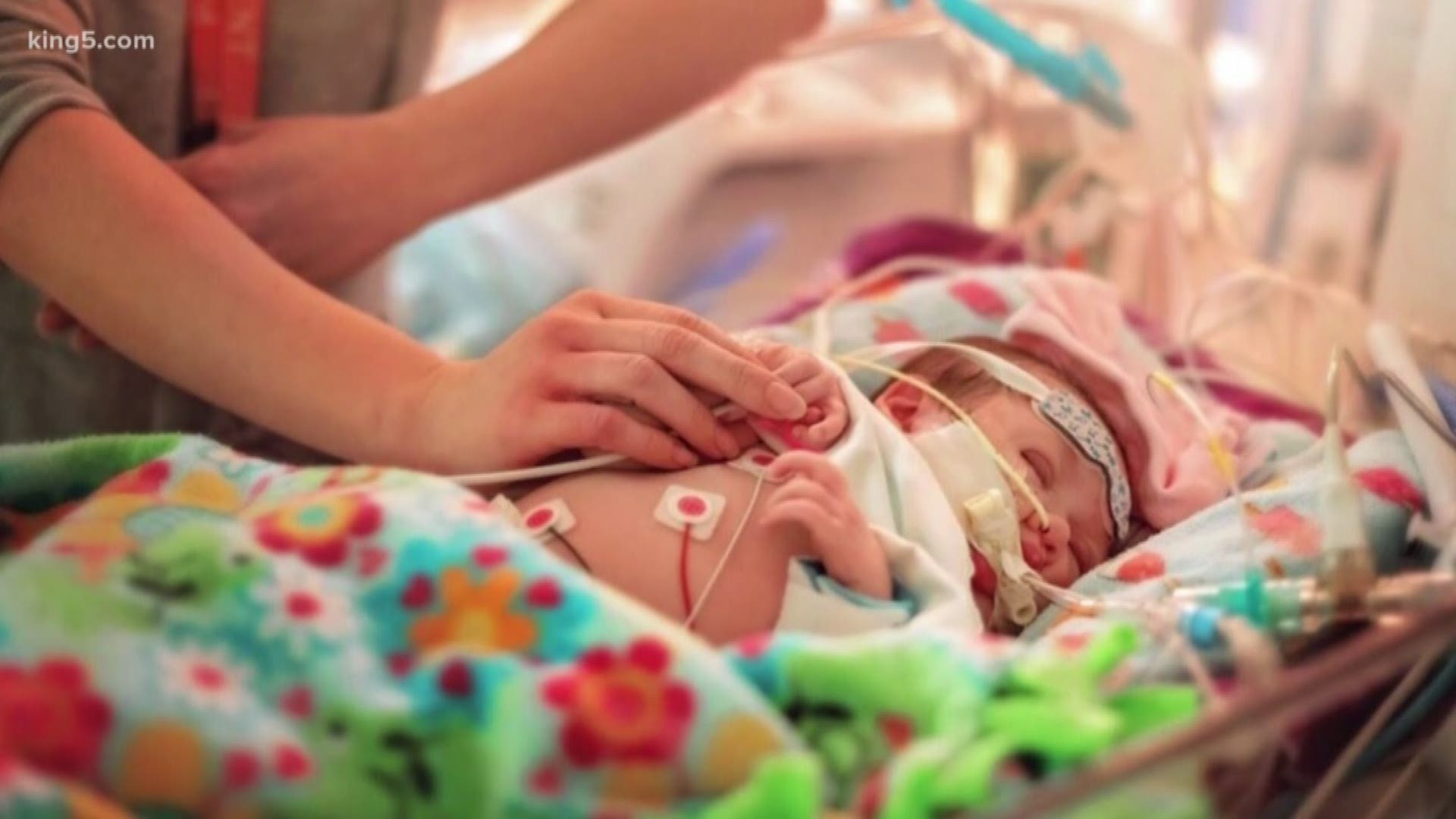 Seattle Children’s Hospital has opened its operating rooms again after dangerous levels of mold were detected. But for families with loved ones who may have been exposed to the unhealthy conditions, the story is far from over.

“Terrifying, your heart kind of goes in your throat because you don’t know what’s wrong and I didn’t know what to do aside from get help,” said Sheri Ferguson.

Ferguson knows it’s a miracle that her child is alive and in her arms. At just five weeks old her daughter, Kieran, was diagnosed with Respiratory Syncytial Virus (RSV) a respiratory virus common in babies. While in the hospital, doctors found multiple heart defects that required surgery. Ferguson Skyped with us from eastern Washington.

The surgery happened in March, two months before Children’s Medical Center closed all operating rooms to deal with an air quality issue in the building. Dangerous levels of mold were discovered, and it is believed to be the cause of a patient's death and five other infections spanning back two years.

"We have done everything possible and more than would be required in the code for that building to make it safe," said Dr. Mark Del Beccaro, Seattle Children’s Chief Medical Officer, during a press conference.

The hospital reopened Thursday after a deep clean and change in air system but for the Ferguson family their experience isn’t over.

“We ended up staying three weeks after the surgery because still sick. Was it RSV or was it something else?” Ferguson asked.

Due to possible exposure, Ferguson and her daughter will make weekly trips to Seattle Children’s for testing which is a two hour trip from their home in Shelton.

“It’s easy in comparison to what she’s already been through,” Ferguson said.

A mom who admits her emotions are conflicted said she is grateful for the hospital who saved her daughter’s life. She's also angry knowing what her daughter could have been exposed to.