A disc jockey in Lynnwood was attacked Saturday morning by self-professed members of a neo-Nazi group. 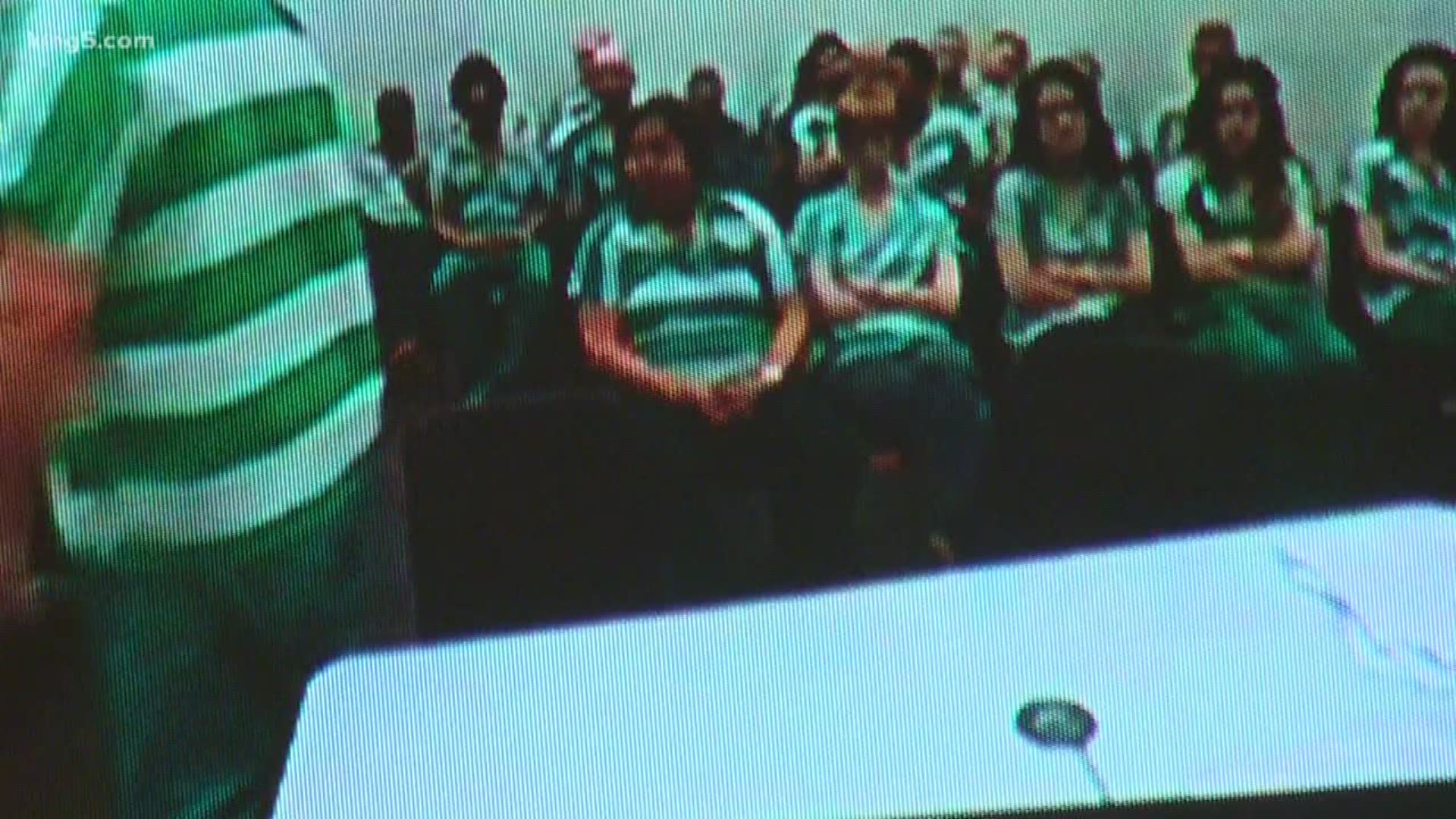 The people arrested over the weekend for allegedly assaulting two men at a Lynnwood tavern are self-professed members of a neo-Nazi group, according to the Snohomish County Sheriff's Office.

The eight suspects, seven men and one woman, are believed to be from Washington, Pennsylvania, North Carolina, Illinois, and Oregon. It was initially reported that nine people were arrested.

Snohomish County detectives say the suspects started harassing and assaulted a black man working as a DJ at the Rec Room Tavern early Saturday morning. When they were told to leave, bar witnesses said the group got violent and started beating the DJ. An employee at the tavern who is Asian was injured when he attempted to help, according to the sheriff's office.

“We do not and will not ever tolerate acts of hate in Snohomish County. The violent behavior directed at members of our community over the weekend simply because of their race is disgusting. The Sheriff’s Office is partnering with the FBI in hopes of getting the strongest sentencing possible for these hate crimes,” said Sheriff Ty Trenary.

According to witnesses, the suspects entered the bar and harassed the DJ. The disc jockey says he was approached by a man who ordered him to play heavy metal music. The DJ instead took a smoke break. When he returned, he was assaulted and targeted with racial slurs.

While it's unclear whether the attack was premeditated, Snohomish County Sheriff's Department spokeswoman Shari Ireton says the suspects didn't hide their hate.

"Specifically, for the person who is from Snohomish County, we've had interactions with him several times. He is listed in our jail registry as a white supremacist," said Ireton. "The others had tattoos or clothing that would identify them as that, or they told patrol deputies. It was a combination of any of those three things."

Authorities believe the suspects were in the area to take part in what white supremacists call Martyr's Day, which marks the day Robert Jay Mathews was killed in a shootout with FBI agents on Whidbey Island in 1984. Matthews led the domestic terror group The Order in the mid-1980s.

According to the Southern Poverty Law Center (SPLC), which tracks hate groups, the group was responsible for the murder of Jewish talk radio host Alan Berg who was "known for his fiery debates with white supremacists who called into his show."

KING 5 is not identifying the suspects because they have not been formally charged. However, one of them is a Pennsylvania man who the Southern Poverty Law Center says was previously arrested in 2010 for severely beating a homeless man with metal pipes and baseball bats. The assault took place while he was a soldier with the 82nd Airborne Division based at Fort Bragg, according to SPLC.

"Unfortunately for the Northwest, you have the people traveling through on their way to Whidbey Island every single year. That puts Washington state in the cross-hairs of some the most dangerous white supremacists in the United States," says SPLC's Heidi Beirich.

The Snohomish County Sheriff's Office says the suspects are under investigation for malicious harassment, assault, malicious mischief and driving under the influence.

The disc jockey asked not to be named. One man who brawled threatened to "find him and kill him," The Seattle Times reports.

All eight of the defendants are expected to be charged Tuesday. There is video of the attack that prosecutors are currently examining.

The two men who were attacked were not seriously hurt.