Kevin Broadway was put up for adoption at birth and found his father more than 50 years later through ancestry. 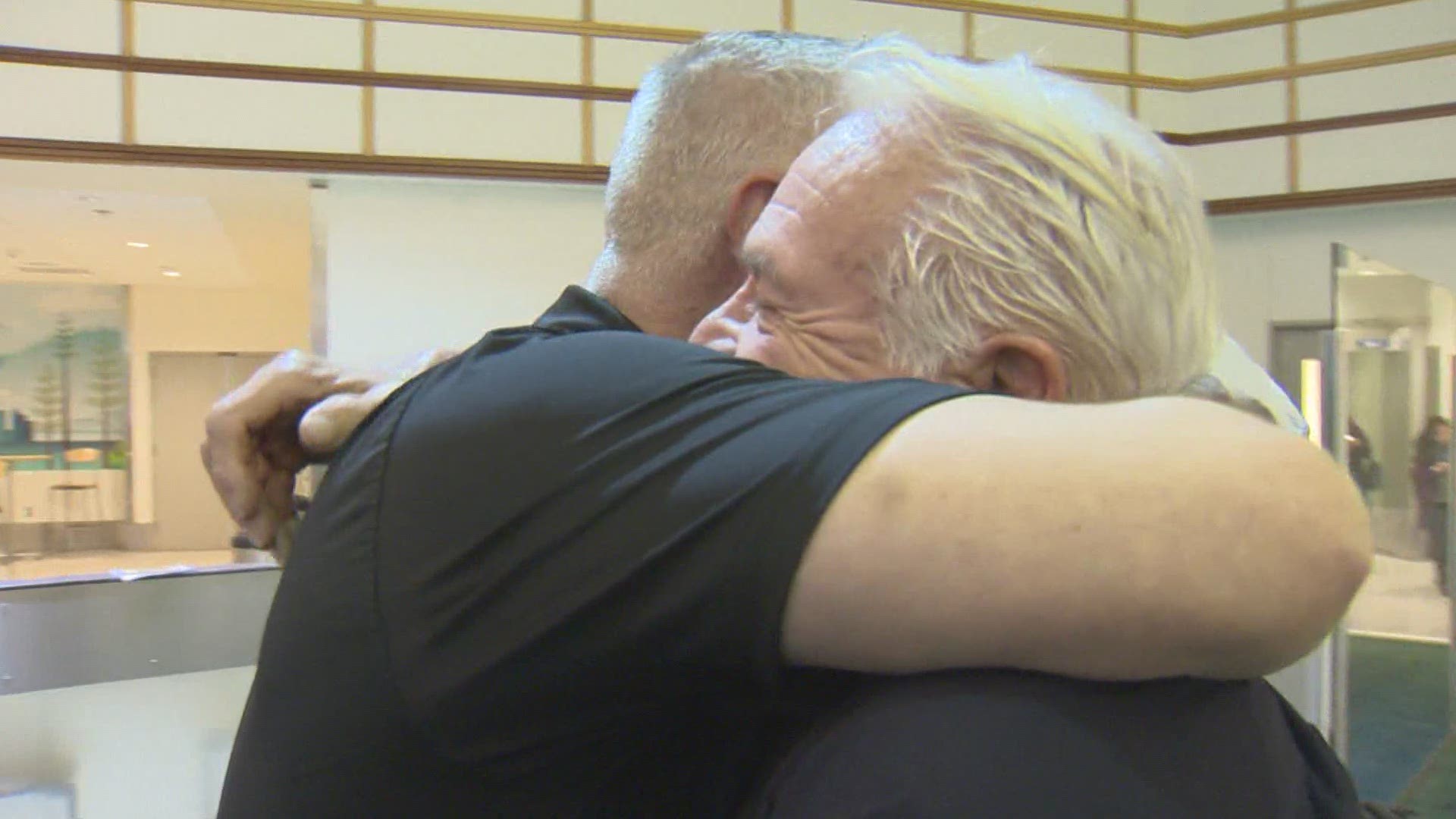 PORTLAND, Ore. — Thanksgiving 2019 will be a holiday Kevin Broadway will never forget. The Battle Ground man went to Portland International Airport to meet his biological father for the first time.

"I'm anxious," Broadway said ahead of the meeting. "I'm excited."

Broadway says he was put up for adoption at birth after his mom and dad had a brief relationship at a very young age.

More than a decade later, it was Broadway who found his dad, with a little help from his wife.

"Ever since we've been together I've wanted to find his biological father," said Marcy Broadway. "Two years ago I bought him ancestry.com hoping to find him."

In August, Broadway and his dad connected over email and by phone. They lined up a face-to-face meeting for Thanksgiving. Broadway, his wife, and son went to PDX and waited for Gregory Henderson, who was accompanied by his daughter. The two emerged from the airport's secure area for an emotional meeting.

"Good to meet you," said Broadway.

"Nice to meet you," responded Henderson.

After the introductions were complete, the two could breathe a little easier.

"This is the best part," added Broadway. "I wanted to get the ice breaker done and now we can move on with our weekend and be grateful."

Broadway has a message for anyone who may be looking for family.

"Give it a shot if that's something you want to pursue," he said. "Technology has gone through the roof."