Heavy rain forced some rivers over their banks, flooding pastures and roads around Western Washington. 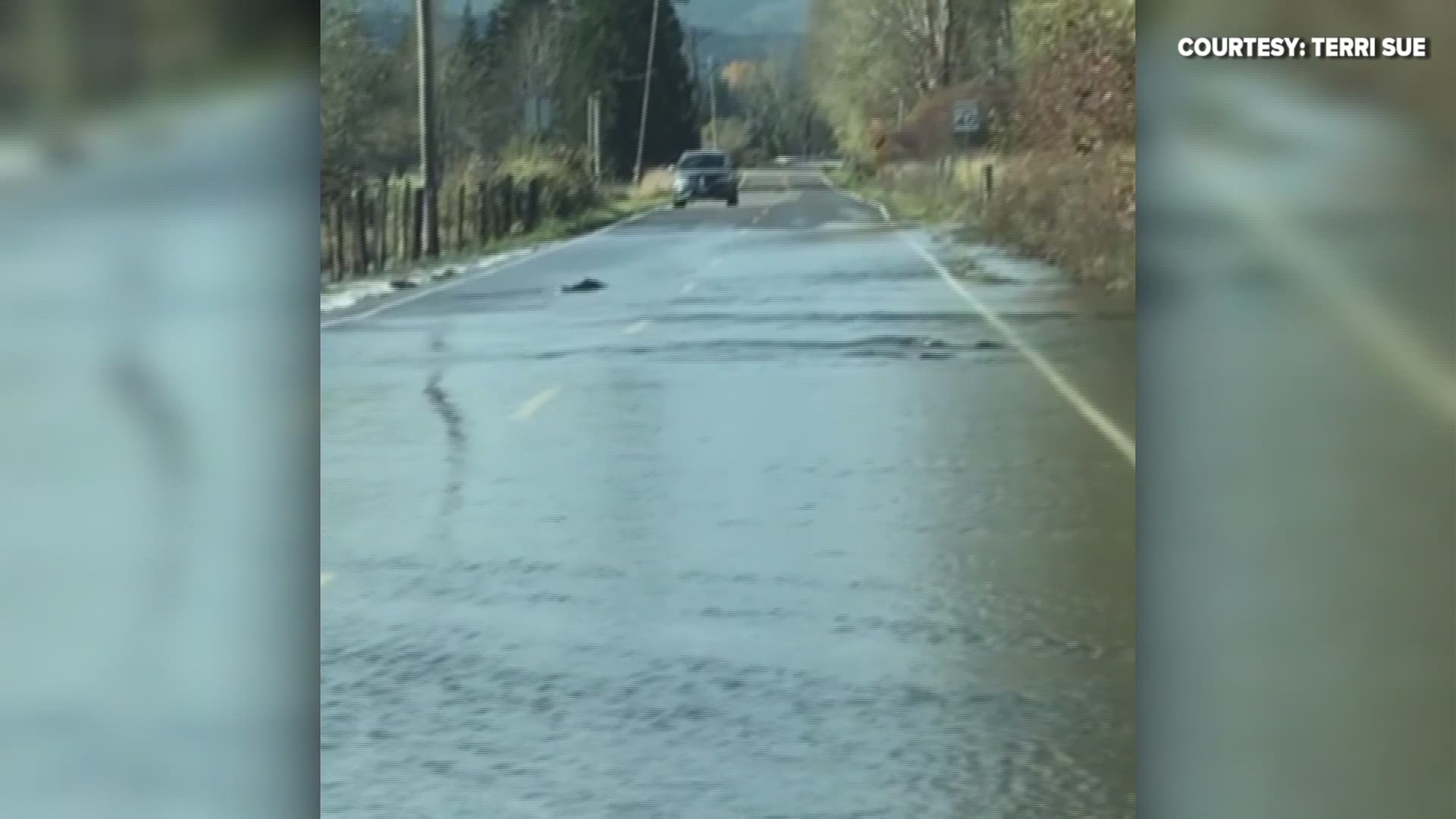 After days of heavy rain, some rivers around Western Washington continue to rise, causing flooding in several counties.

In Mason County, the Skokomish River spilled onto a road, which prompted salmon to swim across. Cell phone video from Shelton shows dozens of fish trying to cross the road while vehicles try to avoid hitting them. A flood warning for the Skokomish River remains in effect.

In King County, the swollen Snoqualmie River continues to flood pastures and roadways, and more flooding is expected. A flood warning remains intact but should be lifted sometime Monday.

The National Weather Service (NWS) cautions drivers to never take a vehicle through any flooded area, which is the main cause of flood-related deaths in Washington. Watch for rapidly changing conditions. Turn around, don't drown.

After our weekend dousing, the week ahead is looking very different. While there are a few opportunities for scattered showers on Monday, we'll turn the corner to a drier Tuesday.

RELATED: 5 Things you should know about November weather

A pattern of high pressure will settle over us for a mostly dry week. The weather may feel reminiscent to last month's foggy mornings and sunny afternoons. It's the kind of pattern that keeps the rain away, but also brings a chill to the air and low clouds to start the day.

After a week of high pressure, it looks like a few showers should return by Friday. 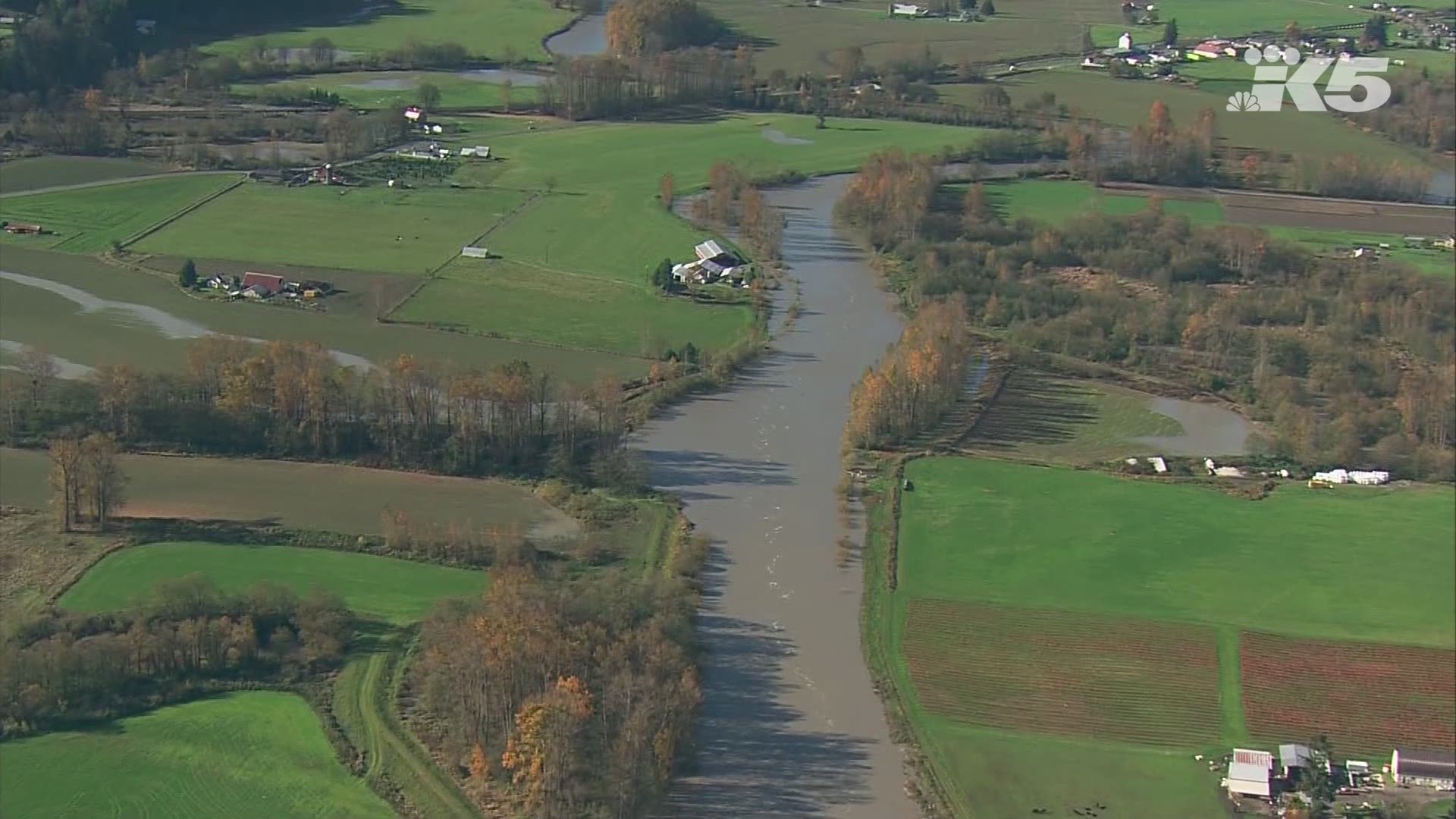 SkyKING flew over Snoqualmie Falls last week, where the water was raging: 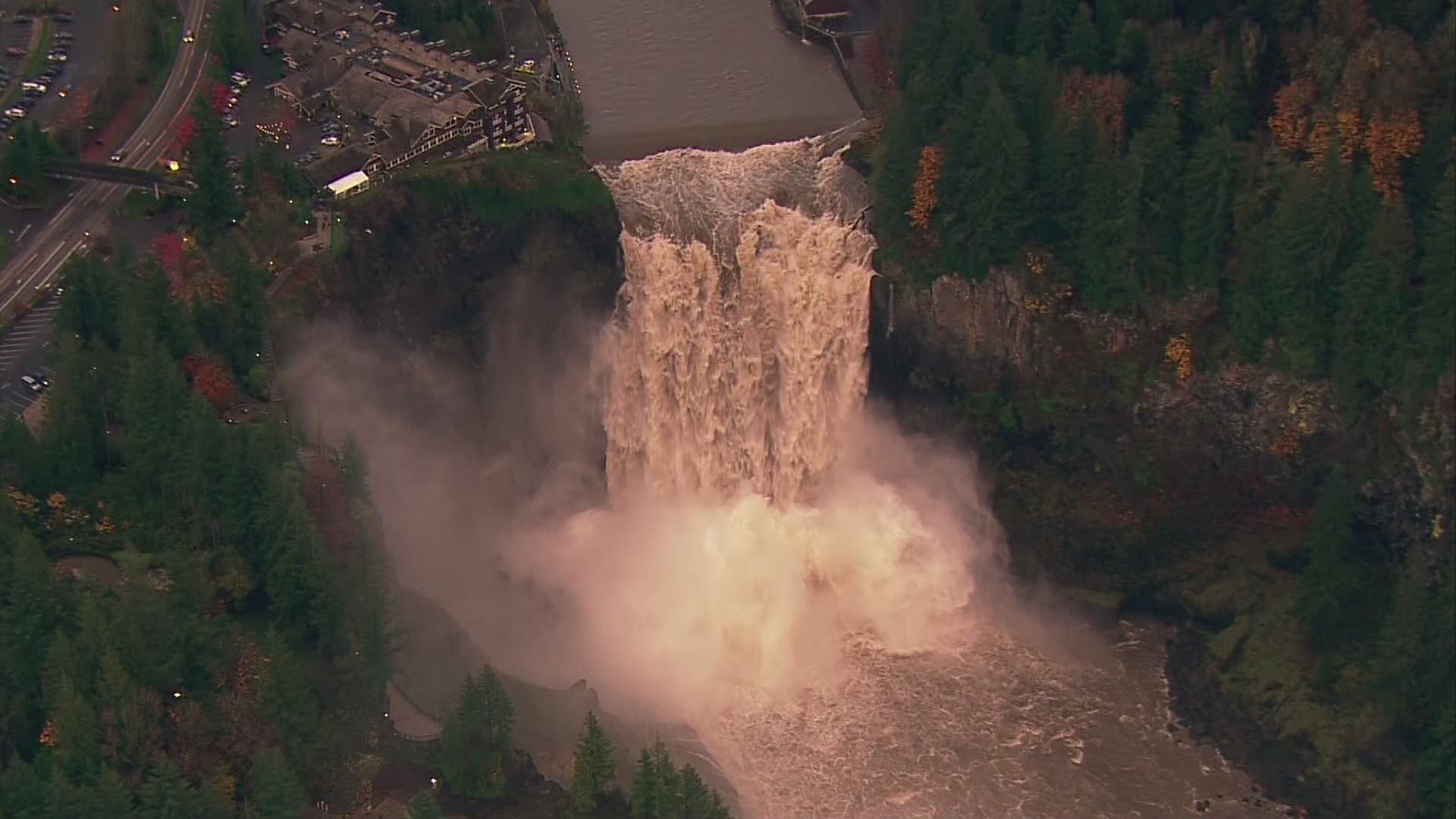