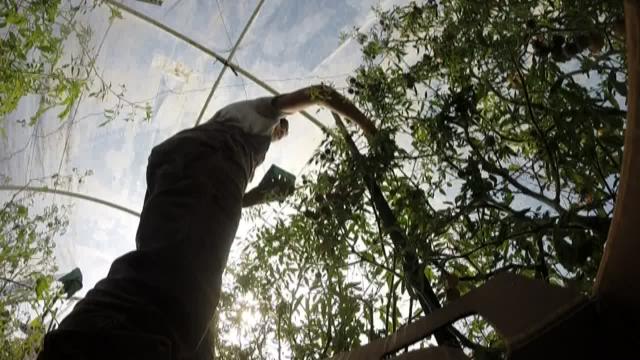 In a couple weeks, a food justice dinner will take place in Seattle. The 11-year tradition focuses on healing communities through farmers.

The keynote speaker will be a King County farmer who wants to help our polarized country find community through food.

“It’s a Tagalog word. It means to eat with your hands. It’s a traditional way in the Philippines of eating on a banana leaf. It’s a communal way of eating,” she said.

“When we look at land as something that’s to be profited off of rather than taken care of. That becomes a part of how we exchange as people too,” she said.

De Lena’s part of the Experience Farming project through Sno-Valley Tilth, an opportunity for people to start farming without the usual cost of land and equipment, often partnered with a mentor. She’s also part of a greater movement to spread what’s often called food justice.

The goal is to empower small farmers to succeed in a corporate agricultural world.

“When you invest your dollars locally, there are ripple effects. It goes throughout the local economy," said Community Alliance for Global Justice Executive Director Heather Day.

“How can we create strong local economies throughout our country but also the world where people are just surviving, but they’re thriving?” Day said.

De Lena once worked on food policy at the federal level, but recently realized she’d have more impact growing something new among her own neighbors.

“Just regain a sense of knowledge and a sense of agency over their health and their bodies and their relationship to the land,” she said.

De Lena will be speaking at the Food Justice Dinner on October 21 at University Christian Church. To learn more about the dinner, visit the Community Alliance for Global Justice website.