It was a soft launch of sorts for an organization that’s bringing fans back to live sports while at the same time working to stop the spread of the coronavirus. 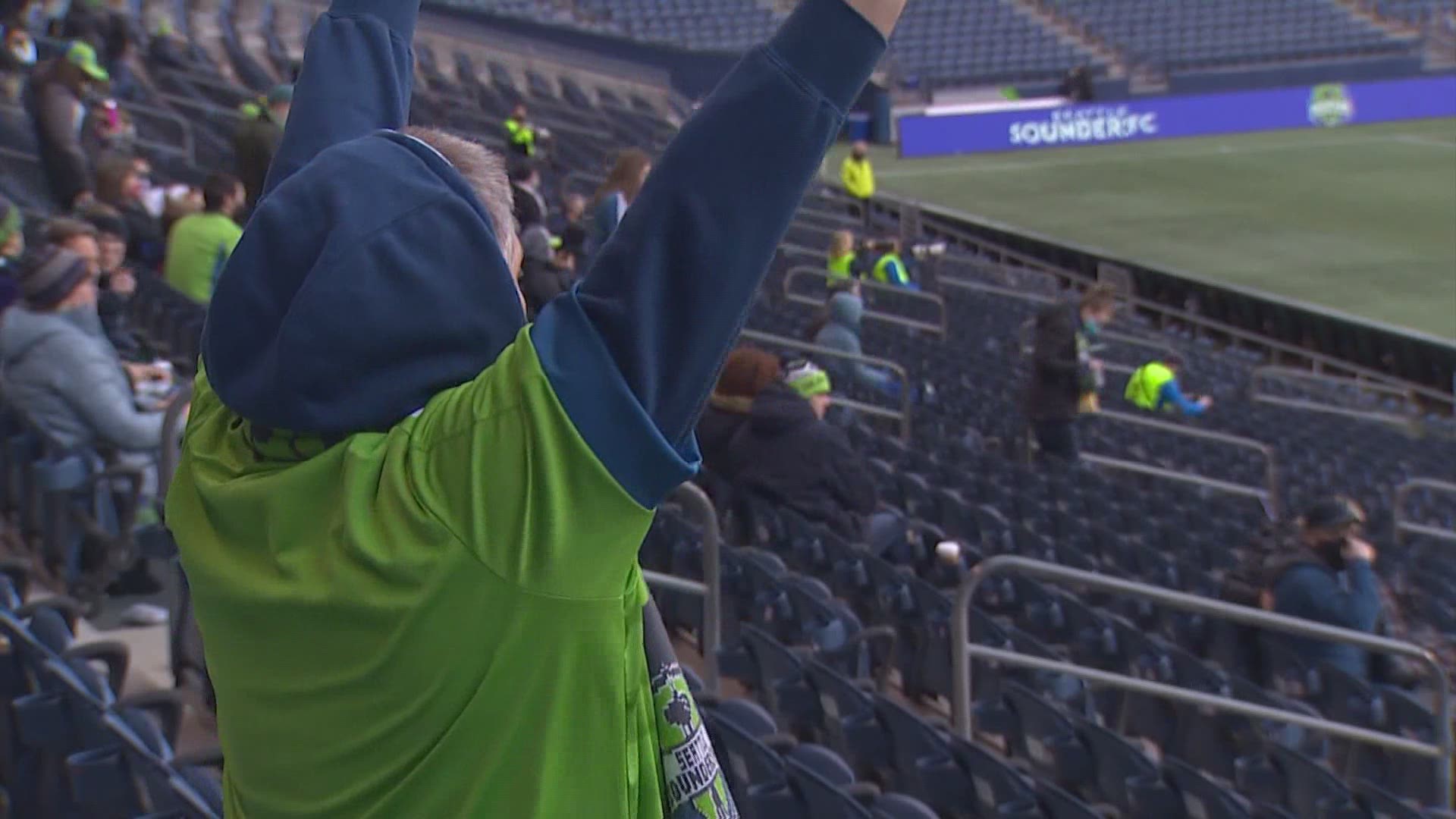 SEATTLE — The Sounders took on San Diego Saturday in their first MLS game played at Lumen Field in Seattle with fans in more than a year. Most of the 200 fans in attendance were frontline healthcare workers.

It was a professional soccer game happening on the same property where earlier in the day COVID-19 vaccines were distributed.

"This is probably the toughest year and as you get older it’s a little tougher and we looked forward to every single game and were just so excited to turn the TV on and see our players on there," said Sounders' season ticket holder Claire Collins.

Saturday’s preseason game between the Seattle Sounders FC and San Diego 1904 FC was the first professional soccer game in more that 13 months that included tickets, concessions and fans.

"It is surreal. I feel like I’ve been let out of a cage. It’s been really hard the last year and we have missed the Sounders so much," Collins continued.

Seats were made available to employees of Virginia Mason Franciscan Health and to season ticket holders. It was a soft launch of sorts for an organization that’s bringing fans back to live sports while at the same time working to stop the spread of the coronavirus.

Payment at Lumen Field is now touchless as cash won’t be accepted and anyone who enters must agree to a health screening.

"Fans will be seating in what we call pods. These pods are members of the same household or the same quarantining unit and these pods are anywhere between one and six tickets," said Taylor Graham of the Sounders organization.

During the regular season attendance will be capped at 7,000 fans. That’s just a fraction of the 69,000 plus that cheered the team on to an MLS Cup Championship in 2019.

"It’s not going to be normal but it’s going to be so much better than it was last year with no fans," Graham said.

A sentiment that many of the fans attending Saturday night’s game will likely agree with.

"I can’t tell you how excited we are to be back. Even in an empty stadium. We can’t wait until we fil it up," Collins continued.

The Sounders defeated San Diego Saturday 1-0 in the final match of the 2021 preseason.

Tickets will go on sale to the general public on Wednesday, April 14 for Friday’s home opener against Minnesota. To start, only the first five home matches in April and May will be available for purchase by the general public.

RELATED: Mariners fans to sit in 'pods' as part of safety protocols for opening day