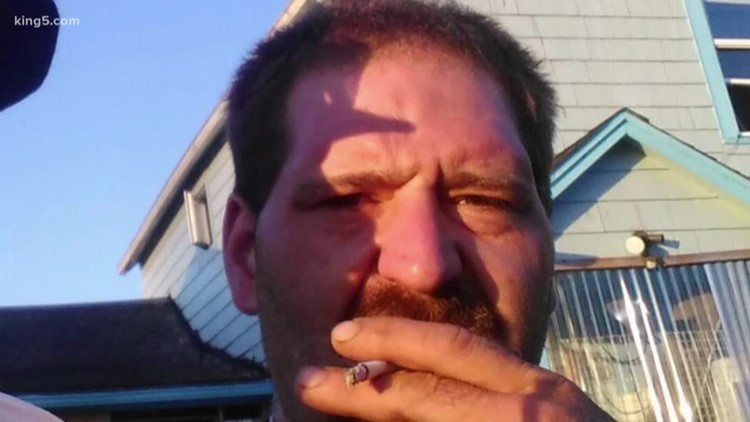 Kristopher Fitzpatrick was killed Monday after Aberdeen police said he pulled a gun on officers while they tried to arrest him.
Author: Drew Mikkelsen
Published: 5:55 PM PDT September 11, 2019
Updated: 6:05 AM PDT September 14, 2019

ABERDEEN, Wash. — The family of an Aberdeen man shot and killed by police want to know why police did not use less-than-deadly force.

Kristopher Fitzpatrick was killed Monday after Aberdeen police said he pulled a gun on officers while they tried to arrest him.

Police said Kris Fitzpatrick, who has a criminal history, repeatedly said he did not want to go back to prison.

“I’m more than angry,” said brother Corey Fitzpatrick, who acknowledged Kris had a warrant out for his arrest.

Corey Fitzpatrick does not think his brother would have threatened police with a gun.

“You wonder what was going through the police’s head?” asked Corey Fitzpatrick.

Some commenters on websites raised questions about the shooting and whether Fitzpatrick was armed.

"Community concern about the details of the incident are expected and while there may be partial or unsourced video and/or comments made on social media, the authorities caution the public and media to avoid drawing conclusions until the investigation is completed."

The quality of the video circulating on social media is poor, according to Grays Harbor County Sheriff Rick Scott.

Investigators on Thursday released a still image from the original copy of the video, which they say shows Fitzpatrick holding a gun.

The Grays Harbor County Sheriff released this photo of the suspect involved in the Sept. 9 shooting in Aberdeen. They say the photo shows the suspect holding a gun.
GHCS

An exact date of when that video will be released was not given.

Aberdeen police encouraged anyone who claims to have "first-hand knowledge" of the incident to contact the Grays Harbor County Sheriff's Office.