The claim was filed the day before the city of Tacoma rolled out a new database tracking uses of deadly force. 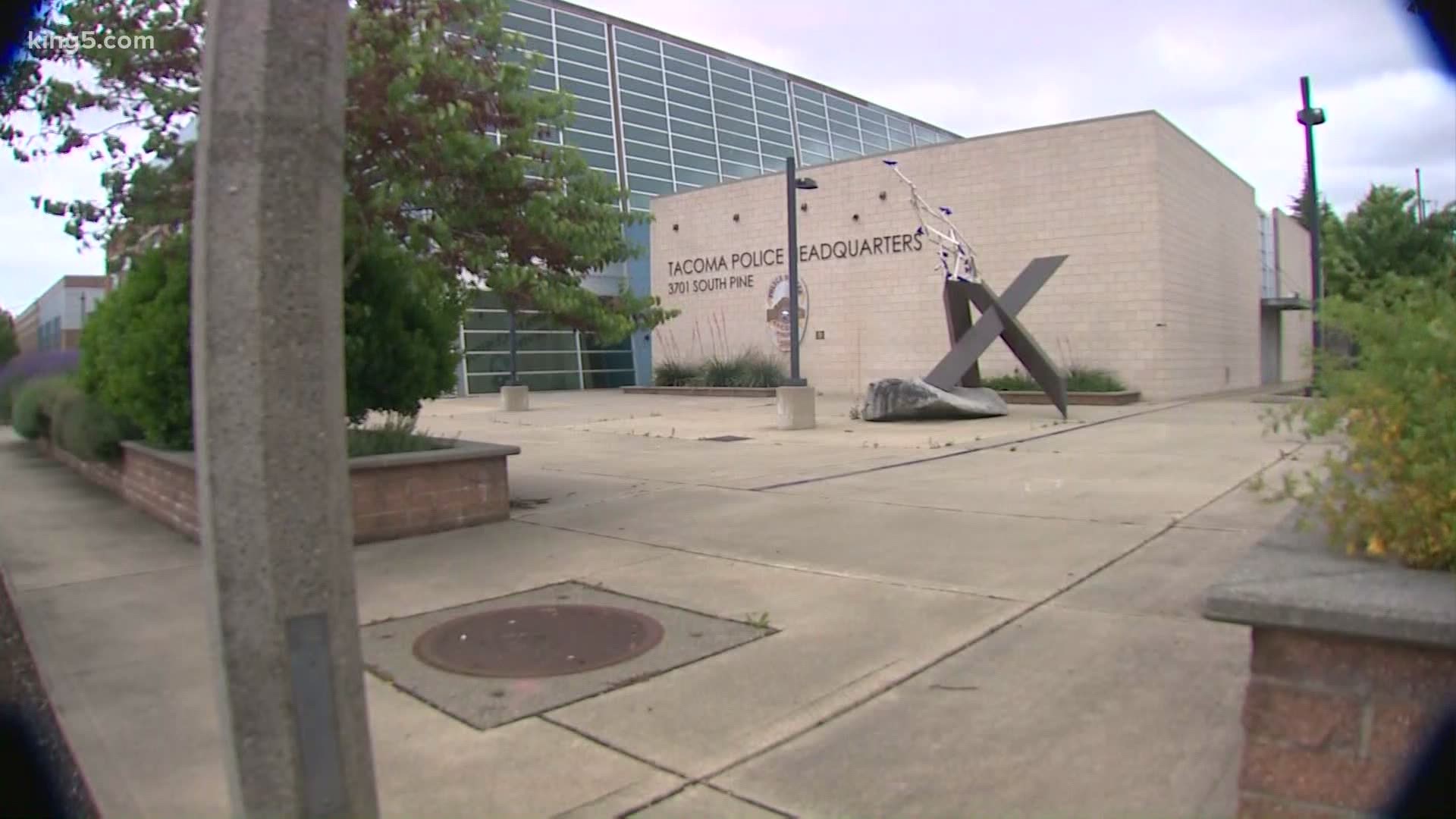 TACOMA, Wash. — Almost a year after a Tacoma police officer shot a man to death during a traffic stop, his family has filed an excessive force claim against the city and the officer.

Officer Ryan Bradley shot and killed 24-year-old Bennie Branch on September 8, 2019. Crystal Lloyd, an attorney for the Herrmann Law Group representing the Branch family, said a federal lawsuit was expected to be filed within 60 days.

“Mr. Branch’s mother was present at the scene,” Lloyd said. “She’s understandably incredibly devastated by what she saw happen, and she wants to see justice prevail.”

According to Lloyd, Branch’s mother has said that Branch was pulled over for a traffic stop and there was a scuffle.

“Mr. Branch was pulled out of the vehicle and at some point during that scuffle, he had a BB gun on his person that became dislodged,” Lloyd said. “The officers either brushed or kicked it to the side so it was no longer on Mr. Branch’s person.”

“After he was tased, he was able to get free from the officers, and as he was running away from them, he was shot multiple times in his arms and back,” said Lloyd.

Tacoma police released a vague statement after Branch’s killing saying “a traffic stop was made in the 3400 block of Portland Avenue which resulted in an officer-involved shooting. The officer was not injured. The 24-year-old male subject was pronounced deceased at the scene.”

Since the shooting, Lloyd said authorities have left the family in the dark about the status of the investigation by the Pierce County Sheriff’s Department.

“Why are we 10 months out from the date of this shooting and we don’t have an investigative report from the sheriff’s department?” Lloyd asked. “We don’t have an answer yet from the prosecutor’s office regarding whether or not this officer is going to be charged.”

Adam Faber, a spokesperson for the Pierce County Prosecutor’s Office, confirmed that the case had been turned over to prosecutors.

“Our review of it is still ongoing,” he said in an email.

Branch’s case is one of four pending cases listed on a new Use of Deadly Force Resource web page that the city of Tacoma launched this week. The website provides case names, numbers and dates of deadly use of force incidents along with the status of the investigation, information on the officer or officers involved, and links to public statements and press releases from city agencies and officials.

In a statement issued to KING 5, Tacoma City Manager Elizabeth Pauli said, “Over the past several weeks, it has become glaringly apparent that we as a city needed to have a way to communicate about these types of cases that is transparent, open and publicly available.”

Branch’s case on the website contained little information. The link to public statements for his case gave an error message.

“I think the idea behind it is a great step forward compared to what we’ve had in the past,” Lloyd said. “However, [the website] doesn’t appear to yet be useful to the extent that there’s not much information posted on it currently.”