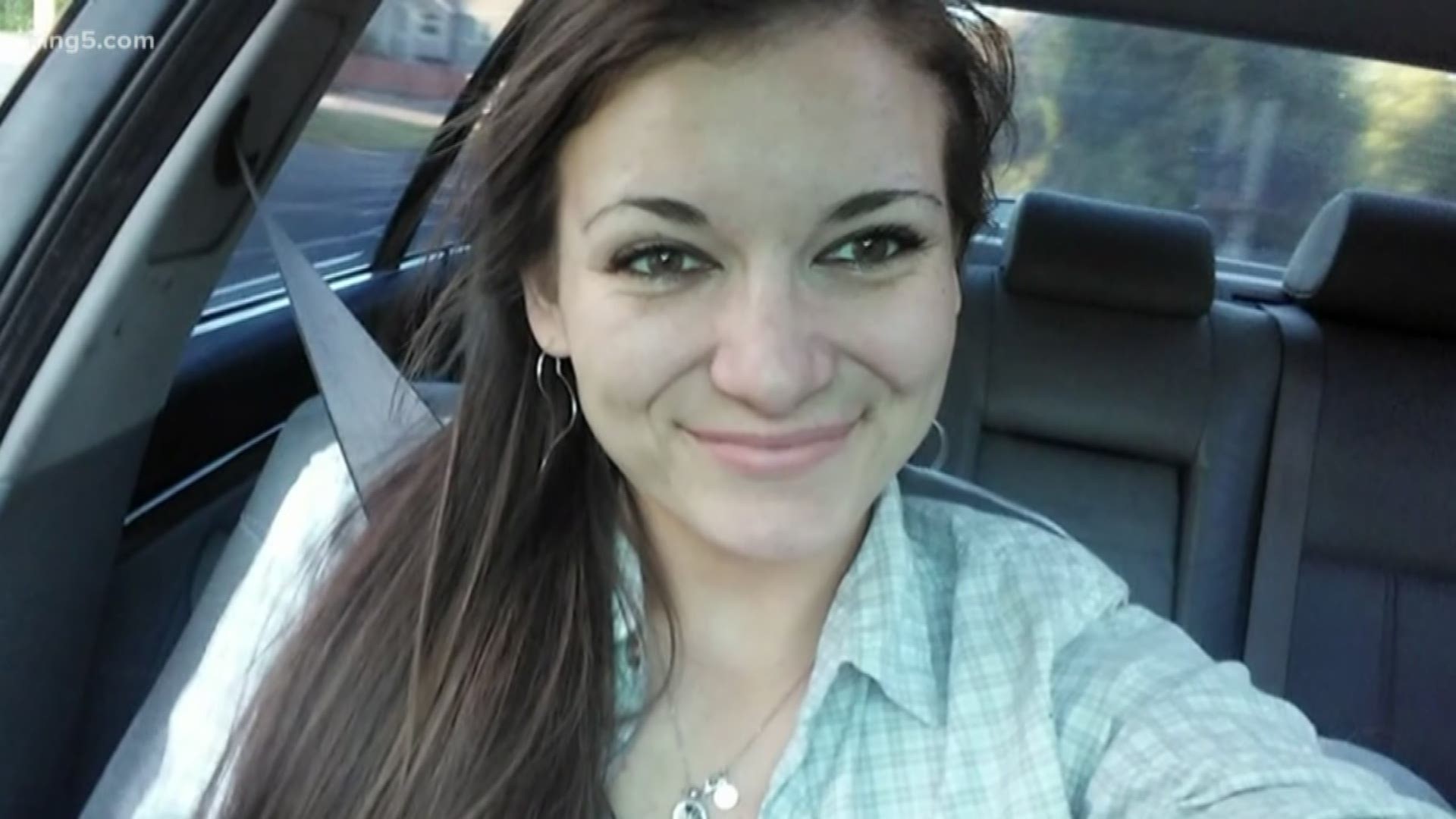 What started as a missing persons case is now a murder investigation. The victim, Jamie Haggard, was last seen by her family more than two years ago. This week, they learned her body had been found.

Kelsey Sullivan said she was close friends with Jamie and had been holding on to hope.

"I was hoping that she would be found alive and just fine," said Sullivan.

But now she knows Jamie is not coming home.

"It is just one thing after another that's heartbreaking," she said.

On June 17, 2016, Jamie's family reported her missing. The 27-year-old mother to two girls lived in Kenmore. Family members said it had been days since anyone had heard from her.

Soon missing person flyers went up. There was no activity on Jamie's cell phone or credit cards.

Investigators with the King County Sheriff's Office dug up Jamie's backyard in July 2016, and again about a year later. Both times nothing was found.

"In my car, I carried her missing posters ad. I carried a couple of them just in case I could put them in windows or something," said Sullivan.

A break in the case came in May this year near Snohomish. A roadside cleaning crew found a body inside a suitcase close to the intersection of Downes Road and Fales Road. This week, the King County Sheriff's Office said lab tests confirmed it was the body of Jamie Haggard.

It is a case Sullivan desperately wants solved.

"We just want it over and done with so that we can have closure," she said.

Her focus now is on justice for Jamie.

Detectives are interviewing witnesses as well as collecting and analyzing evidence. They ask anyone with information about Jamie Haggard's death to call the King County Sheriff's Office at 206-296-3311.