Families separated by the US-Canada border frustrated by extended closure

The U.S.-Canada border will remain closed until July 21, despite hopes the two countries would allow some travel starting in June. 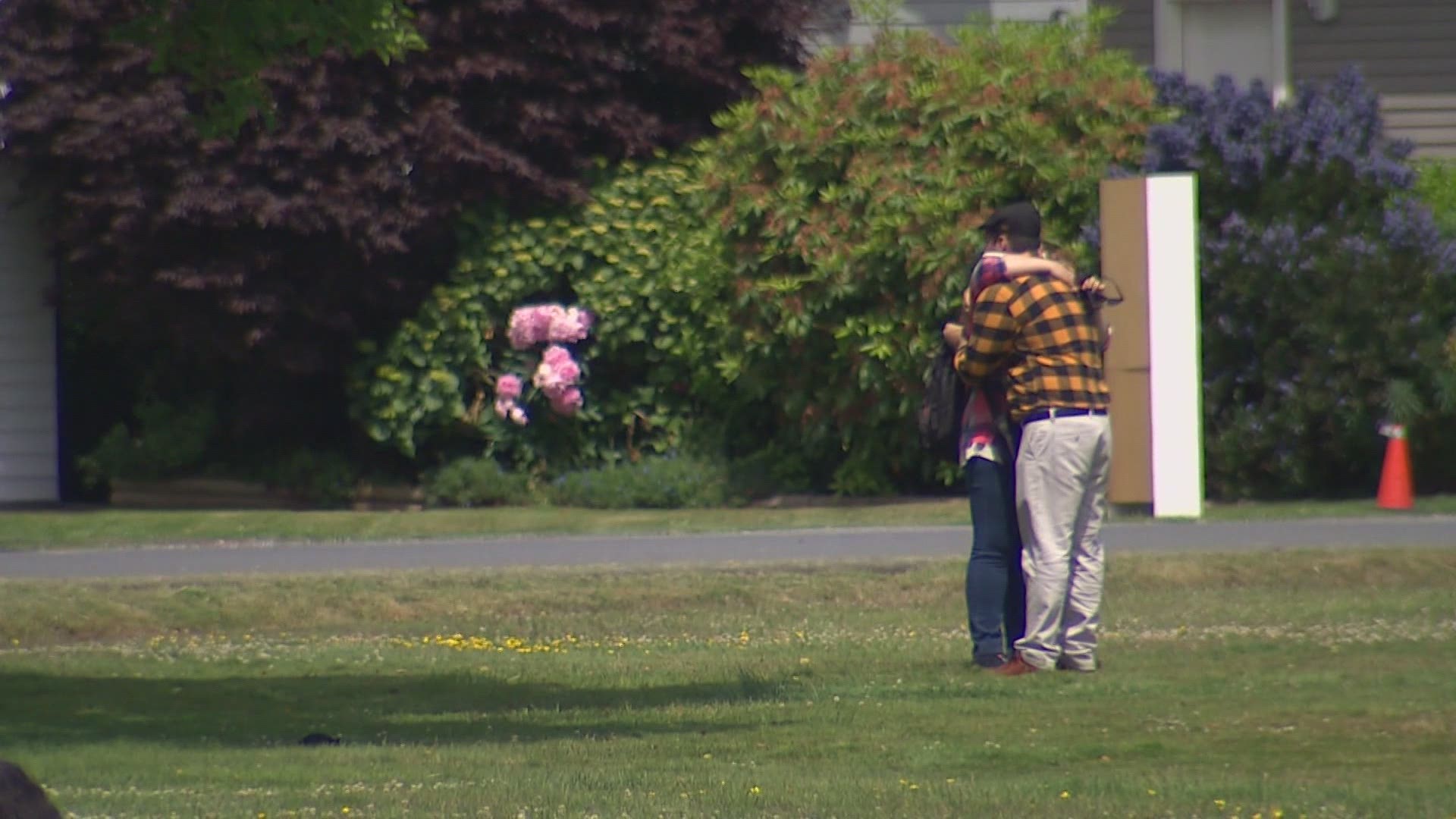 BLAINE, Wash. — The U.S.-Canadian border will remain closed through July 21, despite loud pressure from both sides to relax restrictions.

The closure has separated families for several months, with the exception of the few who cross into a small park next to the Peace Arch right at the border in Blaine, Wash., where Canadians have been allowed to enter under the watchful eyes of the Royal Canadian Mounted Police, at a spot known as "No Man's Land, or the Zero Zone."

"It's wearing a little thin on us, but you gotta take a deep breath," said John Hauuka of Surrey, British Columbia, who crossed the ditch on 0 Avenue to see U.S. family members. "We're celebrating my birthday with a cake," he said.

Another man, who identified himself as Derek, stood on the Canadian side and expressed his frustration with the situation. "It's kind of ironic now you guys are more vaccinated and have a lower number than we do, and we want to open the border but we're skeptical," he said. "The pendulum has swung."

"As much as we're two separate countries, we're the same people," he said.

Canadian Prime Minister Justin Trudeau made the formal announcement on Friday, after several weeks of positive momentum with infection rates and vaccinations that led many people to believe there would be a reopening.

"We are sticking with our principle of doing everything necessary to keep Canadians safe first and foremost," said Trudeau, who acknowledged that the country is now "looking at a phased approach" to reopening. Trudeau cited the need for a 75% vaccination rate before allowing that phased return to normal.

Multiple organizations and civic leaders on both sides of the border had been pushing for reopening ahead of Canada Day on July 1, and U.S. Independence Day on July 4.

The U.S. refrained from issuing a separate statement on the border closure. Some believed the closure could be relaxed for Canadians seeking to enter the U.S.

Trudeau suggested specific plans and phases for reopening could be announced as early as Monday.

For those who rely on cross-border traffic, the news was devastating.

Ali Hayton owns the Point Roberts International Marketplace, the only grocery store in the small Whatcom County exclave, which is separated by two land border crossings. She suggested that elected leaders in both countries aren't listening and "somebody has got to do something."

Hayton said no one has responded to the pleas of the Point, or of any border-related business. Hayton said she believes Point Roberts residents should at least be given an exception to travel through Canada to Whatcom County.

Canada recently allowed the National Hockey League an exemption so players could travel between Montreal and Las Vegas for the Stanley Cup playoffs.