"Dead zones" in the sea are caused when the oxygen levels are so low that most aquatic life cannot be sustained. 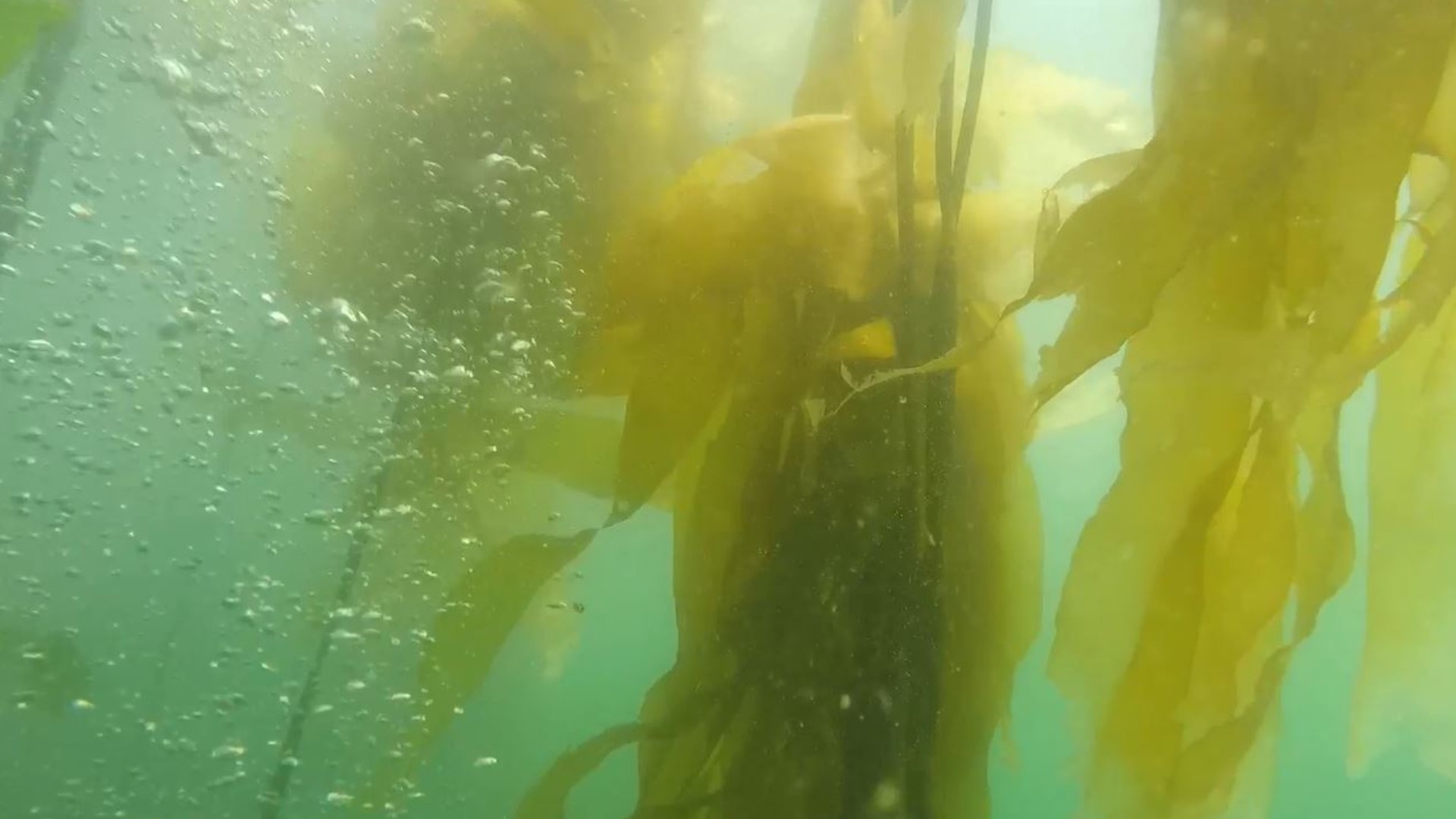 Editor's Note: The video above about Puget Sound kelp forests was originally published in August 2021.

SEATTLE - The Washington State Department of Ecology (WSDOE) says that excess nutrients from humans are contributing to low oxygen levels in Puget Sound.

If oxygen levels drop low enough, it could lead to what’s called “dead zones,” or areas where aquatic life cannot be sustained because of the lack of oxygen.

The current levels of dissolved oxygen in Puget Sound do not meet water quality standards and is “bad news for aquatic life,” according to WSDOE.

The WSDOE this week shared its latest modeling for the Salish Sea, which includes Puget Sound, and helps analyze how nutrients from humans impact the region.

Recent and historic findings have shown that the most harmful amounts of human-sourced nutrients come from watershed and wastewater treatment plants.

The most recent data show that, with population growth in the region, the community needs to do better now in reducing nutrients, especially in wastewater treatment, to meet oxygen standards in the future.

This involves methods of treating water to reduce nutrients, whether from watershed or treatment plants, as well as adjustments to the timing of those treatments, according to WSDOE.

The Salish Sea Model showed that, for treatment plants in particular, having greater nutrient reduction efforts focused in the fall and winter were as impactful as greater efforts throughout the year, the WSDOE said.

However, these efforts must be in conjunction with those focused on watershed treatment plants.

The WSDOE said, “We will need a combination of watershed and wastewater treatment plant reductions to meet our water quality goals.”

Recently a dead zone in the ocean off of the Oregon coast caught the attention of a researcher from Oregon State University due to the fact that it is much larger and lasting longer than initially predicted.

These dead zones, if they persist, create a kind of reshuffling in aquatic life. The Oregon coast dead zone has caused sea life like crabs to move to shallower areas.

The WSDOE is continuing to look at ways and strategies to reduce human-caused nutrients to build up in Puget Sound by creating more advanced sets of models.

In the near future, WSDOE will be looking to better forecast different combinations of watershed and treatment plant nutrient reductions as well as the effects of more localized reductions.

Those interested in learning more about this work can attend the Sept. 28 Puget Sound Nutrient Forum.