Two dozen exotic birds along with cats, dogs, horses, geese, and chickens were removed from a Thurston County home after concerns were raised about their well-being. 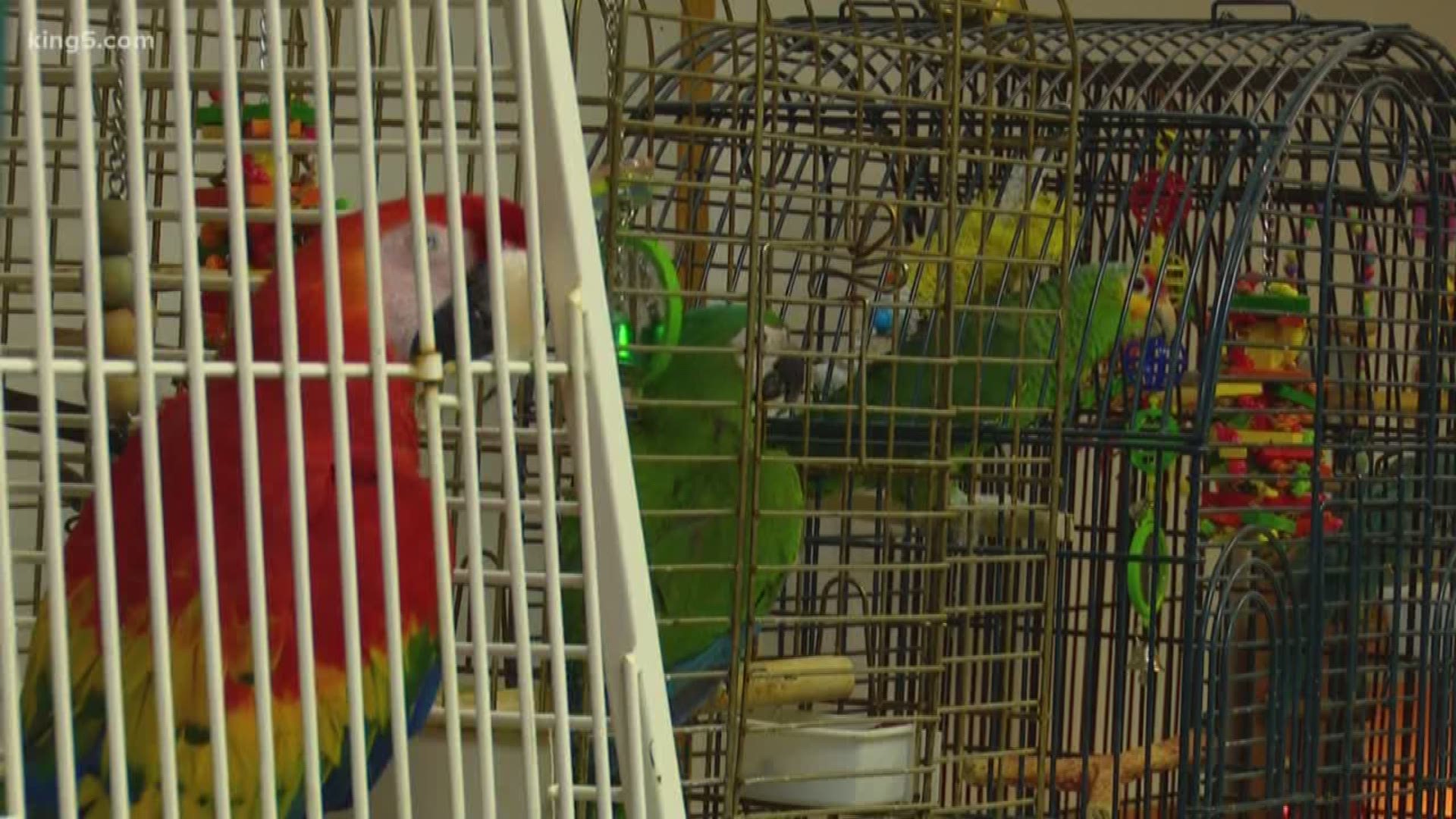 OLYMPIA, Wash. — The conference room at Joint Animal Services in Olympia is full of chatter, but it won’t be holding any meetings anytime soon.

“We have some blue and gold [Macaws]. We have a scarlet,” said Joint Animal Service Executive Director Sarah Hock.

Hock said the conference room is a temporary home for not just a few, but more than two dozen exotic birds.

“This is definitely a very unusual circumstance,” said Hock.

The birds were just half of the 53 animals removed from a Thurston County home in September. Hock said there were three cats, two dogs, two horses, an alpaca, 11 geese, four chickens, four ducks, and 26 exotic birds.

“The owner had not been back for at least 10 days, so we had some concern about what condition the animals were in,” said Hock.

The birds and several of the other animals will stay at Joint Animal Services while a court decides what’s next, which could take several months. Hock said the owner of the animals has contested ownership.

In the meantime, the birds are adjusting to the change.

“They’re starting to talk, make lots of fun noises, and we’re really starting to learn all of their personalities,” explained Hock.

Hock and her staff are bonding with the animals, but she said the goal is to eventually get them out of the conference room and into safe homes.

While the animals wait for a decision in court, Hock said people from around the country have reached out to help.