Get your first look at redevelopment of the new NHL Seattle headquarters at Northgate. 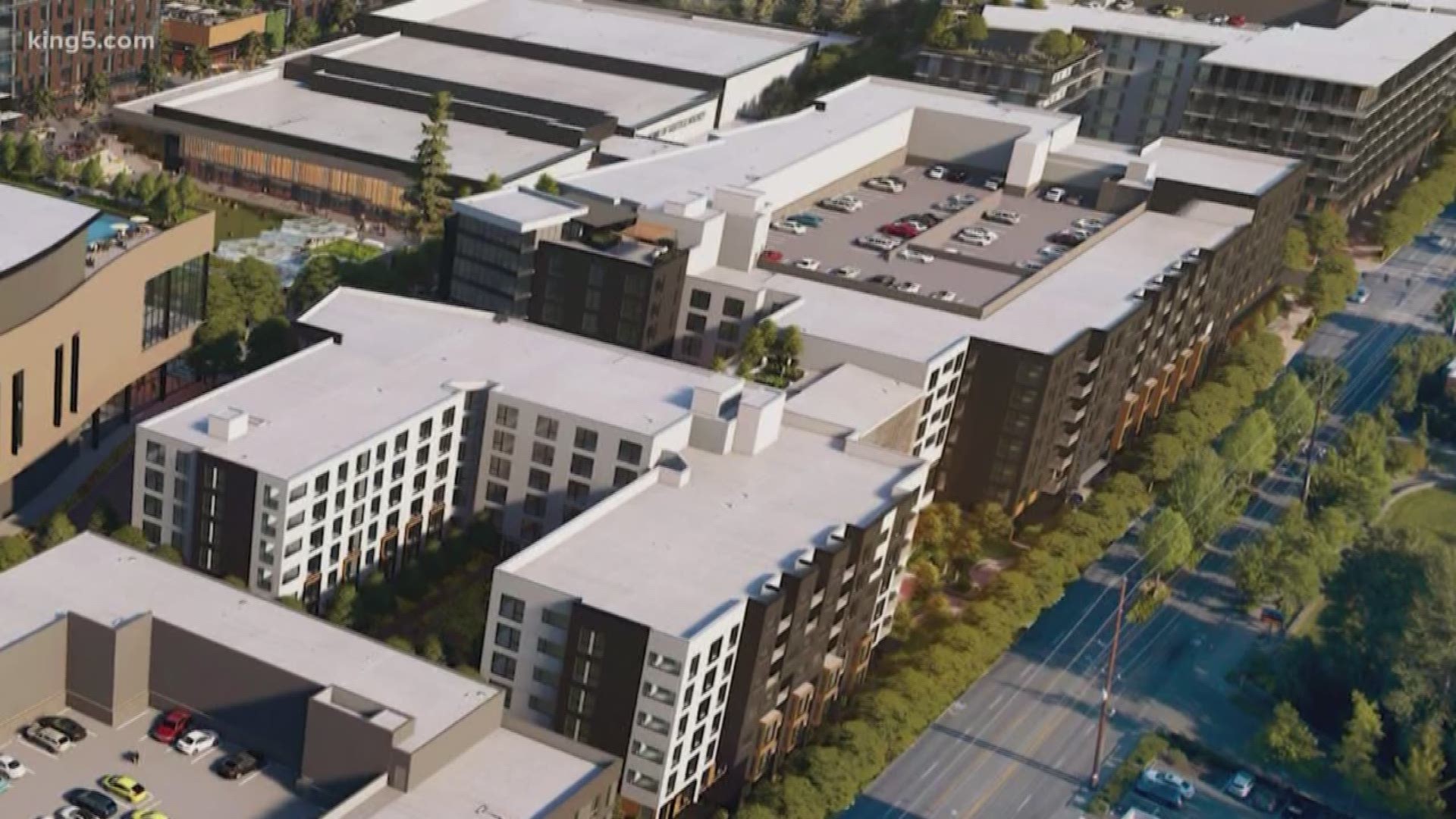 Thursday marks the beginning of a new era in North Seattle. That's when ground breaks at Northgate for a new three-rink hockey facility and headquarters for NHL Seattle.

That's just the start of a massive re-development project at the former site of Northgate Mall. KING 5's Chris Daniels has the exclusive first look, plus comparisons to the training facility for NHL champions St. Louis Blues.

From a distance, it is hard to see inspiration on the banks of the Missouri River. But just a stone's throw from the Hollywood Casino Hotel and Resort, sits a building which can be compared with what will be built in Seattle.

Mike Kress can point out all the details of the St. Louis Blues training facility.

"The idea is it is very much a family affair. So there so much space dedicated in this facility, specifically to that pre or 'apres' part of hockey," said Kress, the founder of Kansas City-based Generator Studios. His firm designed the Blues' nearly 300,000-square foot, four-rink suburban development, which opened last year.

Kress' team is also designing the Northgate headquarters of NHL Seattle. There are some apples-to-oranges comparisons, but you can see the similarities between the plans for the two sites.

Kress suggests Seattle's building will share some of the same design plans as his project in Missouri, like the warm common area between rinks, and the ability to transform the site in the warmer summer months.

The Northgate facility, at 172,000-square feet, will include three rinks and a retractable wall, which opens to a common, public central green space.

"It will have large garage doors, that open up onto a public park. So you could imagine a variety of things that will happen with that third sheet, if they were to take it down, there could be a farmer's market!" He continued, "That park asset, plus with a more temperate climate, I think it's going to be a huge shot in the arm for the facility."

Kress has history with NHL Seattle CEO Tod Leiweke. While Leiweke was with the NHL's Tampa Bay Lightning, he hired Kress to help revitalize the Channel District, near the Lightning's Amalie Arena. Prior to that, the area was underutilized and surrounded by empty parking lots.

Kress, with Leiweke's touch, helped transform the Florida arena and boost attendance. The Lightning are now one of the top teams in the league, year after year.

"As you come in off the rail line, you can actually walk through, past the facility and look to your left, look to your right, and see down to the two different sheets, and that's where the food partners are intended to plug in," he said.

There will be a 1,000-seat rink, which Kress said will likely be used as the main training facility, and for significant tournaments. 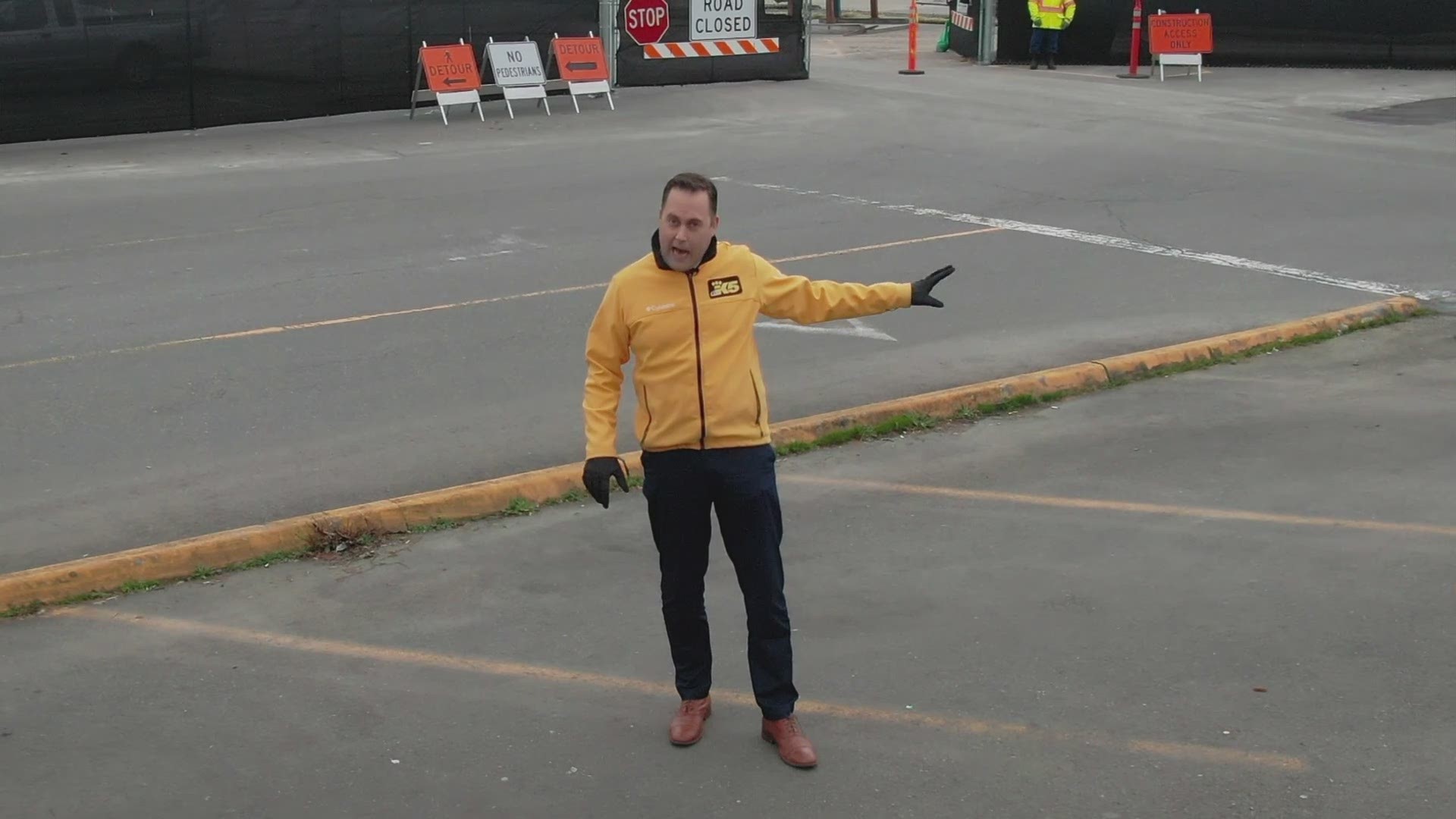 Kress said this Seattle project is also different because it will have a relatively low profile. Whereas the St. Louis hockey center looks massive in the middle of farmland, the Northgate building will sit lower. That's because, he notes, the design incorporates a lot of the plumbing, and ice-making equipment in the little known, old service tunnels beneath the Northgate Mall.

"All of that necessary 'back of house,' we hid in the tunnel," said Kress.

Ultimately, he said NHL Seattle's goal is to make sure the building gets used most of the day, all week. Kress said it is already booked from "5 a.m. to midnight," 7 days a week, 18 hours a day.

Yes, it will be the engine for Northgate's reboot, but Kress said he and NHL Seattle believe it will become a hub to kickstart hockey leagues throughout the region, as well.

"This becomes the de facto extension of the house," said Kress. "We're starting something in Seattle."