Exciting astronomy events coming up over the Pacific Northwest

Fix your eyes on the skies, Earthlings. The galaxy will be putting on a show this season. 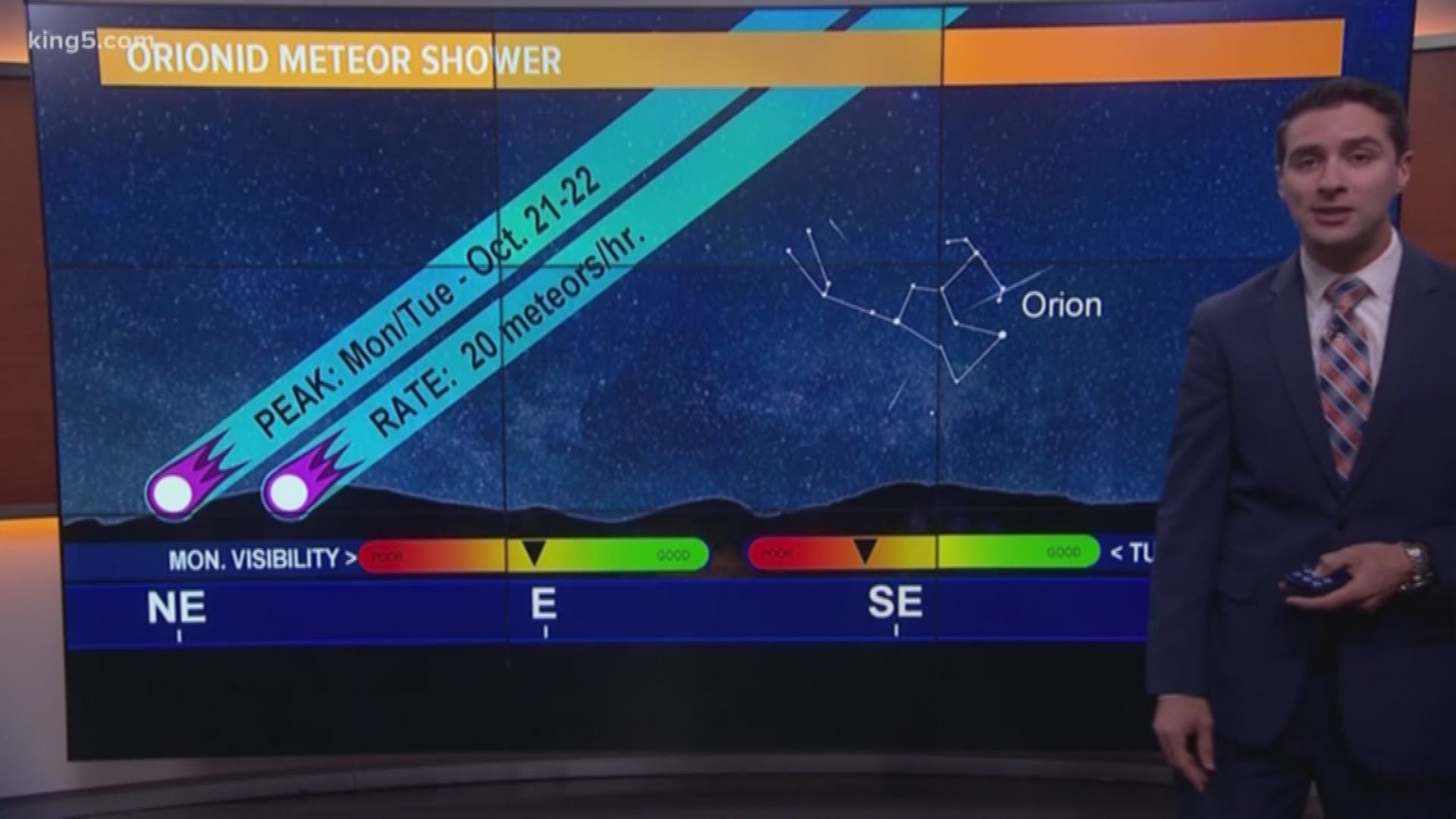 There's a lot happening in the night sky in the upcoming days and weeks.

First off, the Orionids Meteor Shower will peak this week. The shower actually stretches from late September through November, but is scheduled to peak between midnight and dawn Tuesday, October 22. It's a minor shower producing around 20 per hour at its peak. The meteors will appear to radiate from the constellation Orion, and originate from the comet Halley.

Below is a list of planets, along with their position in the night sky you'll be able to see:

Also, mark your calendars for November 11. That's when a rare transit of Mercury will occur. The planet closest to the sun is going to pass directly between the sun and earth on this day, almost like a miniature solar eclipse.

It's a fairly rare event that only happens once every couple years, and about a dozen times in a century. Unfortunately, you won't be able to see it unless you have a special solar filtering telescope.

Check the forecast for cloud cover near you