Chef David George Gordon shares why he thinks we can all benefit from eating bugs. 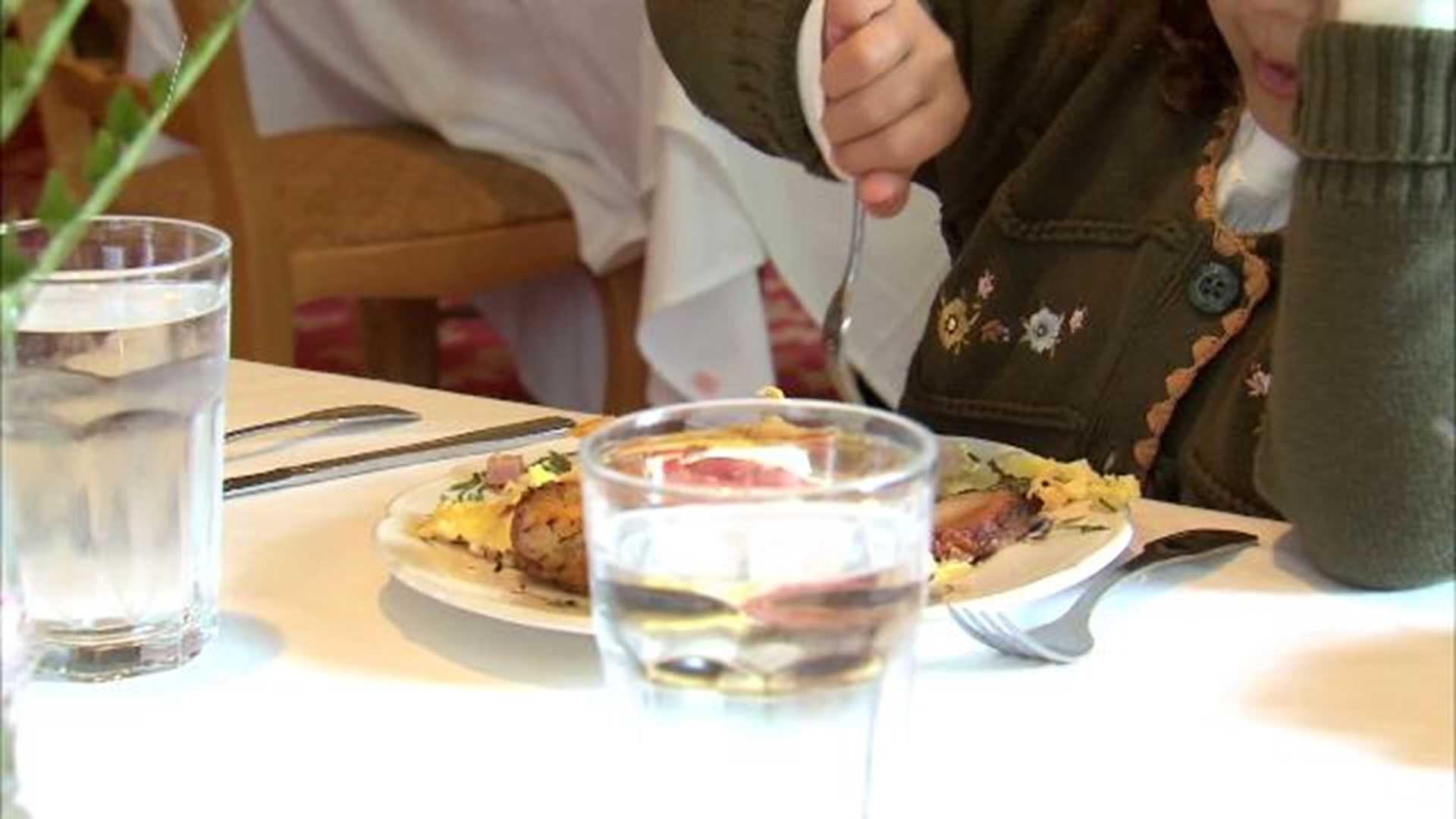 Entomophagy is a mouthful to say, especially for grade-schoolers.

"That word up there, 'entomophagy,' is just a fancy word for bug-eating," David George Gordon, aka "the Bug Chef," told kids in a packed room at the Sylvan Way Library on Friday afternoon.

In 1998, Gordon authored the "Eat-a-Bug Cookbook" with 33 recipes. Twenty years later, he's teaching youngsters at Kitsap County libraries why bugs could be the food of the future.

On Wednesday he'll visit the Poulsbo and Kingston libraries. His final stop is at the Little Boston branch on Monday, July 23.

Devyn Yorba, 5, moves back as her mom, Ashley, offers her a spicy grasshopper to taste. (Photo: Larry Steagall / Kitsap Sun)

"I love doing library programs," Gordon said. "... They're (kids) the ones who should get exposed to this idea it's not all about eating hamburgers."

After a 35-minute presentation on bug-eating, including its ecological benefits and cultural implications, attendees got an opportunity to taste three types of bug-filled snacks.

The food included chocolate and protein bars made with ground crickets, as well as chapulines, the whole grasshoppers seasoned with chili and lime served at Safeco Field.

"I do not like spicy," 5-year old Devyn Yorba said after tasting the grasshoppers without mention of legs or wings.

Gordon spoke on how people have been conditioned to be comfortable eating certain foods, and some that could be considered just as strange if one wasn't raised eating them — like pickled pig's feet and caviar.

"If you can eat an egg, why can't you eat a deep fried tarantula spider?" Gordon asked the audience.

He also pointed to historical examples of bug eating, like John the Baptist, whose favorite food was locusts and honey. Locusts are kosher, too, according to the Hebrew Bible.

As soon as agriculture became the primary source of food, bugs became the enemy because of their impact on crops and livestock, Gordon said.

Now, he said, our agricultural system has reached a scale where it hurts the environment and eating more bugs could be a solution.

After growing crops and feeding the cows, about 2,000 gallons of water are used for every steak, according to Gordon.

"Some insects actually don't require any water at all," he said.

Cows also produce a significant amount of methane — an estimated 119 million tons in 2011 — which contributes to the greenhouse effect, he said.

Bugs are a nutritious alternative — grasshoppers are six times more protein-rich than lean ground beef, and crickets are high in calcium, according to Gordon.

Plus, there's a lot of variety, with over 1,900 types of edible bugs to choose from, according to the United Nations.

"I think 10 years from now we'll be a lot more used to this idea (of eating bugs)," Gordon said.

Gordon said there's more evidence that people are open to the idea now than a decade ago. He contrasts his appearance on "The View" around 2004 (none of the hosts tried the food) and "The Late Late Show with James Corden" in 2015 (when a panel of celebrities gave a taste).

He said he used data from Safeco Field's chapuline consumption — 1,550 pounds last year — for a paper he wrote on the rising popularity of eating whole bugs.

Ashley Yorba, the mother of Devyn, Avery, 7, and Rhiley, 8, said she brought her kids because the concept was unusual and she wanted to expose her kids to new ideas.

Gordon said his favorite bug is the wax worm caterpillar, which he uses to make cookies.

The only warning Gordon gave before snacking on Friday was to those with a shellfish allergy — some have found it applies to bugs, too.

"It's kind of arbitrary what ends up becoming very popular," he said.

After all, the pilgrims thought lobsters were gross and there were limits on how often it could be fed to prisoners, Gordon said.