Hundreds of patients received bills months, sometimes years, after being treated. The hospital said its a glitch that should have never happened. 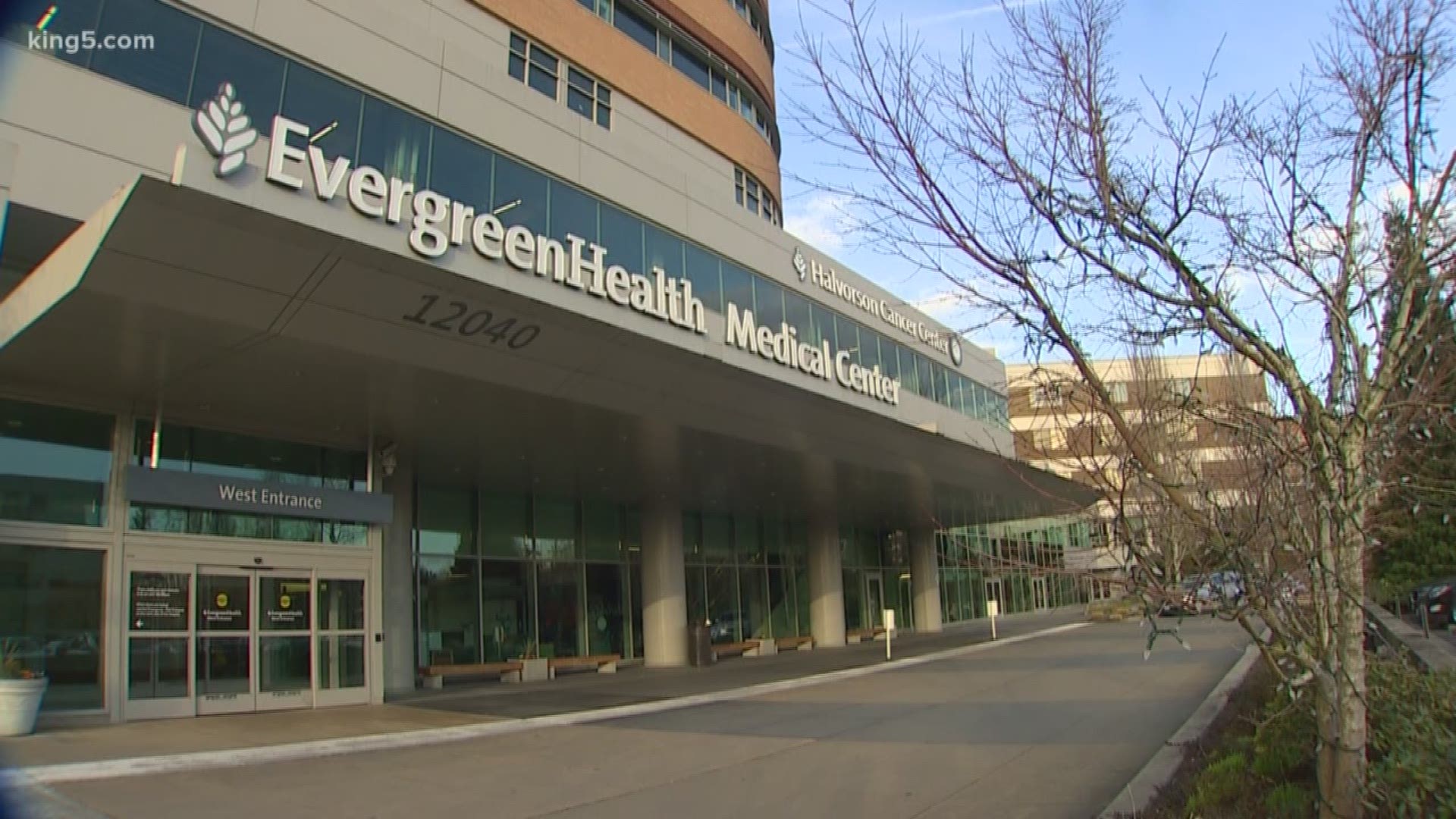 In a letter sent to 1,100 patients, Evergreen said it was made aware of existing billing statements that have not been issued due to an internal error in its system.

The existing bills were for patient responsibility fees after insurance was already billed.

The hospital said the letters were sent to patients who received care between 2015-2019.

Josh Murfield and his wife received their letter on Friday. To their surprise, they had no idea they still owed the hospital more than $1,200 for care during their son’s birth, which was almost four years ago.

”It’s one thing to be planning for it when you’re going to have the child and you’re working out payment plans and budgets and everything, but four years later... it catches you off guard,” said Murfield.

After discovering the glitch, Evergreen has apologized for an error that is affecting hundreds of people.

“The fact of the matter is, it shouldn’t have been one and there is no good number for that. It shouldn’t have happened and for that, we are deeply sorry,” said Kayse Dahl, a spokesperson for EvergreenHealth.

The bills are an unexpected expense for some people who had no idea they still owed the hospital. The median bill is around $300, Dahl said.

Dahl said EvergreenHealth is working with patients who were affected by the glitch to work out a payment plan.

Murfield said he’s surprised the hospital bothered to send out the bill after so long.

”Maybe I should be given four years to pay it-- it would only be fair,” said Murfield.

EvergreenHealth said it’s also working with its vendor to come up with safeguards to prevent something like this from happening again.