Paine Field will offer one daily flight on United Airlines to its Denver hub and two daily flights on Alaska Airlines, one each to Las Vegas and Phoenix. 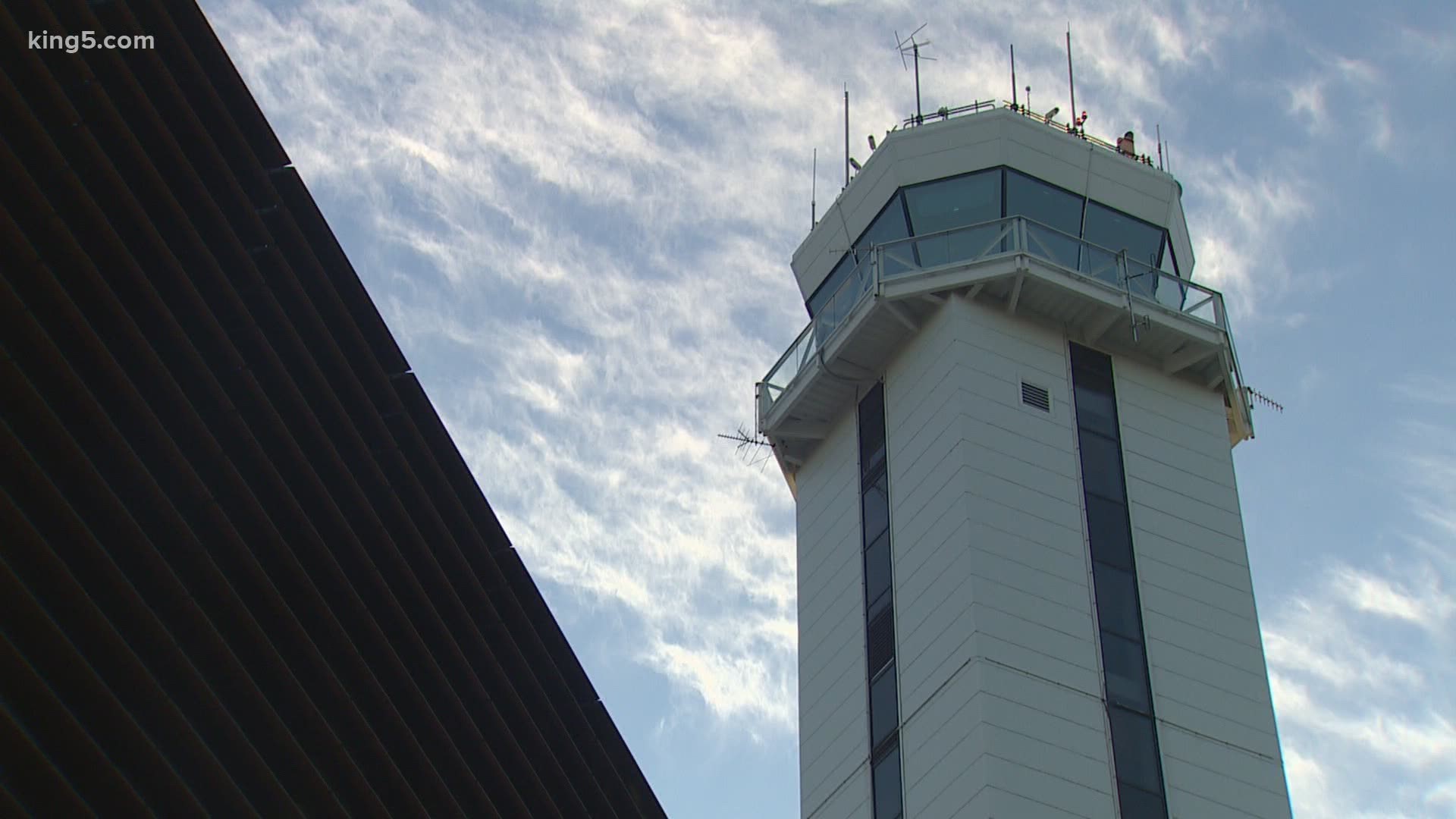 EVERETT, Wash. — Editor's note: The above video aired on KING 5 in May 2020 when Paine Field announced it was suspending service.

Commercial flights from Paine Field in Everett are set to resume Saturday with a limited schedule after workers spent more than two months replacing pavement at the airport.

Paine Field will offer one daily flight on United Airlines to its Denver hub and two daily flights on Alaska Airlines, one each to Las Vegas and Phoenix. The airport is also known as Snohomish County Airport.

Before the coronavirus pandemic reduced air travel, the two airlines served 11 destinations with 24 departures and 24 arrivals on a daily basis.

Passenger service was suspended on May 22. Propeller Airports, which operates the passenger terminal, made the announcement with Snohomish County.

The company said they decided to temporarily close for planned maintenance and repairs while air travel remained heavily impacted by the pandemic.

The airport said maintenance and ramp repair projects were originally scheduled over a four-month period, while passenger service continued, but they decided instead to expedite the work.

Propeller Airports built and financed the passenger terminal at Paine Field through a public-private partnership with Snohomish County. The airport opened March 4, 2019, and has served more than 1 million passengers since then.