What it's like to fly out of Paine Field

The most significant wave of commercial passenger service officially launched at Paine Field on Monday. The new terminal promises a more convenient travel option for passengers north of Seattle.

EVERETT, Wash. — History has been made.

The first commercial passenger flights in decades took off from Paine Field on Monday, marking a new era for air travel in Snohomish County.

Several passengers were just along for the ride, thrilled that convenient air travel had finally arrived in their county.

“We felt it was long overdue,” said Dan Asplune of Everett.

Asplune said he saw there were a few seats open on the Las Vegas flight and booked them as a surprise for his wife.

Helping passengers avoid congestion on I-5 was one of the driving factors behind building Paine Field. The first flight to Vegas proved it: it took about eight minutes for the plane to fly from Paine Field to over Sea-Tac Airport, cutting off as much as an hour of driving time for passengers coming from north of Paine Field.

Juergen Kneifel of Picnic Point said he is one of the few people in his neighborhood who sees the airport as an economic development driver rather than a potential noise nuisance.

“I’m happy to see that we didn’t fly directly over our neighborhood, so I’m hoping that means that flight patterns will be established that don’t necessarily create a noise problem for neighbors,” said Kneifel. “I’ll report back to the neighbors.”

WATCH: Kneifil on why he was on the first flight 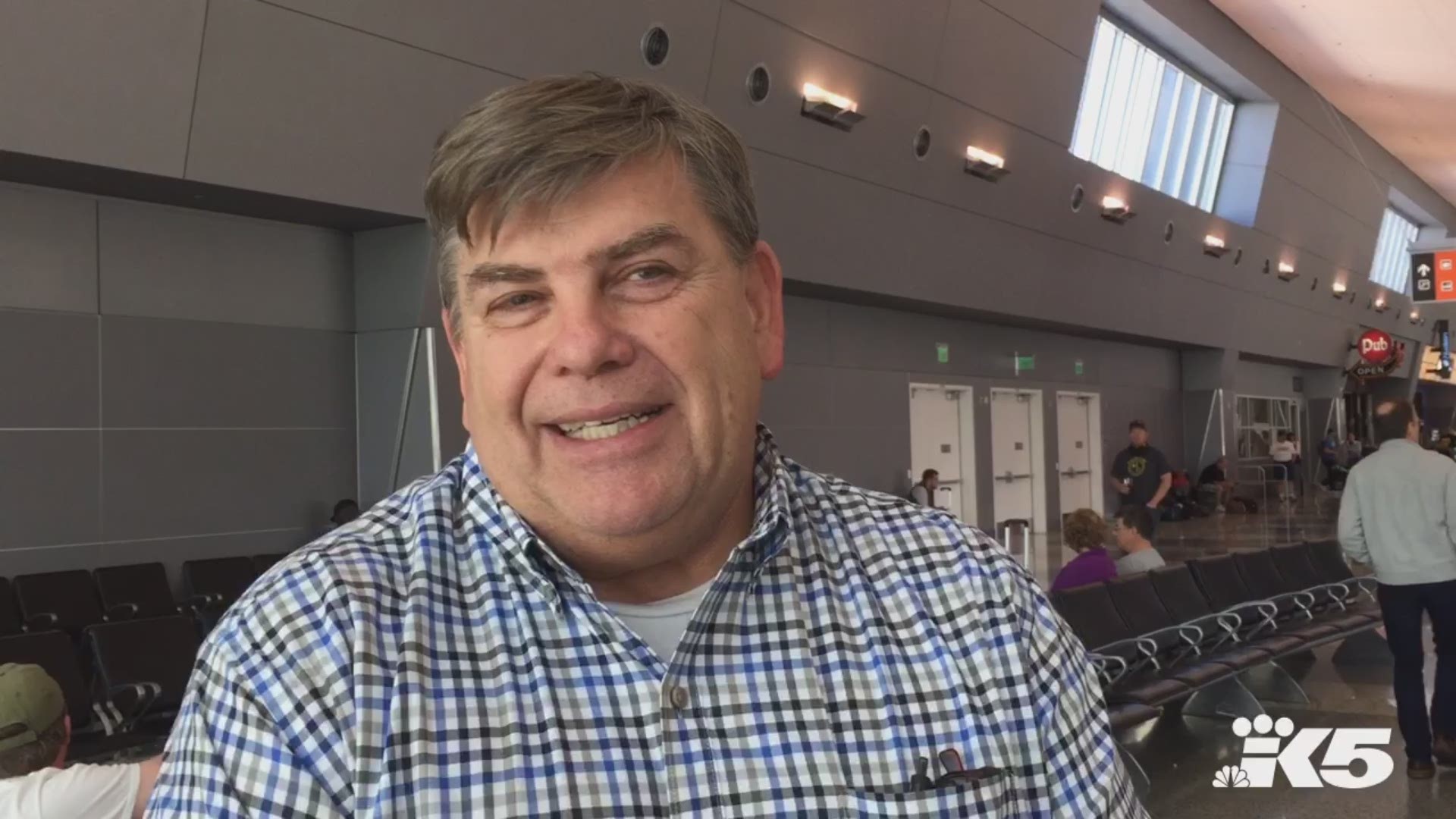 Kneifel was originally booked to be on a February 11 flight out of Paine Field, but when the federal government shutdown forced the airport to postpone the start of service, he made sure he was rebooked on the first plane Monday

The occasion was marked with several ceremonial moments.

The new Paine Field terminal received a champagne christening from Propeller Airports CEO Brett Smith, who smashed the bottle several times into the wall of the airport before successfully spraying onlookers with bubbly. Officials also unveiled a statue near the arrivals and departures pickup lanes of Second Lieutenant Topliff Olin Paine for whom the airport was named.

Passengers were also greeted with goody bags on their seats that included a Paine Field pin and chocolate toffee.

Each of the first departing flights to Paine Field were also honored with a water salute from with the planes crossing under a water arch from a fire hose.

Aboard the Las Vegas flight, cheers erupted from passengers after the plane lifted off from Paine Field.

“There’s always an opportunity to participate in something that only happens once, and the airport will only open once,” Kneifel said, “And it was great to be there, and being on the very first flight that was a commercial flight was also a special experience.”

WATCH: Jake's take on the first flight to Vegas 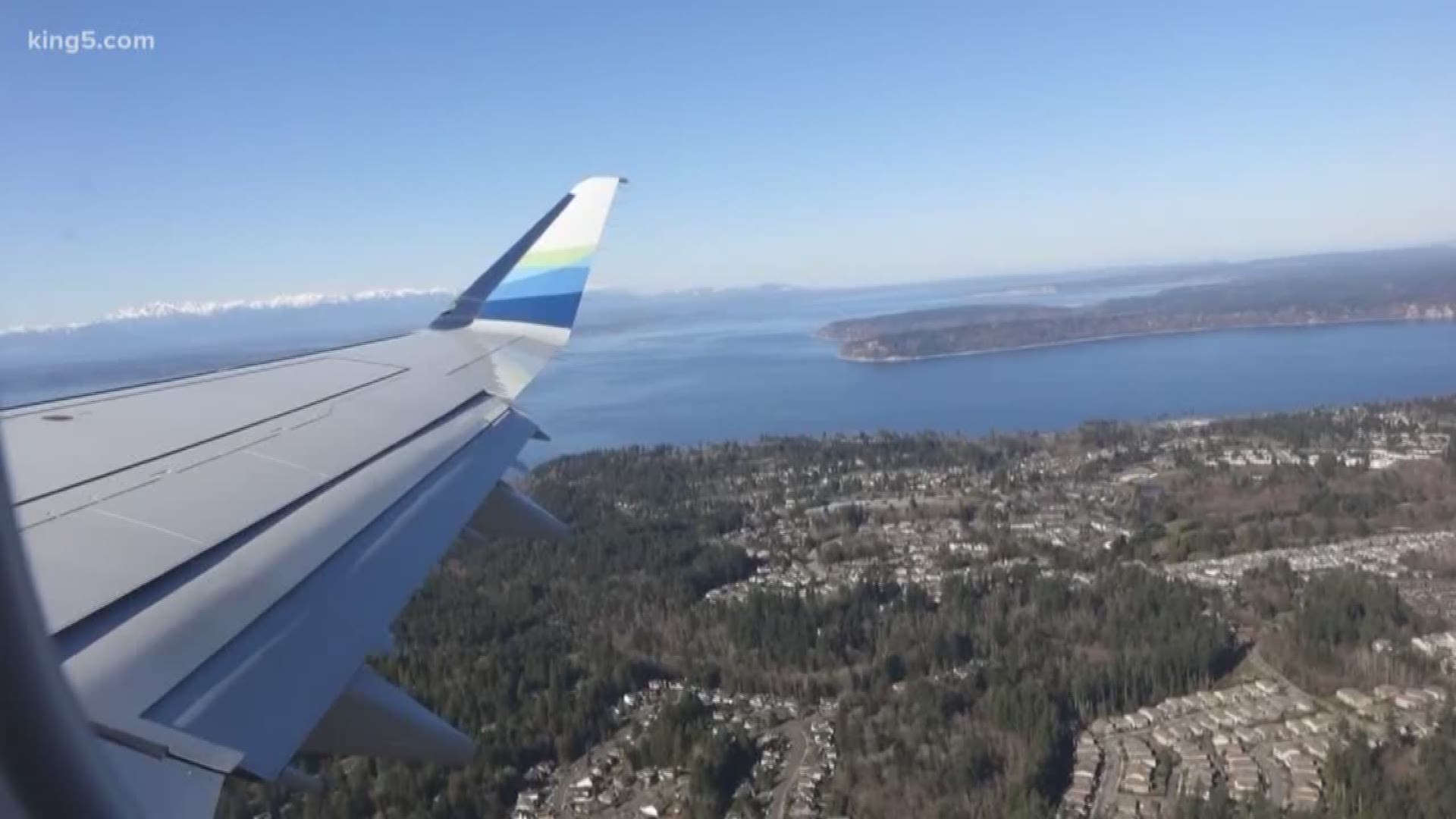