United Airlines will suspend service from Denver to Everett this October. 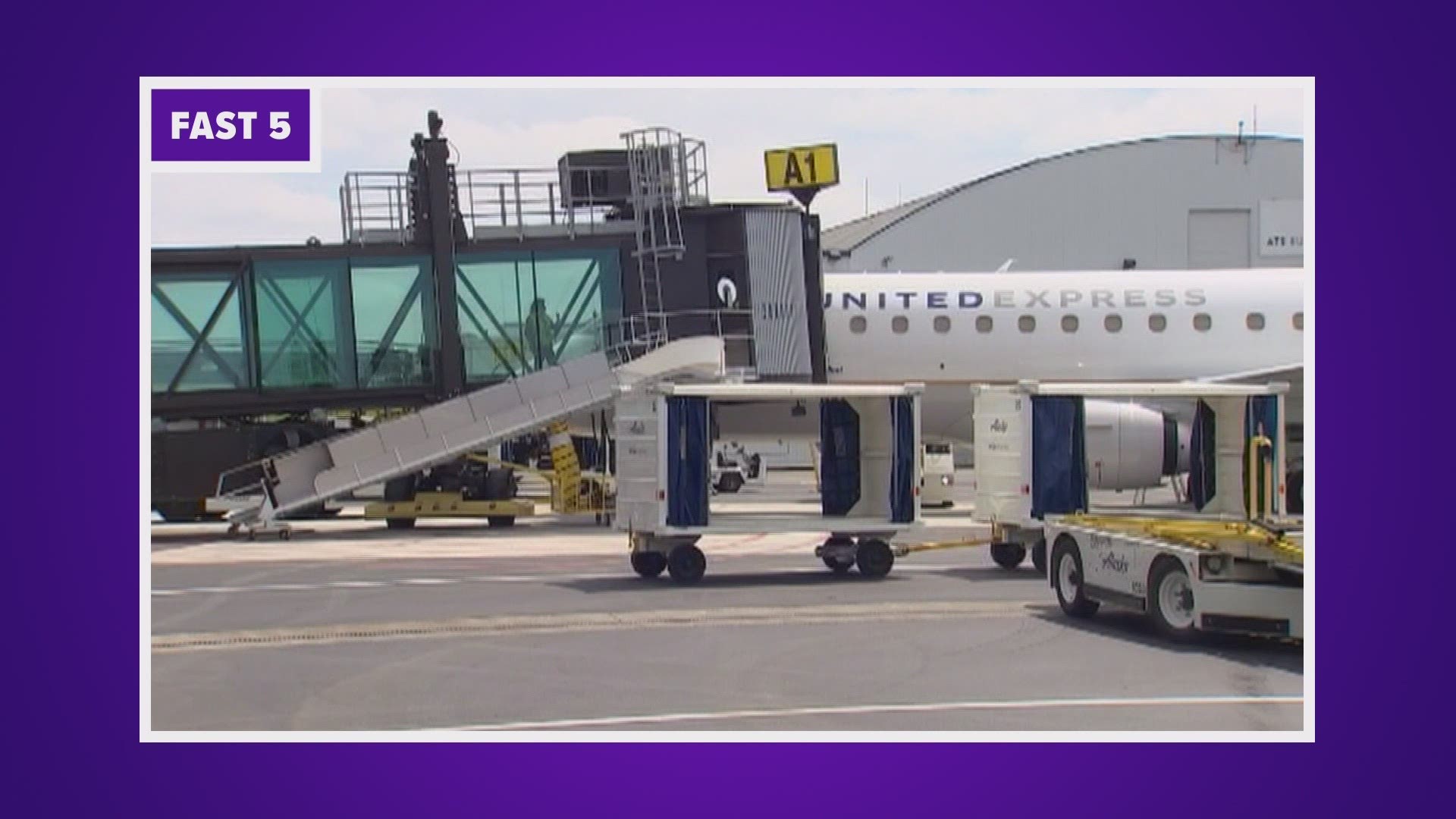 EVERETT, Wash. — United Airlines announced Monday it will suspend service at Paine Field this October after two years of operating at the Everett airport.

In a statement Monday, United Airlines said it has continued to "evaluate and adapt its network based on demand trends." The airline currently operates one daily flight between Denver and Everett. That service will be suspended Oct. 5, 2021.

United will continue to offer nonstop flights to Seattle from Denver, New York/Newark, Houston, Los Angeles, Chicago, Washington, D.C. and San Francisco, according to the airline.

Alaska Airlines resumed some service at Paine Field in June after an uptick in air travel following the coronavirus pandemic. Alaska said it plans to return to a full schedule of 18 nonstop departures from the Everett airport by spring 2022, possibly sooner.

Paine Field's CEO said Monday the news from United is not surprising.

"Carriers are making post pandemic adjustments to their schedules and markets, so this is not surprising news. Paine Field continues to enjoy strong passenger demand, our flights are departing full, and our hometown carrier Alaska Airlines remains committed," said Paine Field Airport CEO Brett Smith. "We are excited about Alaska’s new routes to Boise and Tucson starting later this year. We’ve had conversations with other carriers interested in starting service and remain confident that we will be back at full steam later this year."