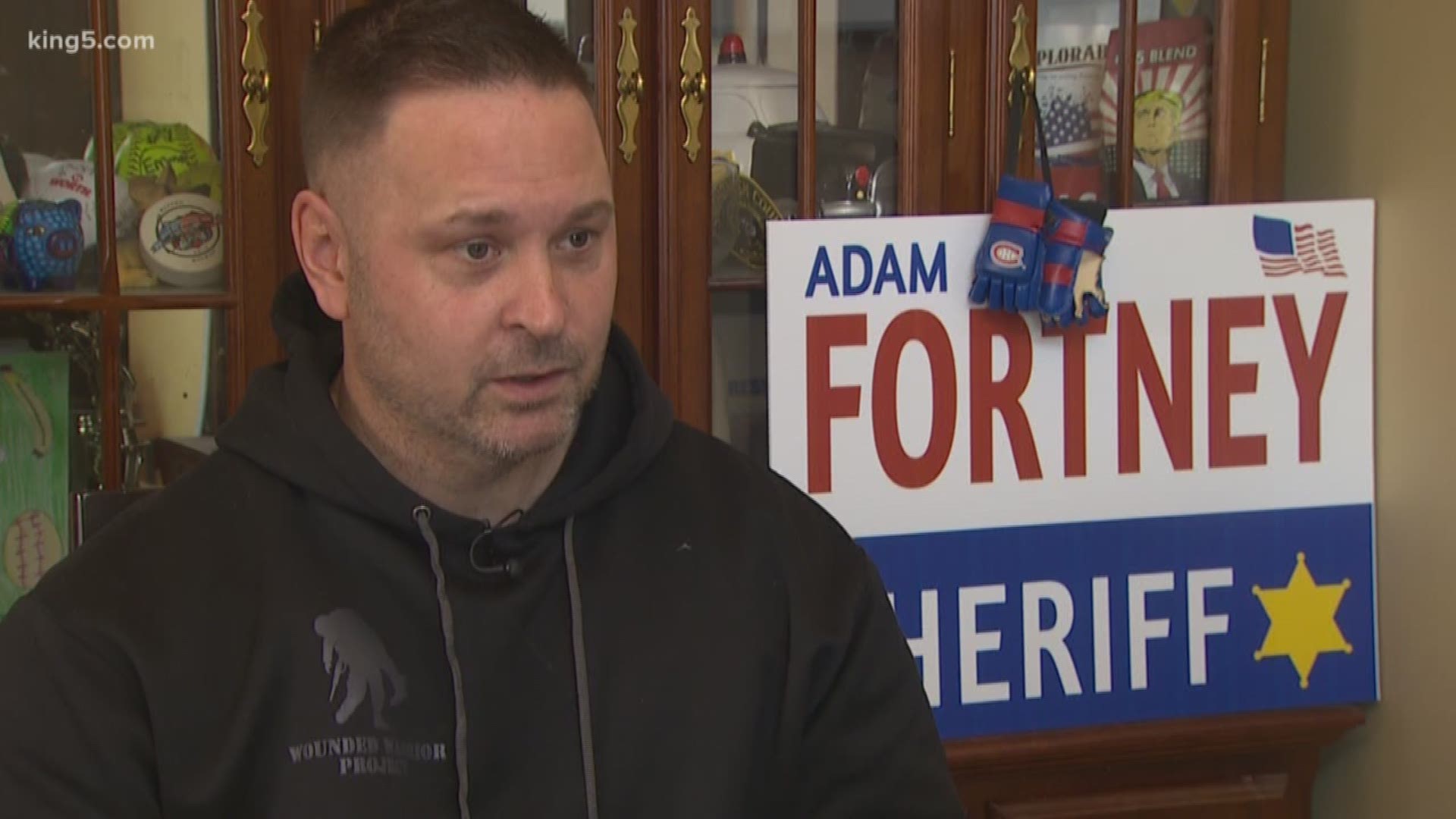 LAKE STEVENS, Wash. — After the dust settled following a contentious election, Snohomish County Sheriff-elect Adam Fortney is already looking ahead to changes he plans to make in the department.

Fortney defeated his own boss for the sheriff position by hammering Ty Trenary's progressive policies as "soft on crime."

The new sheriff said people who commit non-violent misdemeanors will once again go to jail regardless of whether they're high on heroin -- something Trenary had stopped doing.

At the same time, Fortney said he’ll keep the jail’s drug treatment, job training and homeless housing center open, as well as the program that puts social workers with deputies to encourage users to get clean.

Fortney, however, said he will employ a new "carrot and stick" approach.

"That's where the social worker on the back end is the carrot, but you've got to have that stick, the enforcement component, for this to work. If they decide today is the day they want to get out of that tent, I will be their biggest advocate," Fortney said.

During the campaign, Fortney accused his opponent of playing politics when Sheriff Trenary fired two deputies who were also outspoken Fortney supporters.

Wednesday, he said he would re-open those cases and potentially give his former colleagues their jobs back.

When asked if that would be playing favorites Fortney said, "I'm not guaranteeing anyone their job back, but I will look at it, 100%. I will have to stand in front of you, probably a lot more press at the time, and probably some community members. If that's the decision I decide to make at some time in the future, I will stand in front of you and I'll stand by it."

Prior to the election results being announced Tuesday, Fortney said he feared for his job if he lost because of the contentious nature of the end of the campaign.

Trenary, who retains the rank of captain, indicated he might return to the department, even after his successor is sworn in.

When asked if Trenary should have any concerns over his job, Fortney responded, "absolutely not."

Moving forward, Fortney said he wants to make the Sheriff's Office a place of mutual respect, along with law and order.

"It's about a new path for everybody, and I can't wait to get to work."