The Washington State Patrol said the causing driver was traveling south in the northbound lanes and hit another vehicle head-on just south of Broadway. 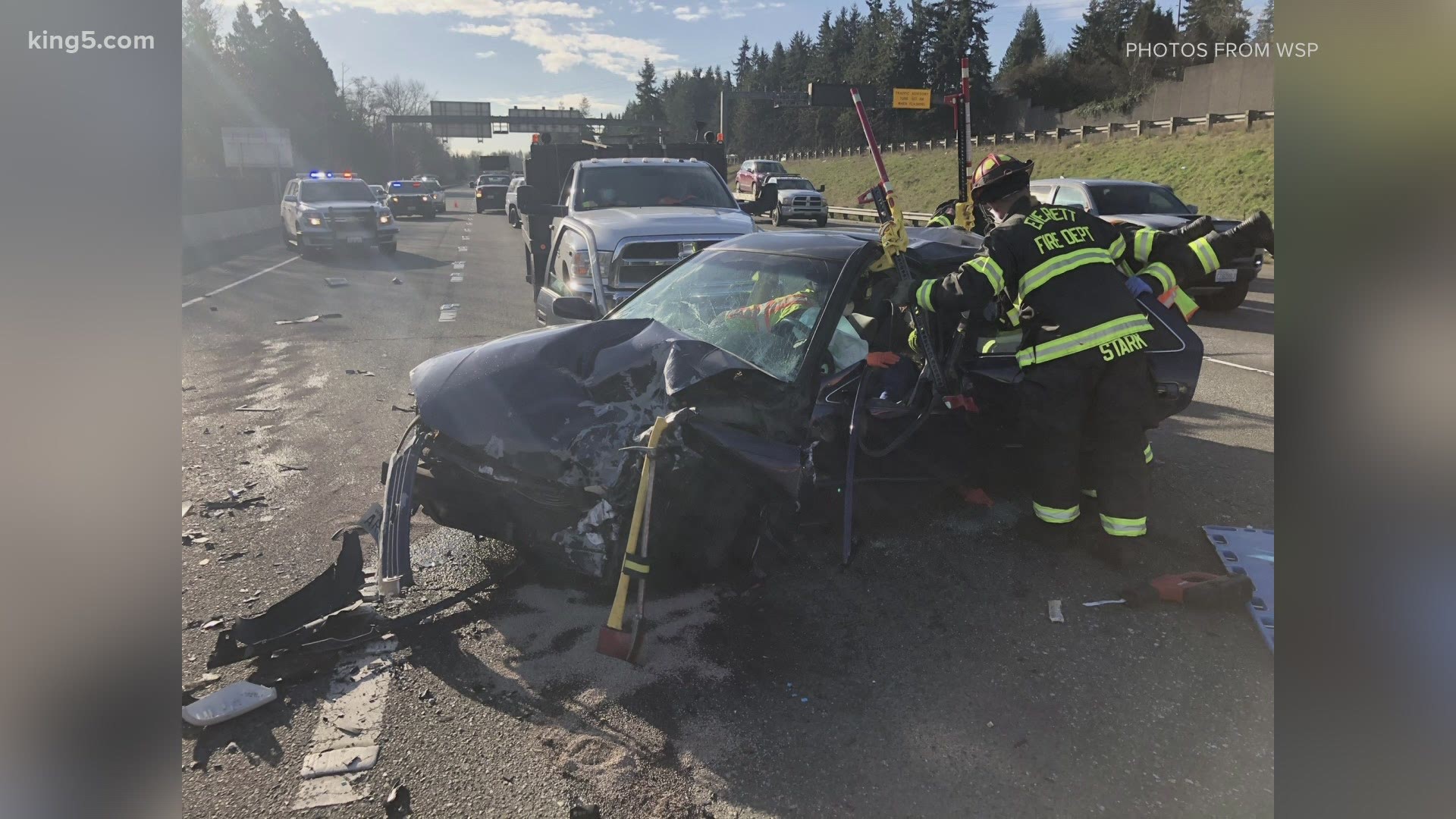 EVERETT, Wash. — All northbound lanes of Interstate 5 in Everett are now open after a wrong-way driver struck another vehicle Tuesday morning.

The crash happened around 9:40 a.m. just south of Broadway at milepost 191. At one point the crash was blocking the four right lanes of I-5 and caused backups past SR 526.

The causing driver suffered serious injures, and the driver of the vehicle that was hit suffered minor injuries, according to Oliphant.

Causing driver was traveling the wrong way on I-5 and struck another vehicle head on. Serious injuries sustained by the causing driver. Minor injuries on victim. pic.twitter.com/VyH8xOiRDD