Tuesday night friends and family gathered to remember David, a 14-year-old shot and killed by a 13-year-old in Everett last week. 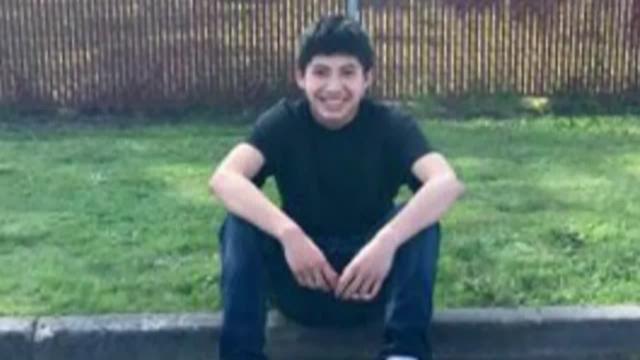 Tuesday night friends and family gathered to remember David, a 14-year-old shot and killed by a 13-year-old in Everett last week.

"Unfortunately, we are here today because a young, promising youth leader was killed by another child and it's devastating," said Nina Martinez, chair of Latino Civic Alliance.

Martinez says she is alarmed by the number of youth on youth violence incidents in Washington. LCA plans to build a task force to address crimes, like last week's shooting.

Police say on October 4, 14-year-old David was shot and killed by a 13-year-old after an argument about the color of David's shoes.

The alleged shooter got the gun from a 12-year-old friend, according to court documents. He reportedly told one witness, "If you hear I'm in jail, don't be surprised. I'm gonna shoot people."

The court document references rival gangs as a factor in the shooting, but Martinez says David was not involved in gangs.

"I want to straighten that out," said Martinez. "This was not the case. It's been said over and over by the family that he was a young leader."

Martinez adds that Latino Civic Alliance already has a meeting with the Snohomish County executive and sheriff scheduled for next week. She plans to use part of that time to discuss the fatal shooting and the need for a task force to address youth violence.