Elmer Nash Jr., who was 12 at the time of the arson, confessed to starting a fire in 1987 at Everett Community College that killed firefighter Gary Parks. 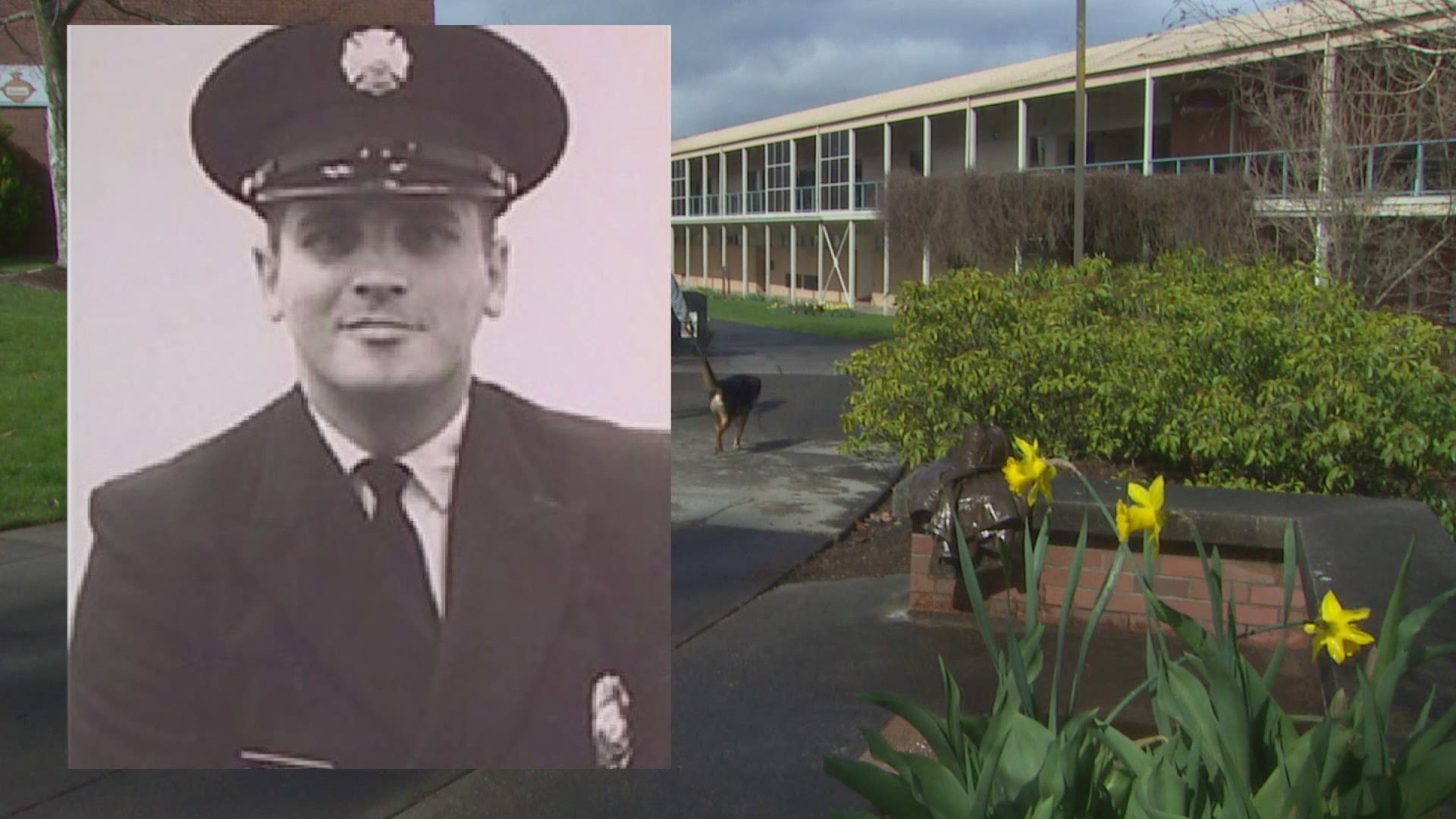 EVERETT, Wash. — After 34 years, murder charges have been filed in relation to the 1987 fire at Everett Community College (EvCC) that killed firefighter Gary Parks.

Nash was 12 years old at the time of the fire, but he was tried as an adult in court.

Sentencing is scheduled for May 7, 2021. He's expected to spend about 3.5 years in prison.

Parks was separated from five other firefighters and became trapped while battling the fire on the morning of February 16, 1987. The fire spread out of control and engulfed the entire building. Parks was unable to escape.

Investigators said several young boys were identified as suspects at the time of the fire, but detectives could not establish probable cause. Detectives believed the suspects entered the library through an open window and deliberately started the fire during a burglary.

Everett Arson Detective Mike Atwood picked up the case 5 years ago. He knew Nash from his many run-ins with the law and the two developed a relationship over the years.

In 2017, Atwood found out Nash was in the Snohomish County Jail, once again, and went to have a talk. That talk ended in a confession.

"Because of that relationship, Atwood was able to peel back layers of the onion," said Capt. Jeraud Irving, who oversaw the final years of the investigation. "Nash dropped his head to his hands and it appeared he was able to release what he had been harboring for so many years."

Court documents obtained by KING 5 News quote Nash as saying, "It was an accident. I never meant for no one to be hurt. I was just being a dummy, being stupid."

After negotiations with his attorney, Nash pleaded guilty to one count of first-degree murder on Thursday. He will be sentenced on May 7.

"He said to tell the family he was sorry for what he did," said Irving, a former firefighter himself. "Especially for Kathy Parks and her two daughters Erin and Jennifer, finding out what really happened and bringing closure to them is what meant the world to me."

“Everett Police Department investigators never wavered from their commitment to help bring justice for the Parks family,” said Everett Police Chief Dan Templeman. “We never stopped looking at this case, and I am very proud of Detective Atwood’s work and his relentless pursuit of justice for the family that ultimately led to the identification and charging of a suspect.”

The City of Everett released a statement from Parks' widow, Kathy.

“Gary was a good man, a trusted partner and friend you could always count on. He was there to help a daughter fix her car, help a wife put on her ski boots and never had a day he didn't show up to work his shift at the Everett Fire Department. We are so very grateful to the detectives who never gave up on this case. Our family will always suffer knowing Gary hasn't reaped the fruits of his life, grandchildren, daughters’ successes, and a wife who will cherish him forever.”

Everett Fire Chief David DeMarco remembers seeing it on the news when he was in high school, "Today, it's more of a reminder of how fragile we all are."

DeMarco said Fire Station No. 2, where Parks responded from that night, has a brand new training room named in the fallen firefighter's honor.

In 1988, Cascade Hall was replaced with the Gary Parks Student Union Building and John Terrey Library Media Center. A memorial for Parks is at the north end of the building named in his honor. An EvCC Foundation scholarship was also created in 2013 in his honor and is awarded to a student enrolled in the college’s Fire Science program, EvCC said.

“As the daughter of a firefighter, my heart is with the Parks family, Everett firefighters and Everett police,” said EvCC President Daria Willis. “Thank you to the Everett police, Everett Fire Department and all the investigators who worked on the case for never giving up.”