The Monte Cristo Ballroom in Everett abruptly closed Monday, leaving dozens of couples wondering if they’ll get their money back. 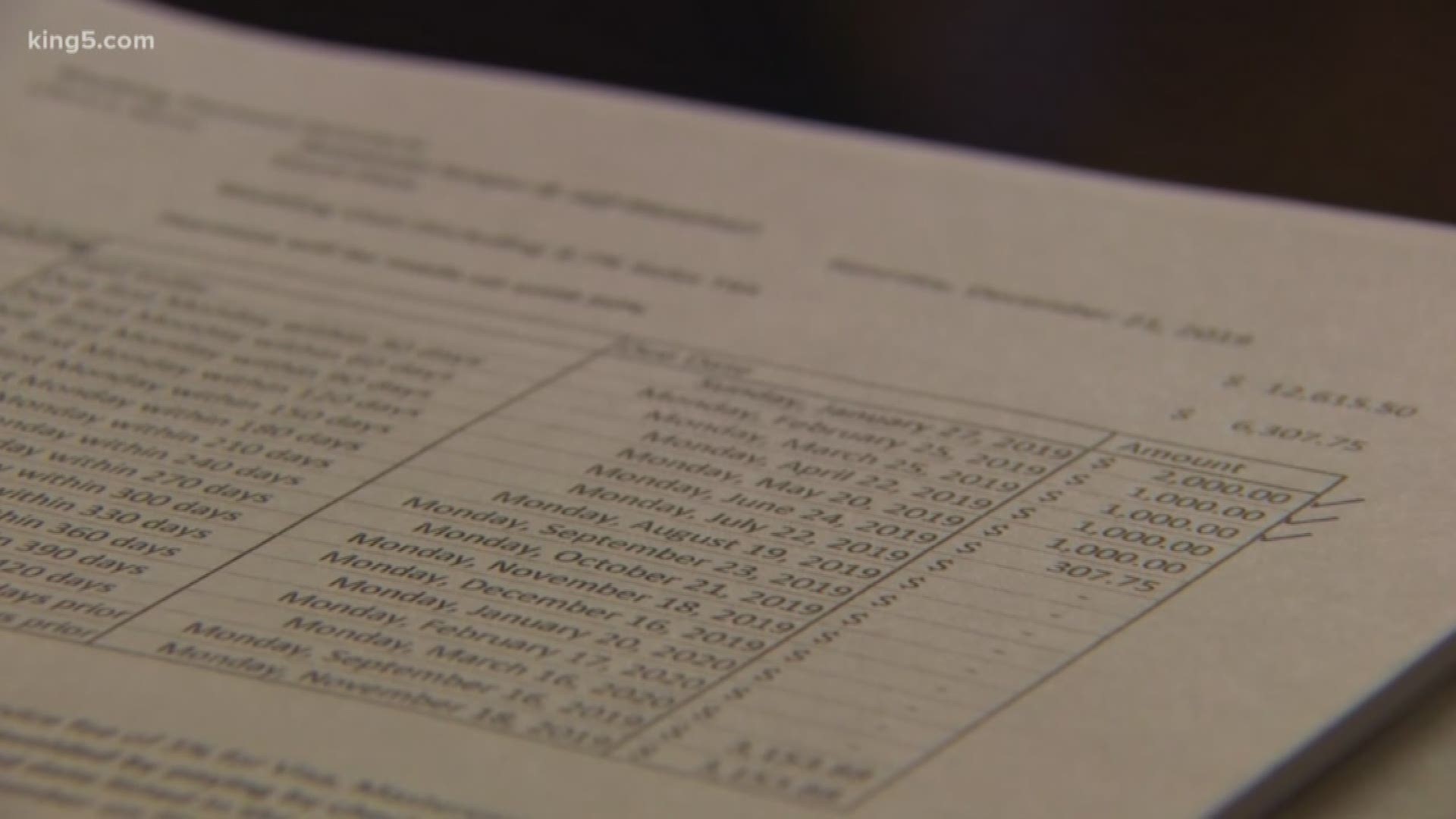 EVERETT, Wash. — The wedding invitations already went out. The bridesmaids’ dresses were bought. Plane tickets were booked. Then came an announcement that sent dozens of wedding parties into a panic.

The Monte Cristo Ballroom, an Everett wedding venue, abruptly closed Monday, leaving couples scrambling to find a backup and wondering if they’ll get their money back.

“I still want to get married in December, but right now I just don’t know how that’s going to happen or what that’s going to look like,” said Kirkland resident Breeanna Senger.

She and her fiancé Jeff Rhinehart wanted a venue that would take care of it all – the food, drinks, DJ, flowers, and more.

The Monte Cristo Ballroom billed itself as an “all inclusive” venue. All the wedding parties needed to do was show up.

Senger and Rhinehart made payments to the Monte Cristo and were excited to celebrate with more than 100 guests in the historic downtown Everett venue.

“Up until yesterday we thought it was a fairy tale,” Senger said Tuesday.

RELATED: Commuters who met on Sounder train get married at Everett Station

Senger spotted Facebook posts Monday about the Monte Cristo’s closure. Hours later, the couple received a text and an email from the business stating that it would no longer continue to operate “due to a recent major decline in the owner's health.”

“We never wanted the closing of the company to happen like this, and the most heartbreaking aspect for us is the fact that we will be unable to provide weddings for our couples. This includes all weddings we have scheduled from now through 2021,” the messages read.

The company’s website is offline and the original phone number was disconnected.

KING 5 attempted to reach the owner of the business on a different number but no one answered or responded to a text message.

Senger and Rhinehart say they’ve paid the Monte Cristo Ballroom about $8,000 and they don’t know if they’ll get it back.

A sign posted on the door of the closed venue states “we are in the process of getting information on how this money will be paid back but rest assured that is our first priority, and we will have more answers very soon.”

Dozens of other couples are sharing similar stories in a Facebook group. Some couples in the group said they were just days or weeks away from exchanging vows.

Other wedding companies and vendors are trying to help couples reschedule and offering discounts.

Senger and Rhinehart say they’re now talking with a lawyer, trying to figure out what to do next.

“People are angry and they don’t want to go quietly,” Senger said.