The Sawyer, a 135-unit apartment building, is the latest advancement in the Everett waterfront’s redevelopment. 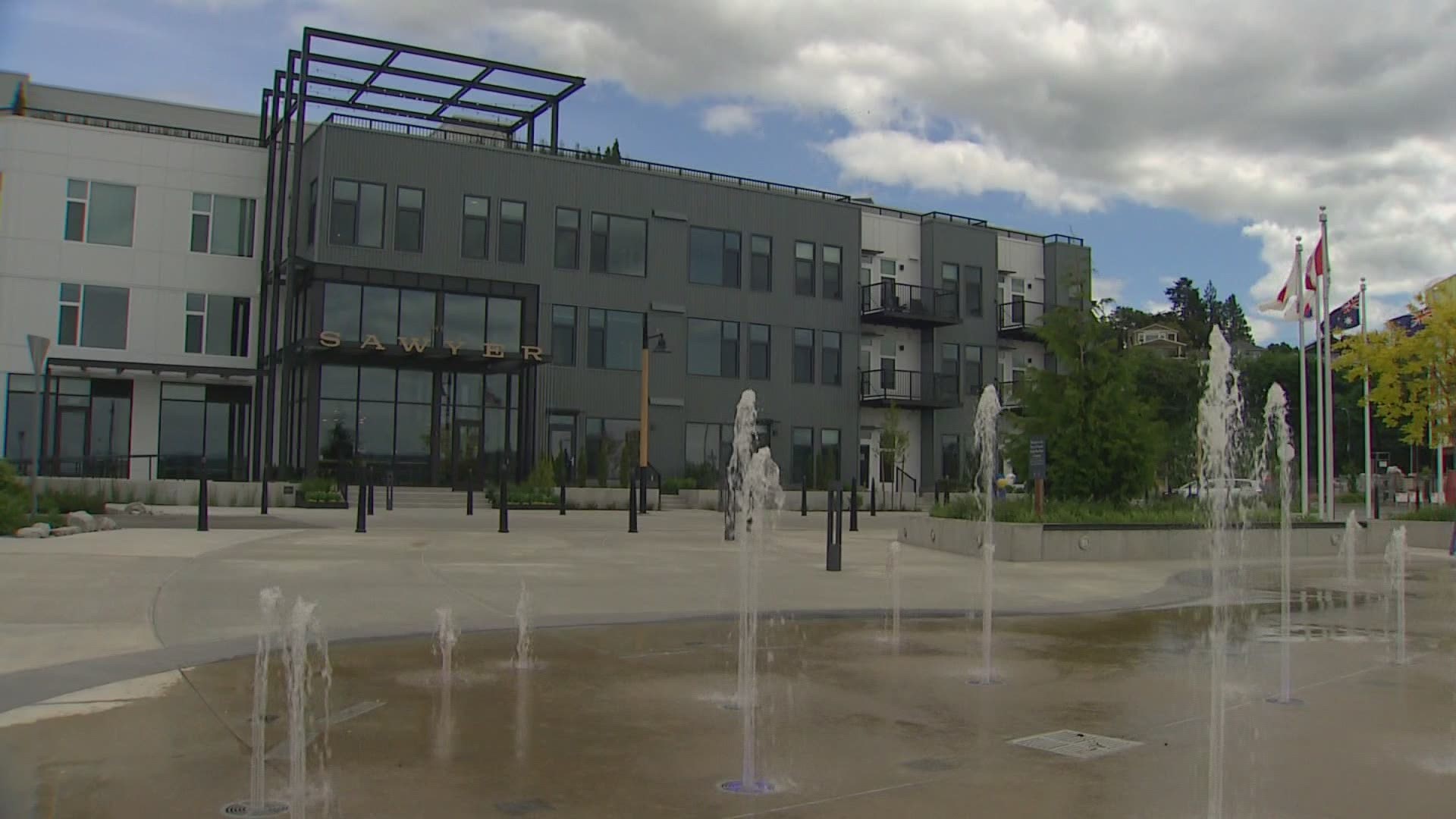 EVERETT, Wash. — It’s a day two decades in the making. The Sawyer apartment building is bringing the very first homes ever to the Everett waterfront.

“It really is a momentous occasion,” said Port of Everett CEO Lisa Lefeber.

Reaching the history-making day has not been easy, she said.

“Since we started, we’ve had two global recessions,” said Lefeber. “We’ve had a massive four-alarm fire. Now, we’re on the tail end of a global pandemic.”

Last summer, a four-alarm fire burned an adjacent apartment building that was still under construction to the ground. Now being rebuilt, that building is expected to open next September, bringing 131 more units to the waterfront, along with a new seafood restaurant and bakery just feet away.

“It was a herculean effort to get here,” said John Shaw, of SeaLevel Properties which developed both buildings.

Shaw believes the addition of people now living on the waterfront will spark even greater growth.

“Retail follows heads on beds,” said Shaw. “Now that we’re able to open the first of our two towers, it’s the next piece in the port’s fantastic master plan. We’re expecting young professionals, empty nesters looking to downsize, a whole diverse array of people moving in.”

The waterfront has come a long way from its gritty, turn of the 20th-century roots where paper mills and fishermen once dominated the landscape.

The next phase of redevelopment, expected to break ground next year, will bring commercial space, along with more residential and retail.

They’ve quietly been on the market for just three months and are already nearly 60% sold out.

Lefeber believes the demand is there.

“We’ve done quite a bit of study and what we found is we have a lot of affordable housing in Everett, and we have a lot of very high-income housing,” said Lefeber. “What we didn’t have was a lot of market-rate housing. This provides that niche.”