It would sit in the parking lot of the United Church of Christ at the corner of Everett Avenue and Rockefeller. 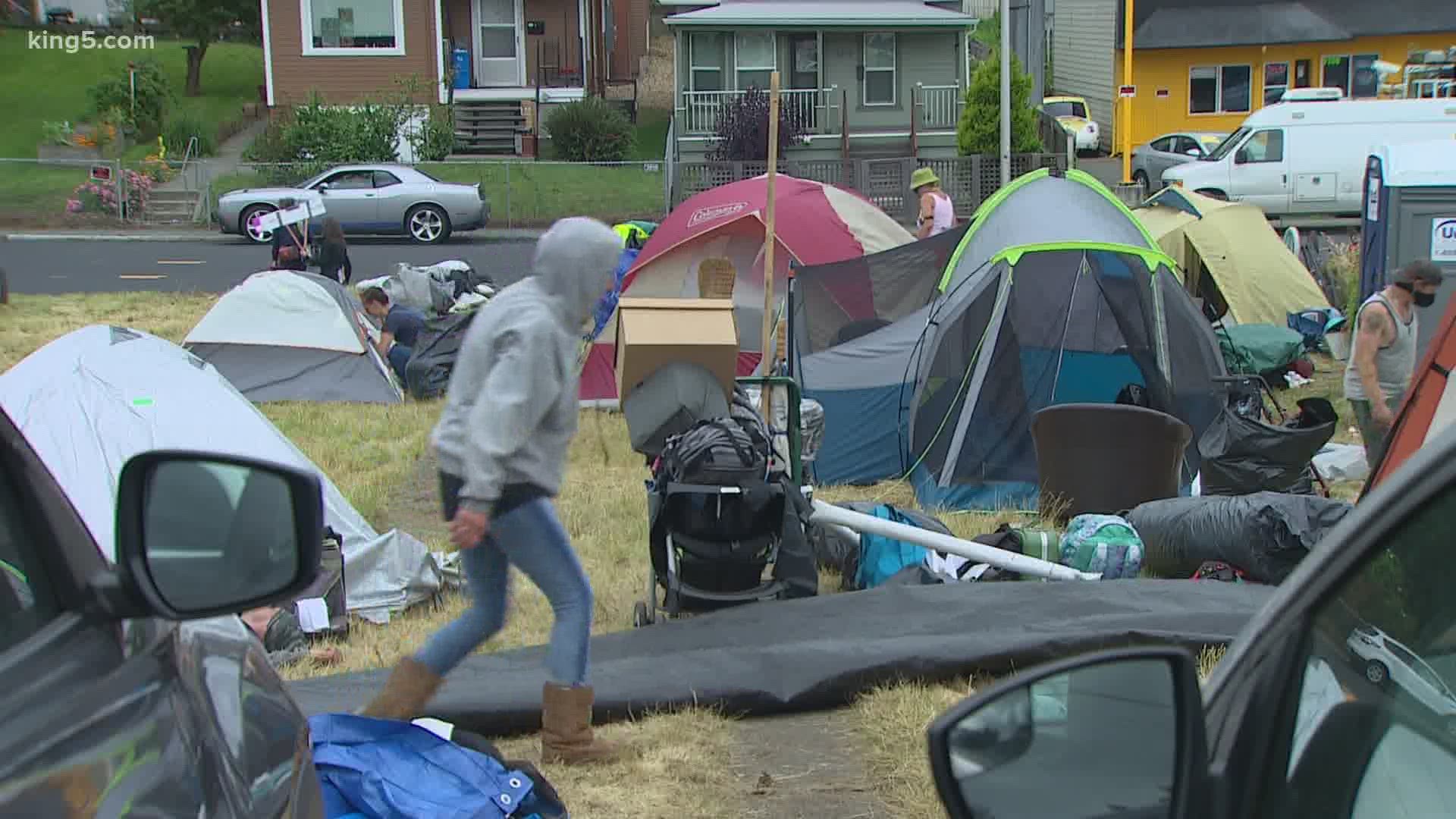 EVERETT, Wash. — If homeless advocates have their way, a church parking lot will soon be a temporary shelter to homeless people in Everett.

The camp organizer says there could be room for up to 80 people. Church leaders, however, say no more than eight people would be housed at the camp in order to observe proper social distancing.

The homeless already line the streets and sidewalks around Everett's United Church of Christ. It hosts a free food program that many take part in.

Robert Smiley runs the Hand Up Project, which is pushing for the camp.

"This indifference and not doing anything is only making matters worse," he says.

Many of those staying at the church camp would be people kicked out of another camp along Rucker Avenue a few weeks ago.

Those same people had been pushed out of a large encampment on the grounds of the Snohomish County courthouse a few days earlier.

Smiley says the majority of the homeless at the church lot would be people transitioning into housing or drug treatment.

It is designed as a place to keep people from slipping even more deeply through the cracks.

Smiley and other advocates would work with the homeless to help them get off the streets.

"The city and county don't seem to understand that by not doing anything about the homeless, they're actually causing more of a problem here," said Smiley, once homeless and addicted himself.

The plan is for the camp to stay at the church for 90 days. If there are no problems, the stay could be extended.

The camp would have fences, toilets and trash cans.

No drugs would be allowed.

But some neighbors, who asked not to be identified, say they're already getting harassed by the homeless who hang out around the church.

Smiley said those issues will be addressed.

The CDC recommends homeless camps be allowed to stay intact to prevent the spread of COVID-19 across the community.

Because of those health concerns, Everett City Councilwoman Liz Vogeli asked for the camp to be fast-tracked, and the discussion period shortened from 45 days to seven.

That request was denied by her fellow council members.

"I wish I knew why," she said. "I think a lot of it has to do with the fact that none of them have ever had to live in a tent. We are in an emergency and we need to treat it like we are in an actual emergency."

Vogeli said the city would be exempt from any liability if there is trouble at the camp.

Everett's planning director has the final say on the subject.

It will be at least six weeks before he makes a decision.