New tsunami warning sirens in Everett to be tested Monday

New tsunami sirens installed in Everett in June will be tested for the first time Monday at noon. 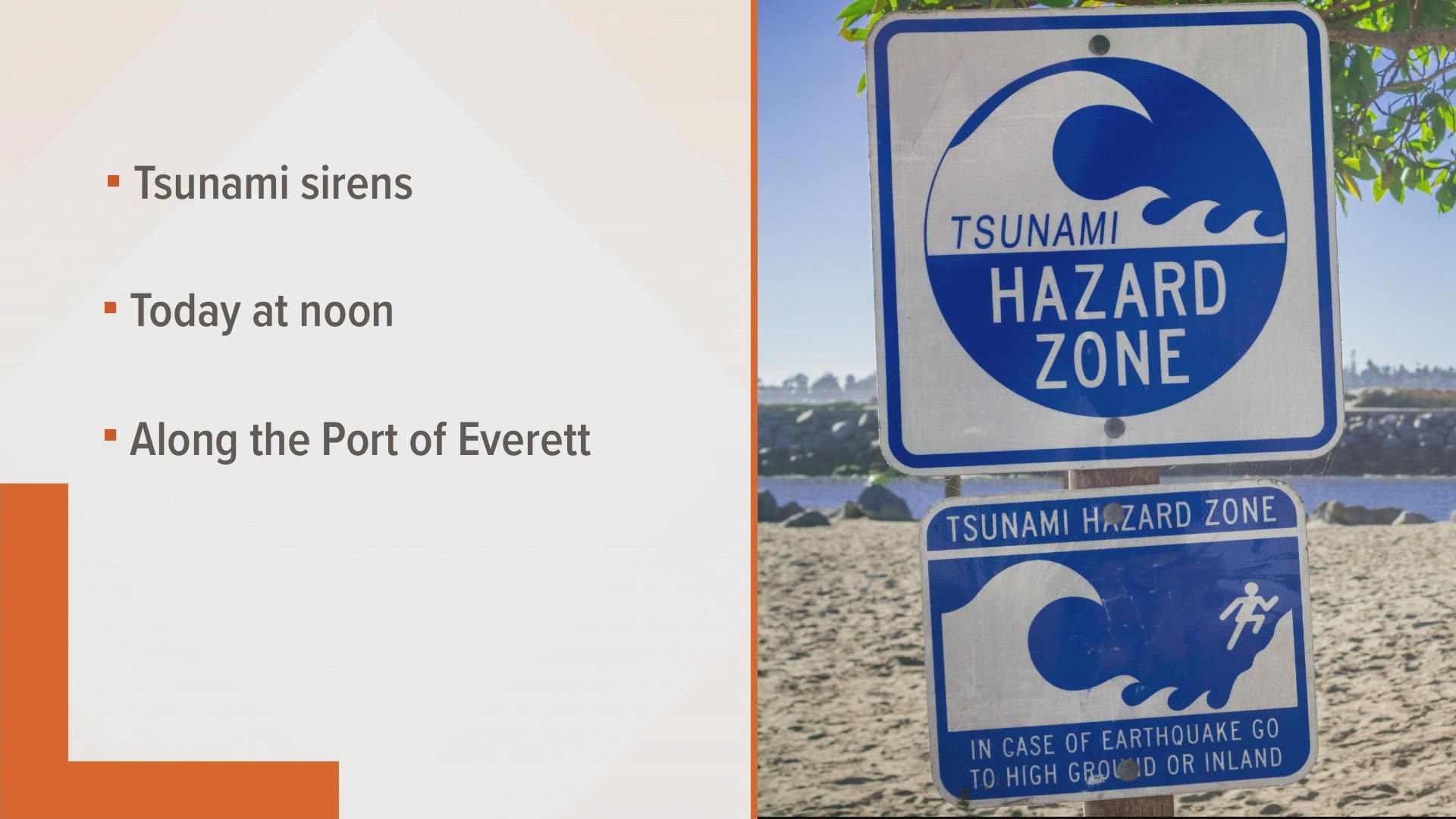 EVERETT, Wash. — Two new tsunami warning sirens in Everett will be tested for the first time at noon Monday.

The Washington Emergency Management Division installed the sirens at Jetty Landing and Boat Launch and the Port of Everett Seaport in June 2021. The sirens have an audible range of about a mile and also have a blue light mounted on the top for residents who are hard of hearing.

The city said residents can expect to hear Westminster chimes, followed by an audio message in English and Spanish during Monday’s routine test.

During a tsunami warning, the sirens will play a “wailing sound,” followed by a message in English and Spanish telling people to evacuate immediately and get to high ground away from the waterfront.

There are 122 tsunami sirens along the Washington coast that are part of the statewide tsunami siren network. Required monthly tests take place on the first Monday of each month at noon and during the Great Washington ShakeOut each October.