Parents said the district didn't consult with them before enacting the policy. 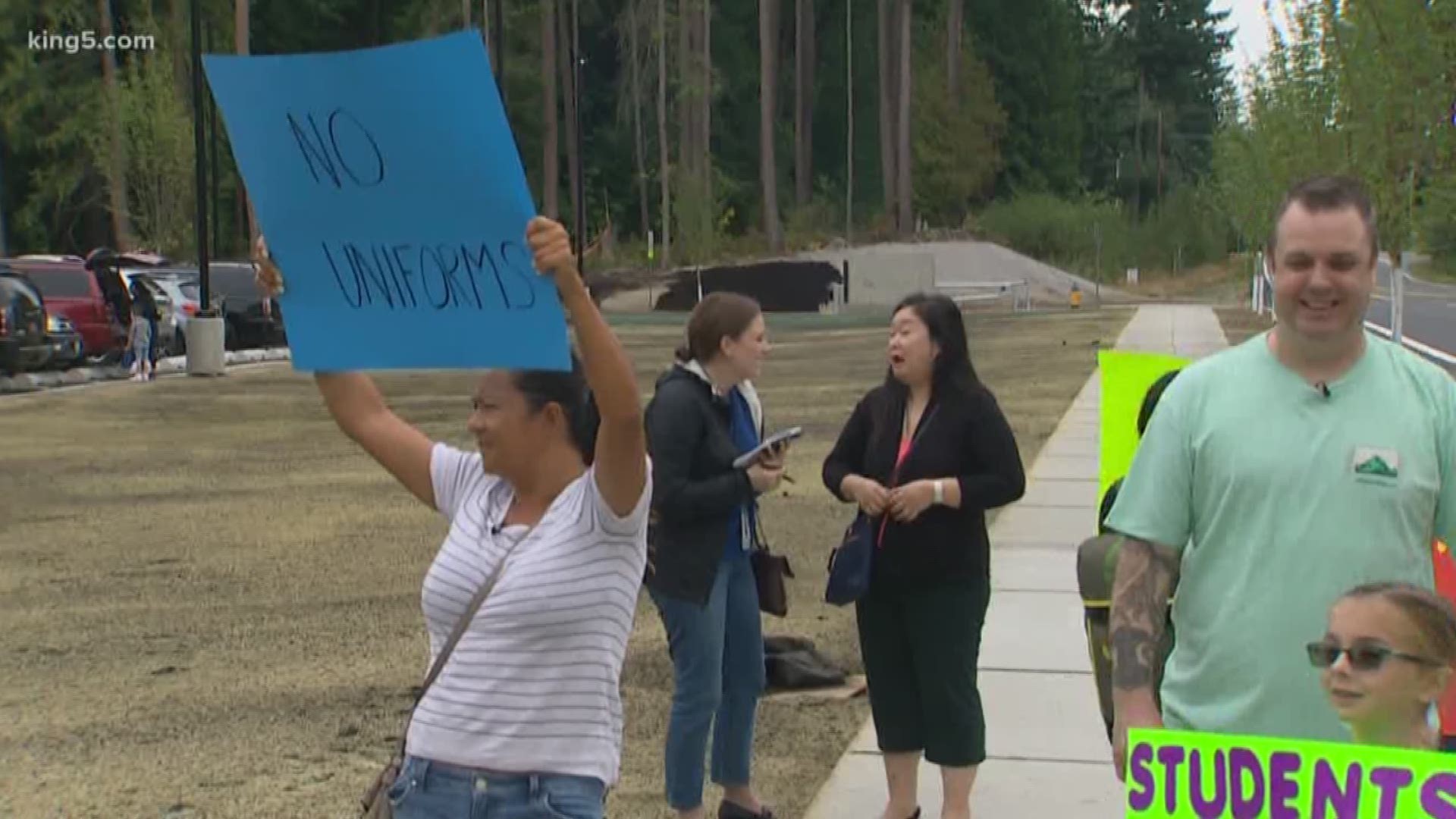 BOTHELL, Wash. — As most students reported for the first day of school dressed in their new uniforms, a small group of parents stood outside Tambark Creek Elementary School in Everett holding signs telling school district officials to keep out of their kids' closets.

"I don't want my daughter to not be given her creative freedom and expression via her clothing," said parent Ian McMillan. "It's something that's very important to her."

Earlier this summer, the school quietly announced the introduction of uniforms at Tambark Creek. Many had to hear about the policy from other parents and said they should have been consulted in the process.

Students are expected to wear uniforms comprised of blue or white tops and khaki or blue bottoms. No jeans, sweats or yoga pants are allowed.

"I think we should have a choice and there was no choice given," said father of two Chris Savas, who refuses to have his kids comply. "There was a leaflet given with a bullet point that was really easy to miss. We were thrown off guard."

A district spokesperson told KING 5 News, "If a student violates the school dress code policy, they are given an opportunity to change their clothing, and a family member may be called to bring a change of clothes. The school will work with the family to make sure the clothing expectations are met with the primary goal of keeping the student in the classroom. In this and all situations the school will work with the family to resolve the issue while maintaining a positive inclusive environment."

The district did not immediately say what would happen if the student refuses to change his or her clothes.

Upon seeing Wednesday's protest outside the school, longtime educator Jan Radford spoke out in favor of uniforms.

She said she has seen what happens without them.

"The first thing they're gonna tease each other about is their clothing. It does lead to bullying. I've seen it happen. Everyone gets hurt," Radford said.

Parent Tamra Gunther was granted a last-minute variance by the district allowing her kids to attend a different school.

Still, she attended the protest. She found it curious that several outspoken families received last-minute variances.

"The more vocal we are, the more they seem to appease us," said Gunther. "Some of us have contacted attorneys. I don't think they want the mess of litigation and bad press."

The overwhelming majority of Tambark students complied with the dress code, with many parents saying it was "no big deal."

As for Savas and his two kids, they're planning to make their own fashion statement by not backing down.

RELATED: Everett students get a jump start on back to school 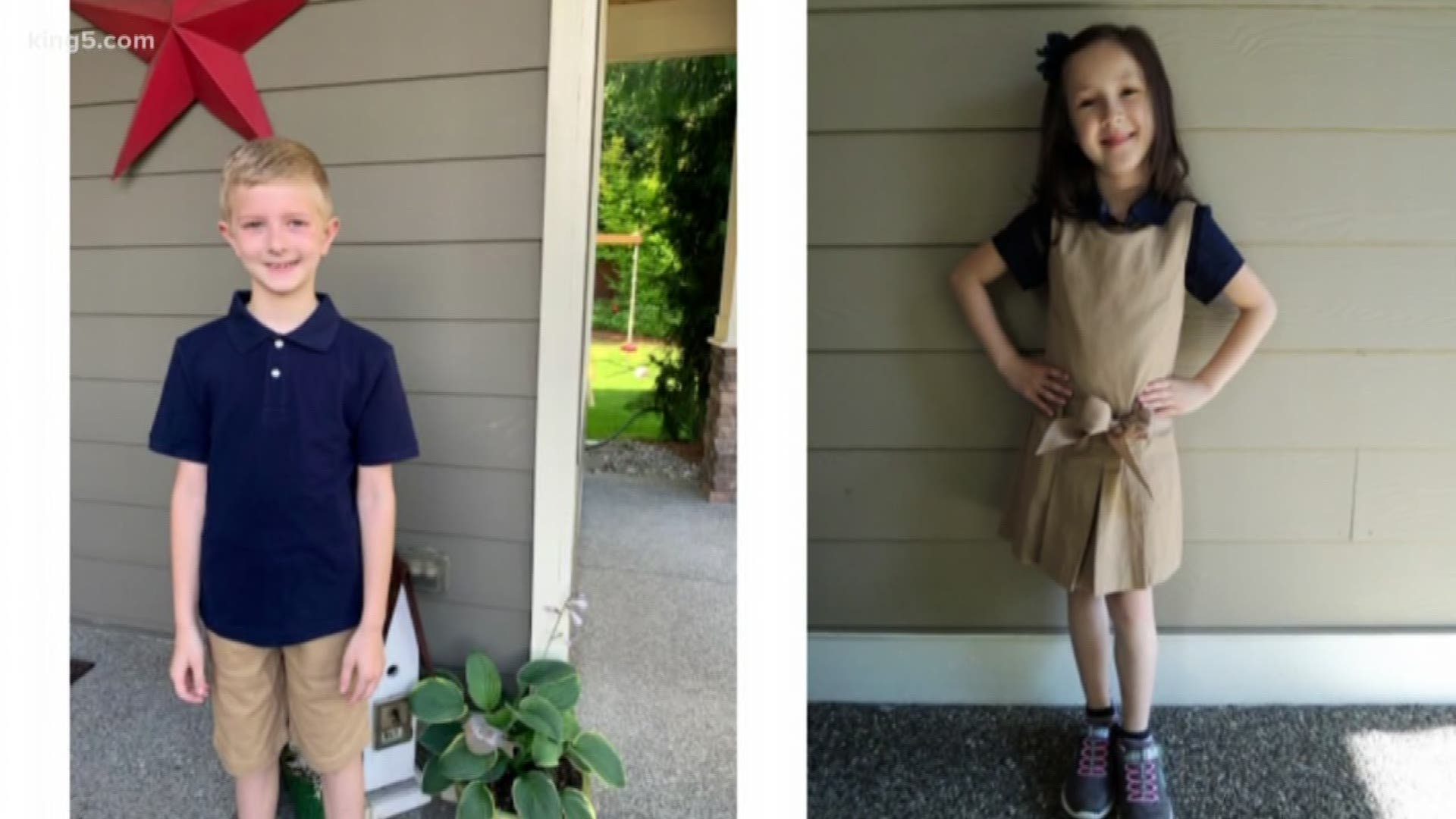