The company OceanGate took a small crew to the bottom of the Atlantic Ocean to document the Titanic's wreckage. 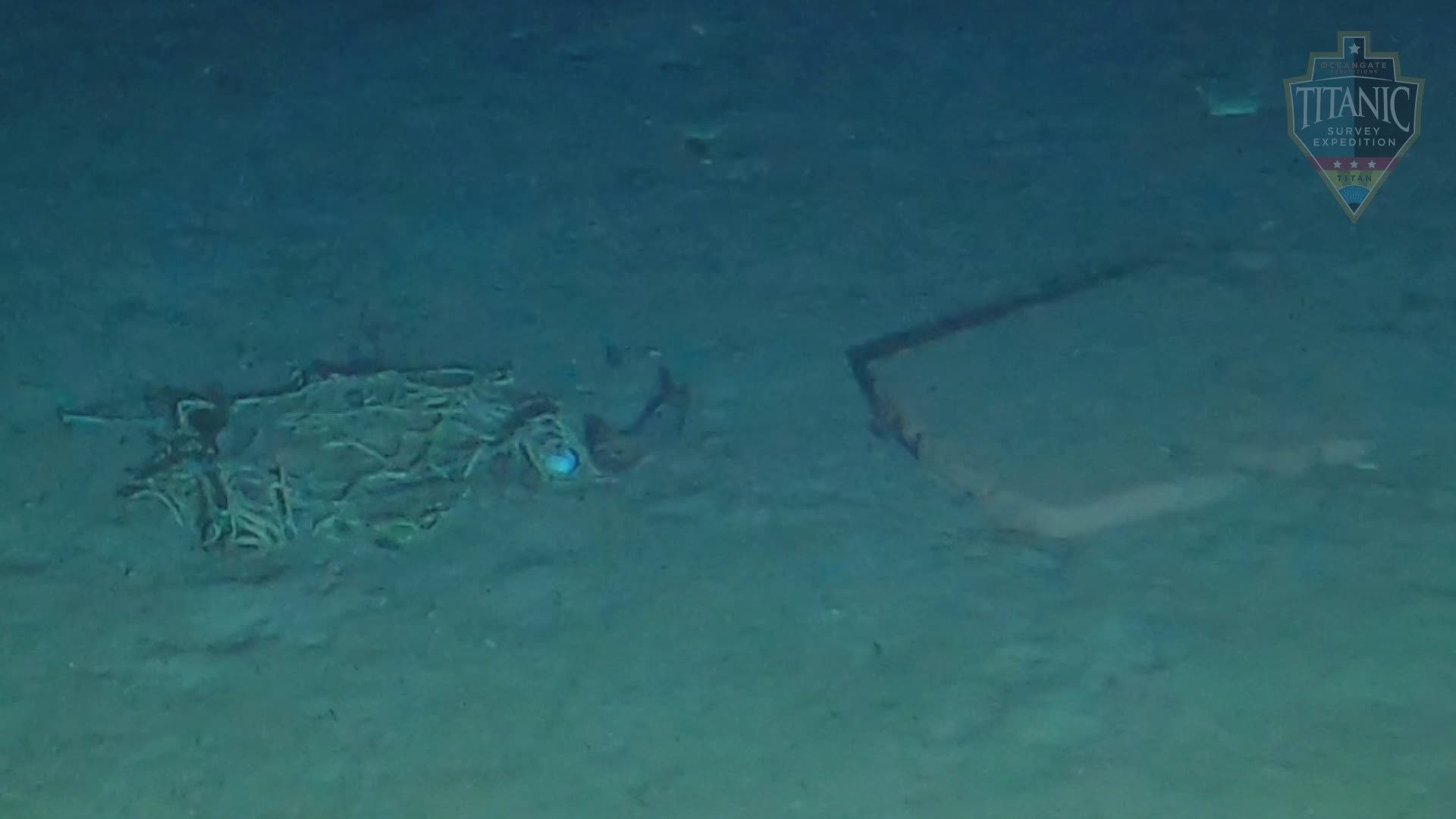 EVERETT, Wash. — It was a dream years in the making for Stockton Rush: the Everett man finally reached the Titanic.

Rush, who is the CEO and founder of OceanGate, and a team of specialists made history and descended nearly 12,500 feet to the ocean floor on an expedition to document the famous shipwreck which sank in the Atlantic Ocean in 1912.

“We had to overcome tremendous engineering, operational, business, and finally COVID-19 challenges to get here, and I am so proud of this team and grateful for the support of our many partners,” said Rush.

On Tuesday, OceanGate shared some of the first images from the historic dive. The photos include an image of a stained-glass window from the Titanic along with a floor tile lying on the ocean floor in more than 12,000 feet of water.

Credit: OceanGate
A photo taken from OceanGate’s Titan submersible shows a stained-glass window from the Titanic.

The five-person crew made the dive in OceanGate’s Titan submersible. The Titan is the only privately owned submersible in the world capable of taking five crewmembers into the deep ocean. But unlike a submarine, a submersible requires a support ship located on the surface of the water.

The dive was the first of several planned over the next month as part of an expedition to digitally map the infamous shipwreck using state-of-the-art equipment.

Rush and his team are planning for about 20 missions below the surface this summer. Each mission will be about 10 hours long, with about half that time at the Titanic.

More photos and videos from the Titanic are expected to be released when the ship puts into port between missions.