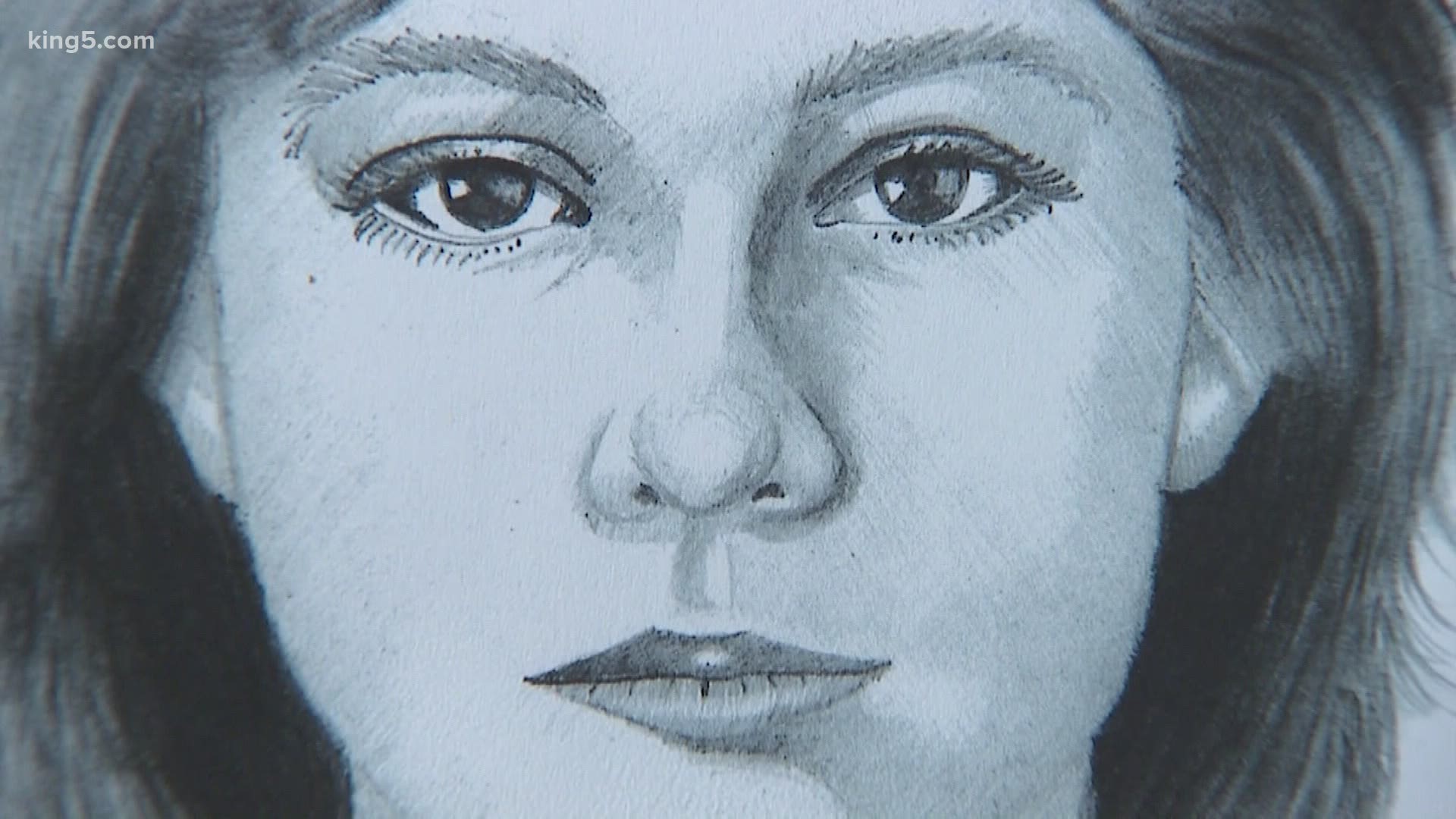 EVERETT, Wash. — The Snohomish County Sheriff’s Office announced a woman murdered in Everett nearly 43 years ago has been identified with the help of DNA technology.

The victim was identified as Elizabeth “Lisa” Ann Roberts. The sheriff’s office said Roberts was identified using DNA from her hair and a new scientific technique previously thought to be impossible, according to a press release.

The sheriff’s office said Roberts was born in Hood River, Oregon, in 1959 as Elizabeth Ann Elder. She was adopted when she was around 2 years old and renamed Elizabeth Ann Roberts but went by Lisa.

Roberts was raised in Roseburg, Oregon, and her father reported her missing as a runaway on July 25, 1977 when she was 17 years old.

According to a press release, Roberts called home from Everett a couple of weeks after she ran away and asked her parents for money. Her parents sent the money to Seafirst Bank in Everett, but it was never picked up.

During the 1977 investigation, detectives learned that Roberts was hitchhiking near Silver Lake on August 9, 1977, when she was picked up by David Roth who wanted to go swimming in the lake. Roth instead gave Roberts a ride and asked if she wanted to have sex. When Roberts said no, Roth strangled her and shot her seven times in the head, according to a press release. 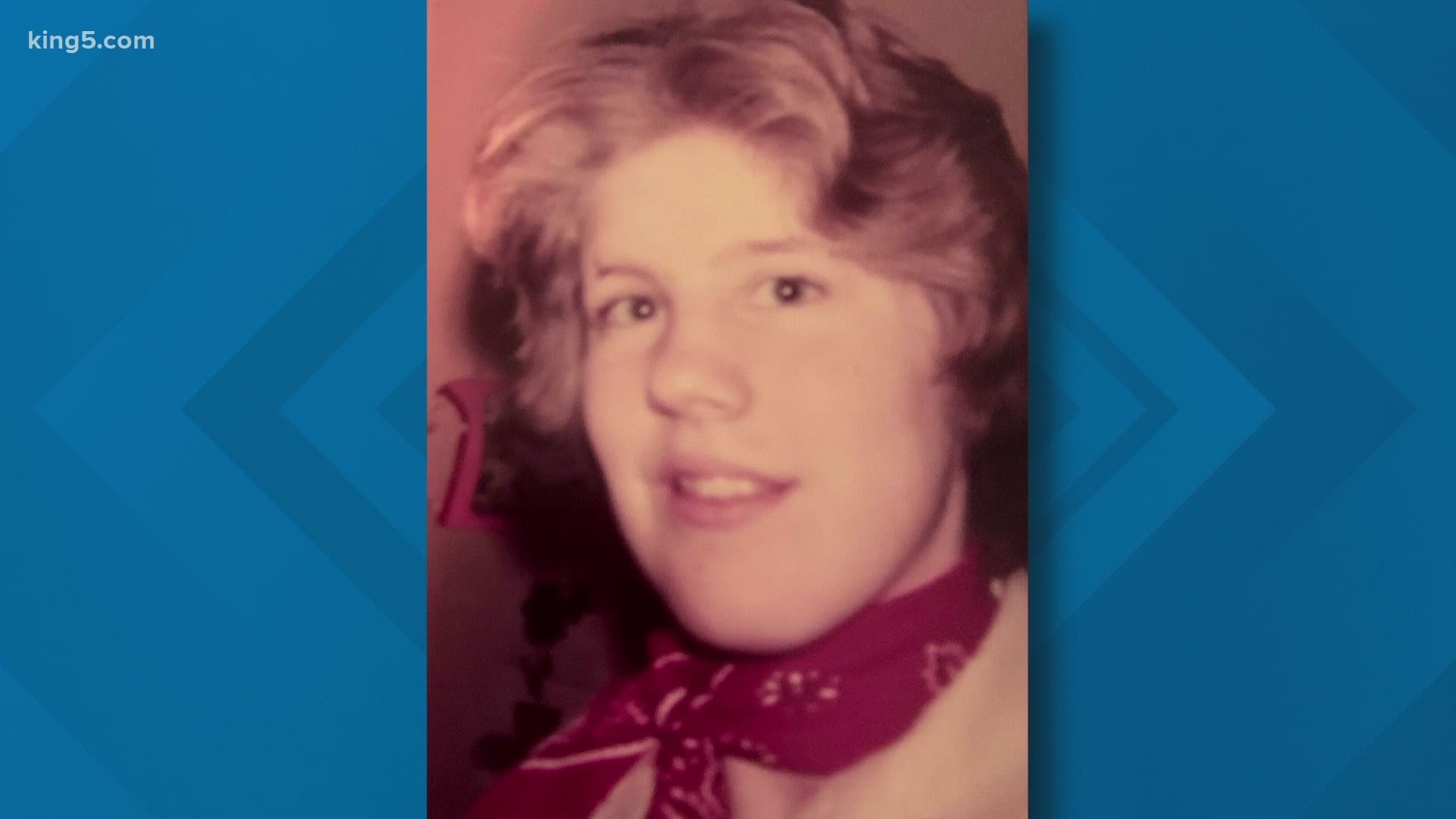 Roberts’ unrecognizable body was found by people picking blackberries in the 11300 block of 4th Avenue West in unincorporated south Everett on August 14, 1977. Detectives said she was murdered 15 days after leaving home.

“This young girl was precious to me because her moral decision from her proper upbringing cost her her life,” said lead Detective Jim Scharf, who worked on the case for 12 years. “I knew she had to be precious to her family too, so I had to find them.”

Roth confessed to the murder and was sentenced to 26 years in prison.

Roberts' niece Ann West said the family had been searching for their adopted relative for decades when they got a call from the Snohomish County Sheriff's Office about the case.

“It really has just been a shock to the system," West said. “She was born shortly after my father. They were both put up for adoption. Around my age of 12, he discovered his mother and found out that he had three other sisters and since then we’ve been wondering where Elizabeth was.”

West continued, "Of course, we cried. It's upsetting, very, very upsetting, to know that we lost family member that way. But at the same time, we were joyful that she wasn’t unidentified anymore and that we all had some answers and that we could work toward closure.”

The family is now working on a service for Roberts in Hood River, Oregon, where they hope to connect with more family.

“I hope that through this we can make some good connections and share some stories and hear some stories," West said. "I really look forward to meeting her adoptive family. We’re finding some peace and some solace in an otherwise ugly situation.”

At the time of her death, Roberts’ remains were believed to be of a 25-35-year-old woman. A composite sketch was made, but no one was able to identify her from the sketch.

In 2008, the Doe Network inquired about the case and renewed efforts to identify the body began once again. Roberts’ body was exhumed, and she was examined by Dr. Kathy Taylor, the state forensic anthropologist with the King County Medical Examiner’s Office.

Dr. Taylor determined the body was likely that of a 16- to 19-year-old girl, which got the National Center for Missing and Exploited Children involved in the case. A forensic artist created an updated composite sketch with the new information.

Detective Scharf received a phone call on June 16, 2020, from the Oregon Health Authority Vital Records confirming Roberts was adopted in Oregon and renamed. Detective Scharf then contacted Roberts’ family to share the news.

“I looked up to Lisa as my big sister, who would spend time with me and play with me downstairs,” said Roberts’ sister Tonya, who was 10 years old when Roberts ran away. “We had a really good bond because we were both adopted.”

Roberts’ remains will be buried in a family plot in Hood River, Oregon. Arrangements are being made for her memorial service.

“I am so proud and so thankful for the incredible work and dedication by Detective Jim Scharf and all of our partners and investigators who made this possible,” said Snohomish County Sheriff Adam Fortney. “For years Detective Scharf has had Precious Jane Doe’s story linked in his email signature trying to identify her. Although it wasn’t the answer anyone wished for, Precious Jane Doe finally has her name back, and she can now be returned to her family and loved ones.”