Controversial 'no sit, no lie' ordinance takes effect in Everett

The ordinance takes effect just as 20 pallet homes that will temporarily house up to 30 chronically homeless people open in Everett. 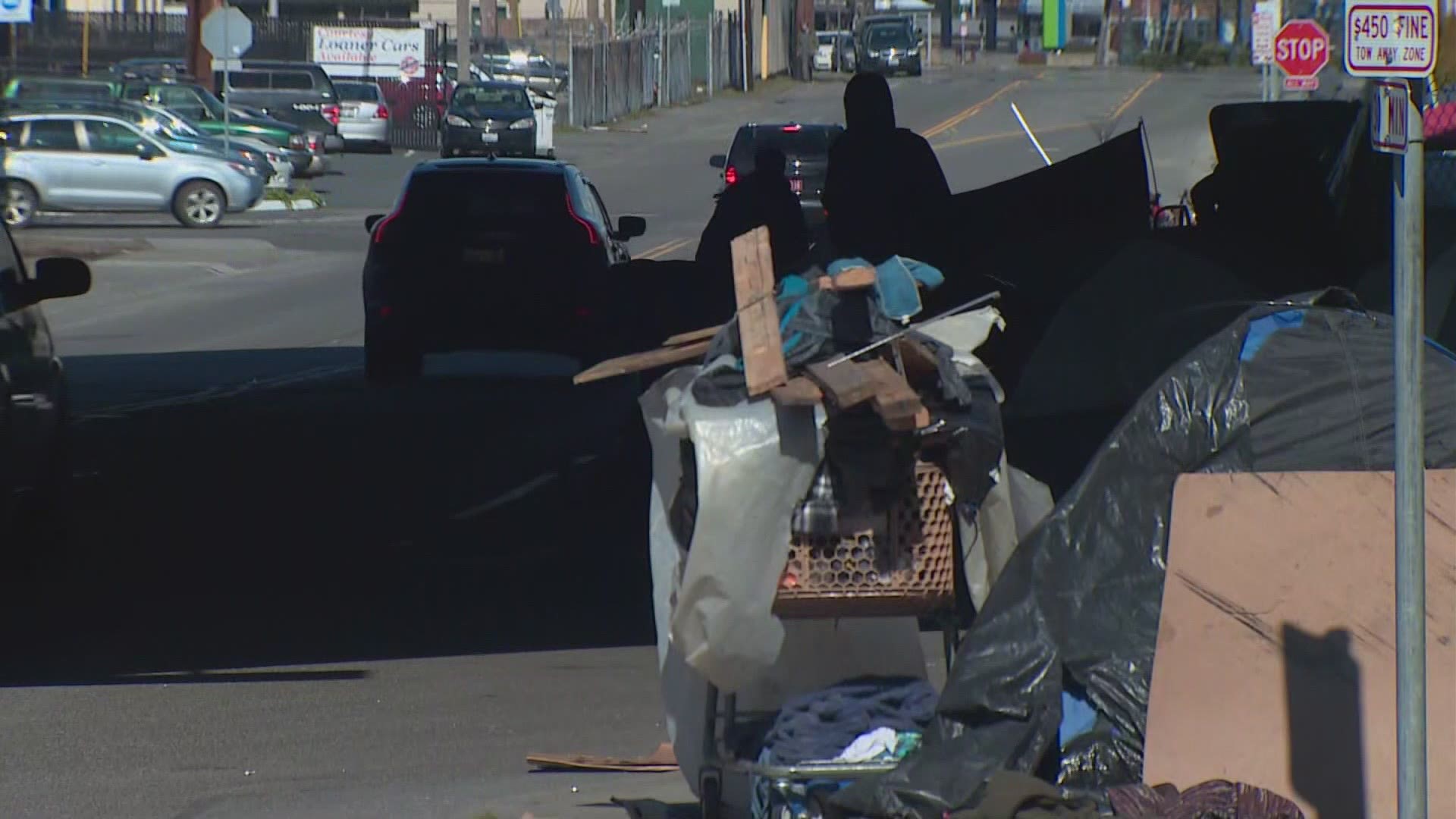 EVERETT, Wash. — The controversial “no sit, no lie” ordinance officially goes into effect in Everett on Tuesday. The ordinance makes it illegal to sit or lie down in a 10-block stretch of Everett.

There was a lot of opposition to the ordinance when Everett City Council voted to approve it.

This was the council’s solution to a long-running homelessness crisis that had business owners pleading for help after a large encampment took shape in the city and crime increased.

At the same time, a pilot project of 20 pallet homes paid for by a federal grant that will temporarily house up to 30 chronically homeless people in Everett is opening for residents.

This comes with its own set of controversies as people fear it will only enable some people experiencing homelessness to continue the lifestyle they’ve been living.

“These individuals want stability and they want shelter," said Everett Community Development Director Julie Willie. "They want to have a different life. This is going to be a launch pad for that, hopefully. We don't expect to see people taking advantage of it."

The pallet shelters are 64-square-feet and have electricity, heat, air conditioning and were built right next door to the Everett Gospel Mission who will help feed, provide showers and 24-hour security for the community.

“I am 100% confident it will produce some results," said Sylvia Anderson, with the Everett Gospel Mission. "Whether it will produce all the results every individual in our community thinks, probably not."

“The 'No Sit-No Lie' ordinance goes into effect when the Pallet Shelter Program opens, which is expected on July 6th. Once the ordinance goes into effect, our approach will remain as it has over the last several years, with officers providing outreach and education to individuals first, to include warning anyone in violation, prior to taking any enforcement action. It’s important to address the needs of our unsheltered population with compassion, while also protecting the residents and businesses who have been impacted by criminal activity in the area.”

Residents will begin moving in Tuesday. The pallet shelter pilot project is funded for one year. If it proves successful, the city will need to find additional funding for the future.