Bikini baristas: Focus on Everett's drug and homeless problem, not us

Everett's bikini baristas may become tank-top baristas, and one coffee stand is letting the city know what it thinks. 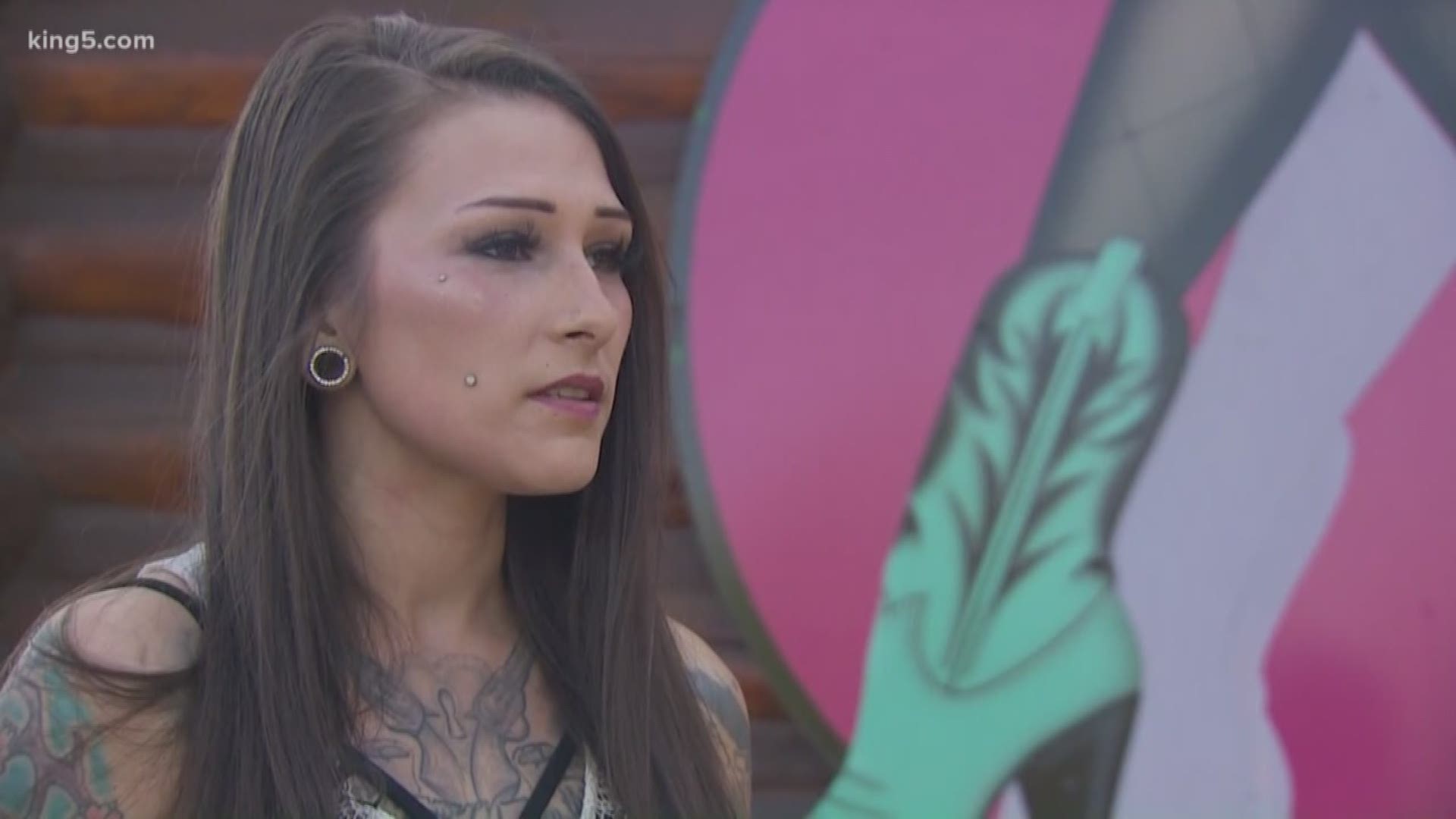 EVERETT, Wash. — On a main road in Everett, one message board stands out from the rest.

Bold black letters have put the City of Everett in the spotlight at bikini barista stand Showcase Coffee. The message on the board reads: "Everett is more worried about bikinis than drugs and our homeless crisis."

"They are trying to make a broad point out of it because there is a lot more going on in the city of Everett," Alysha Rathe said.

Rathe works at a different bikini barista stand called XO Espresso. She says they are "fighting for our bikini rights."

It's a fight that started about a decade ago.

"As of right now, we kind of wear a ... bikini, it might be a smaller bikini, but it still covers the areola or nipple," she said.

Instead of bikinis, the city wants baristas to wear tank tops and shorts.

Last month, the 9th U.S. Circuit Court of Appeals overturned a lower court judge's decision to block the City of Everett from imposing a dress code.

In a statement, the City of Everett says it is grateful for the ruling.

"The city adopted these ordinances to address criminal and other harmful conduct that has occurred at bikini barista stands over many years."

"I think it is partially violating our rights," she said.

She adds that the plan is to appeal the court's ruling.

The City of Everett is grateful for the Ninth Circuit’s careful and thorough consideration of this case as reflected in its ruling today dissolving the preliminary injunction against enforcement of the City’s lewd conduct and dress code ordinances. The Court’s opinion recognized the significant issues that the City has faced and the practical reality of regulating these businesses. The court also concluded that the baristas were overall unlikely to succeed in their case against the City going forward.

As the decision acknowledges, the City adopted these ordinances to address criminal and other harmful conduct that has occurred at bikini barista stands over many years. The Court confirmed that the City had offered “extensive evidence of adverse secondary effects associated with the stands, including prostitution and sexual violence….”

As the records examined and referenced by the court show, many members of the community have been significantly impacted by these businesses, and some of the baristas themselves that have been victimized by stand owners and customers.

The City looks forward to enforcing its ordinances consistent with the Court’s decision and in the best interest of the community.