Concerned about the safety of his own family, an Everett firefighter has come up with an invention he believes will save lives. 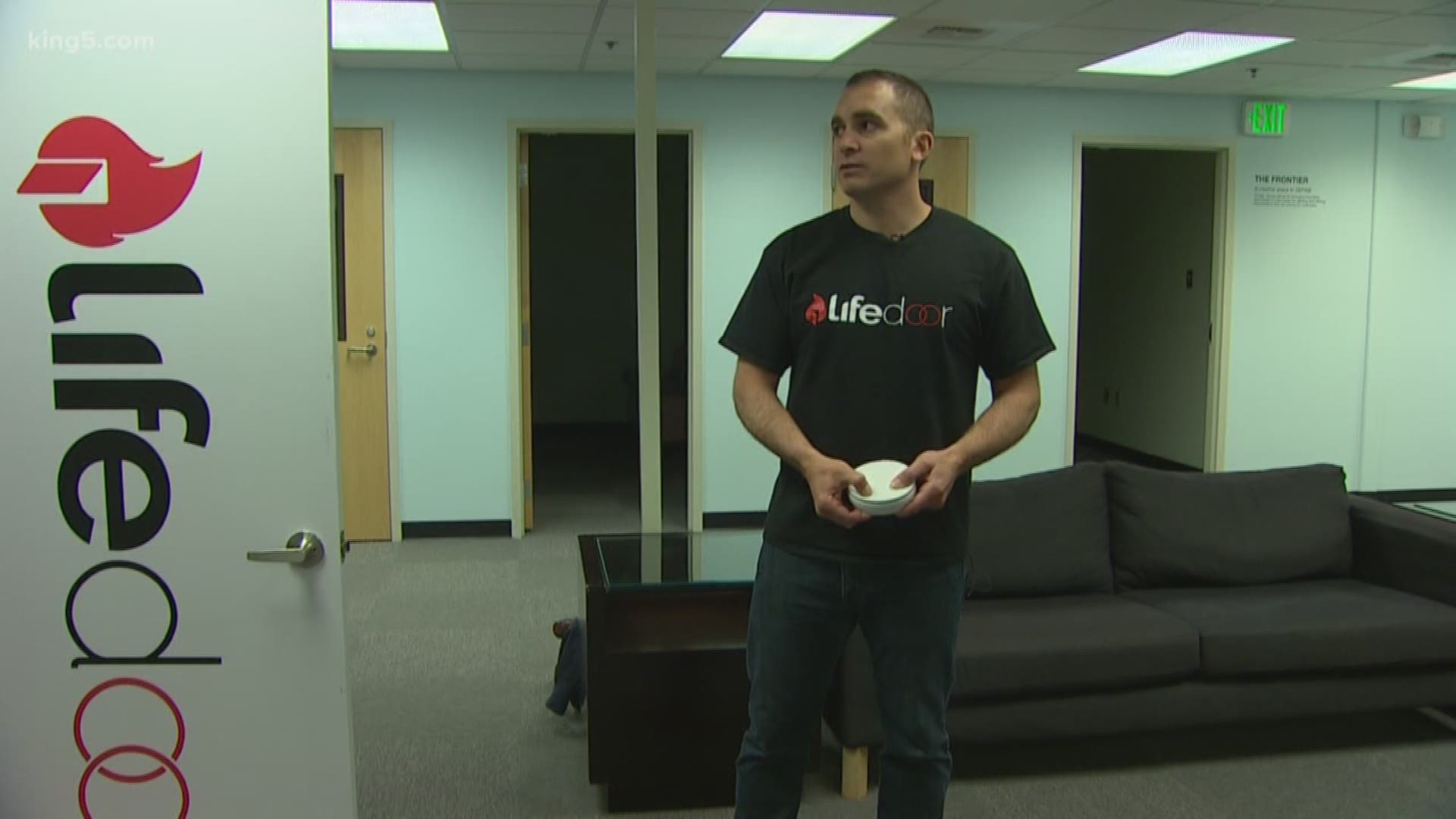 It was his daughter’s nighttime habits that turned Joel Sellinger from a firefighter into an inventor.

"She'd fall asleep. I'd go shut her door. I'd wake up in the morning, and her door would be open because she had gone to the bathroom or gotten a drink of water," he said.

Keeping bedroom doors closed in your home when you go to sleep is critical in keeping your family safe.

Sellinger, an Everett fireman, sees it all the time.

Twin 3-year-old girls survived an apartment fire earlier this year because their bedroom door was closed.

Sellinger was on the scene and took photos of the damage. One picture clearly shows the scorched, blackened outside of their bedroom door. The inside portion looks almost untouched.

"That's the proof right there," he said. "That closed door most likely saved their lives."

Still, Sellinger has been unable to convince his young daughter Makayla to keep her door closed at night. So, he came up with something called Lifedoor. He worked with the Northwest Innovation Research Center to make it a reality.

When your smoke alarm starts going off, Lifedoor hears that sound and triggers a device mounted to the bedroom door. The door closes automatically, a light is activated, and an alert is sent to your phone.

"No matter where the fire is, a closed door is going to limit the spread of smoke and heat -- which is what kills people in a fire," Sellinger explained. "It's also going to reduce the amount of oxygen that's getting to the fire."

We used to have about 17 minutes to get out of our homes if a fire broke out. Because of open floor plans and more synthetics in our furniture, the window for escape is now down to just three minutes.

Sellinger's invention is expected to cost less than $100 and be on the market in February. He says it's already helping his family sleep better at night.