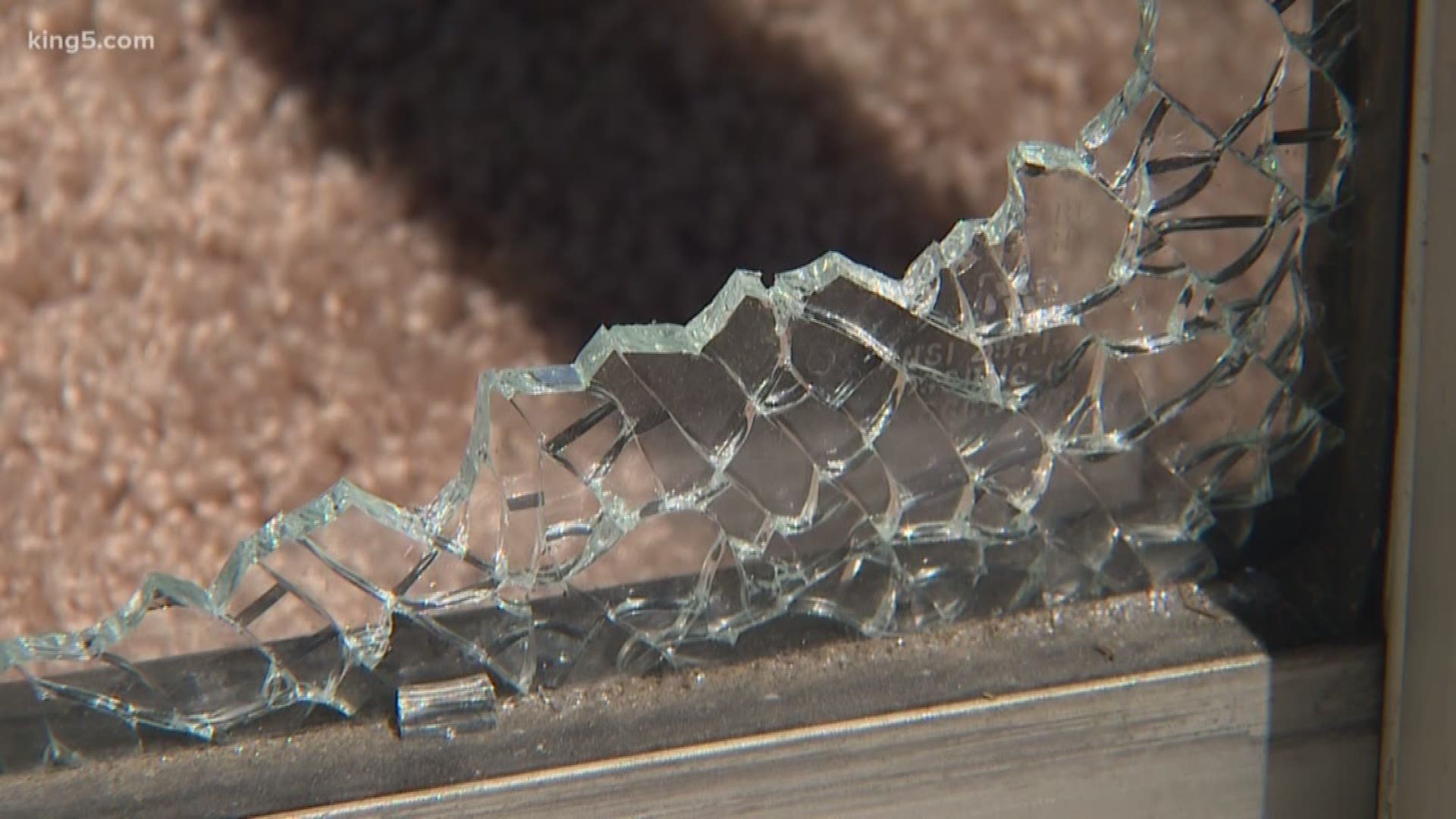 EVERETT, Wash. — As the 4th of July approaches, an Everett family is hoping people will think twice when it comes to fireworks safety. Early Saturday morning, their glass back door was blown out by fireworks.

They've done their best to clean up all the glass, but it's going to be hard to restore their sense of security. Jordan Portch and his wife were sitting just about 15 feet away watching a movie.

“The firework or explosive hit the door and, down here where the mark is from the explosion, it was strong enough that it knocked out all the glass and sent glass flying 6-8 feet into the house," Portch explained.

Nobody was hurt and fortunately, his two children were sleeping, but that didn't spare their toys from being damaged.

“My daughter asked who broke this and she's been wondering what happened, and we have to tell her we don't know,” Portch said.

Police are investigating evidence collected from the scene. They're not ready to say what type of firework it was, but want to remind everyone that all fireworks are illegal in Everett city limits.

Portch can't help but feel frustrated, “If the kids were out here, this could have been deadly."

Neighbors called 911, saying the blast sounded like a bomb.

“It sounded like shrapnel hitting the side of my house, it was just nuts," Josh Asper said. He's nervous to leave the house unattended this week, “I'll be sitting around here with the hose."

The family is in the process of installing a new door but, with bits of glass everywhere, the kids might not be able to play outside for a while. The family hopes people will think twice before they take their celebration to this level.

“I feel like it would be really great if everyone could find a way to be patriotic on the 4th of July without endangering other people or their property.”

RELATED: Where you can and can't set off fireworks in Western Washington

RELATED: Best spots to watch fireworks this 4th of July