One week after the council members dropped the matter without a vote, they approved the acceptance of the federal grant to hire 16 police officers. 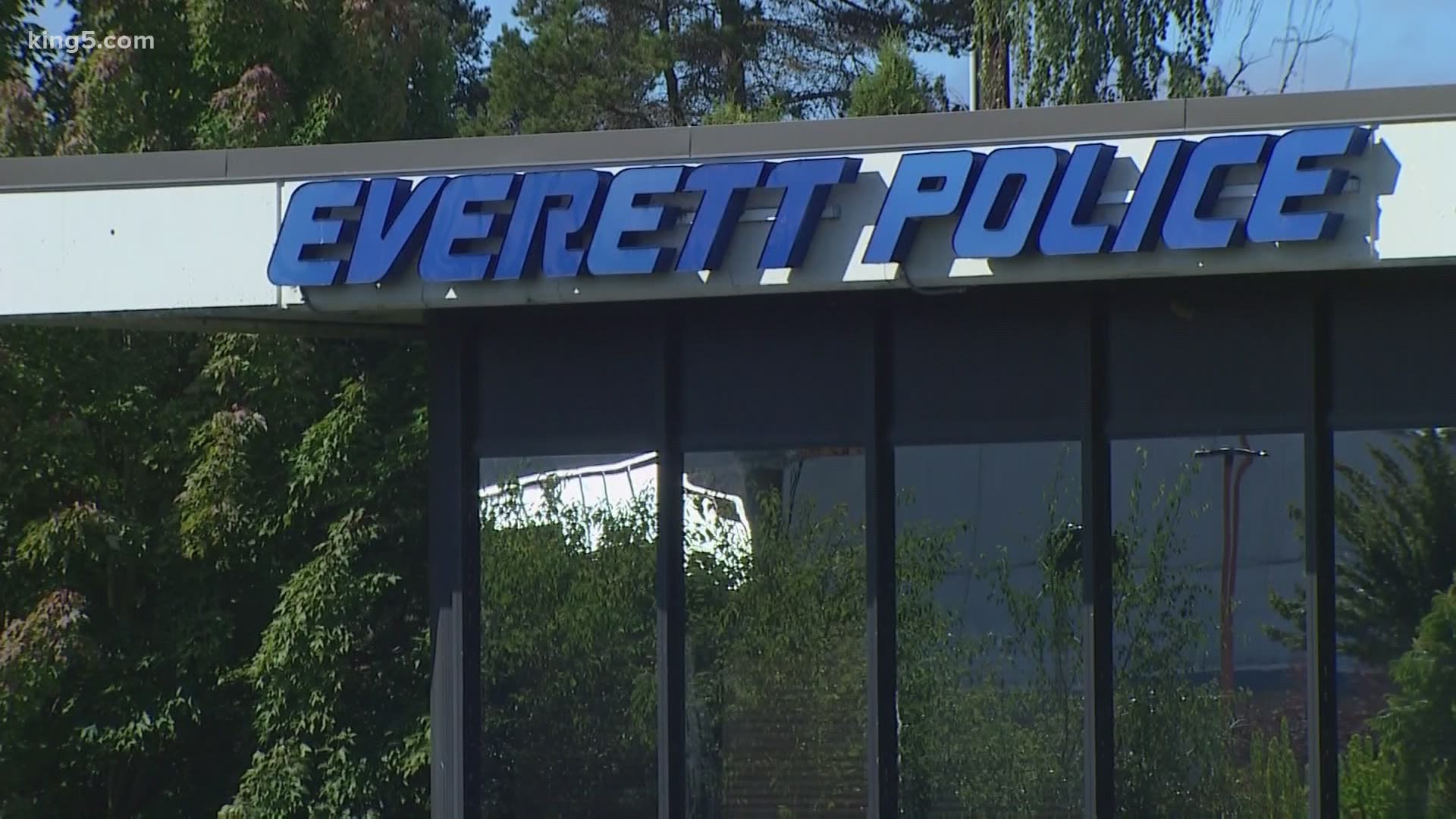 EVERETT, Wash. — On Wednesday, one week after the Everett City Council declined to vote on accepting a $6 million federal grant to hire more police, the council voted to accept the grant.

Mayor Cassie Franklin and Police Chief Dan Templeman said they were surprised when the city council declined to vote on accepting $6 million in federal funding that would help hire more officers during last week’s meeting.

Last week, one city council member made a motion to approve the grant from the U.S. Department of Justice COPS program, but none of the other council members seconded the motion and so the matter was dropped without discussion.

On Wednesday, the decision was revisited.

"I just want to start by saying that I appreciate the opportunity tonight to be able to provide all of you with a quick recap of this grant and some of the details,” Templeman told the council members.

The grant will help the city hire up to 16 more officers.

Some council members last week told KING 5 they were concerned that the grant would require them to spend additional money over the $6 million grant on equipment at a time when the city of Everett is severely cutting all other city departments.

The city faces an $18 million budget deficit in the aftermath of the coronavirus pandemic.

Councilmember Liz Vogeli also expressed concern that the money could not be used for social workers or other types of measures to prevent crime.

Templeman said he spent the last week answering clarifying questions about the grant for the council after they did not vote to accept it during their last meeting.

“I just want to reiterate that, that by accepting this grant, the city is not committed to spending a single dollar," said Templeman. "The city can opt to spend all of the money, a portion of the funds or nothing at all."

He said the 16 additional officers would address community concerns that have arisen in recent years.

“The positions that in the grant award are specifically slated to be visible police officer positions that are going to be focused on a lot of the concerns that have been expressed to me by our community members over the last several years,” Templeman said.

Vogeli, who was the only one who voted no on Wednesday, said her hesitation came from wanting to know how much it would deepen the city’s debt.

“It should be no secret that accepting this COPS grant — if we choose to do so tonight and it sounded like we will — won't fix any of our budget problems," said Vogeli. "In fact, it has a real potential to make them worse, whether that is in one, three or five years."

Vogeli believes the city's financial troubles and the nationwide conversations about police reform should give the council pause.

“I cannot in good conscience advise the acceptance of a grant that will burden our already decimated budget, and not actually reduce crime,” she said.

But Councilmember Brenda Stonecipher said the grant could be an opportunity to reform the city's policing.

Other council members cited just general questions they had about the grant and its length, and how much the city would need to contribute.

Now that the grant has been accepted by the council, Franklin can proceed with signing all the necessary documents with the U.S. Department of Justice.