Seven baristas and the owner of a chain of the coffee stands called "Hillbilly Hotties" sued in 2017 to block the dress code. 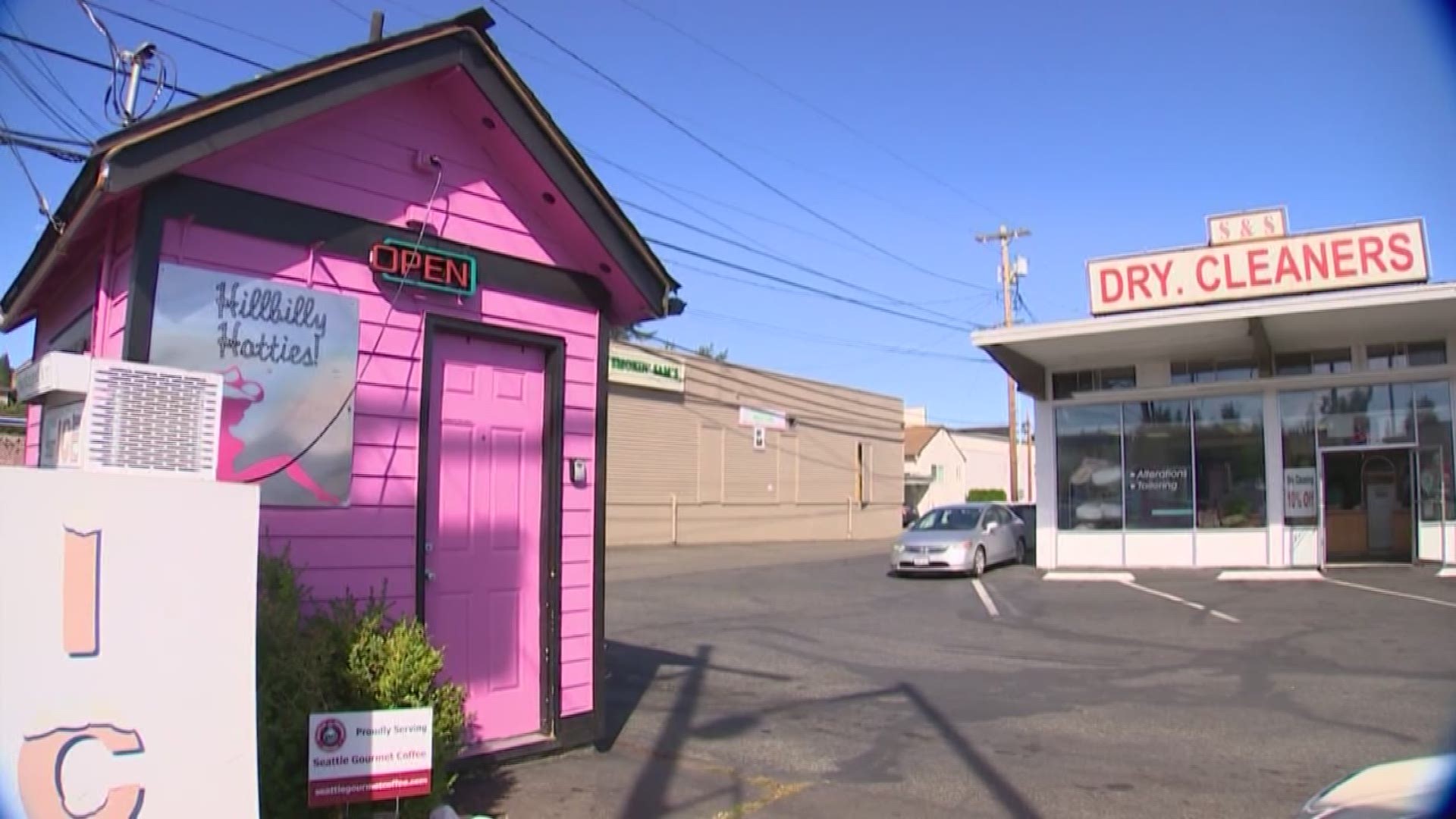 Editor's note: the video story above is from September, 2017.

The 9th U.S. Circuit Court of Appeals on Wednesday overturned a lower court judge's decision to block the city of Everett from imposing a dress-code on the scantily clad coffee servers.

Seven baristas and the owner of a chain of the coffee stands called "Hillbilly Hotties" sued in 2017 to block the dress code, and U.S. District Judge Marsha Pechman in Seattle agreed with them.

The city wants to require such workers to at minimum dress in tank tops and shorts.

Everett and Snohomish County, north of Seattle, have had a troubled history with other stands, which in some cases have operated as drive-thru strip clubs or brothels.

A former Snohomish County sheriff's sergeant pleaded guilty to helping launder money from a prostitution operation run out of some roadside stands and was sentenced to one year in jail.