A major bill to increase the background check process for assault weapons has stalled despite Democratic control of state government. 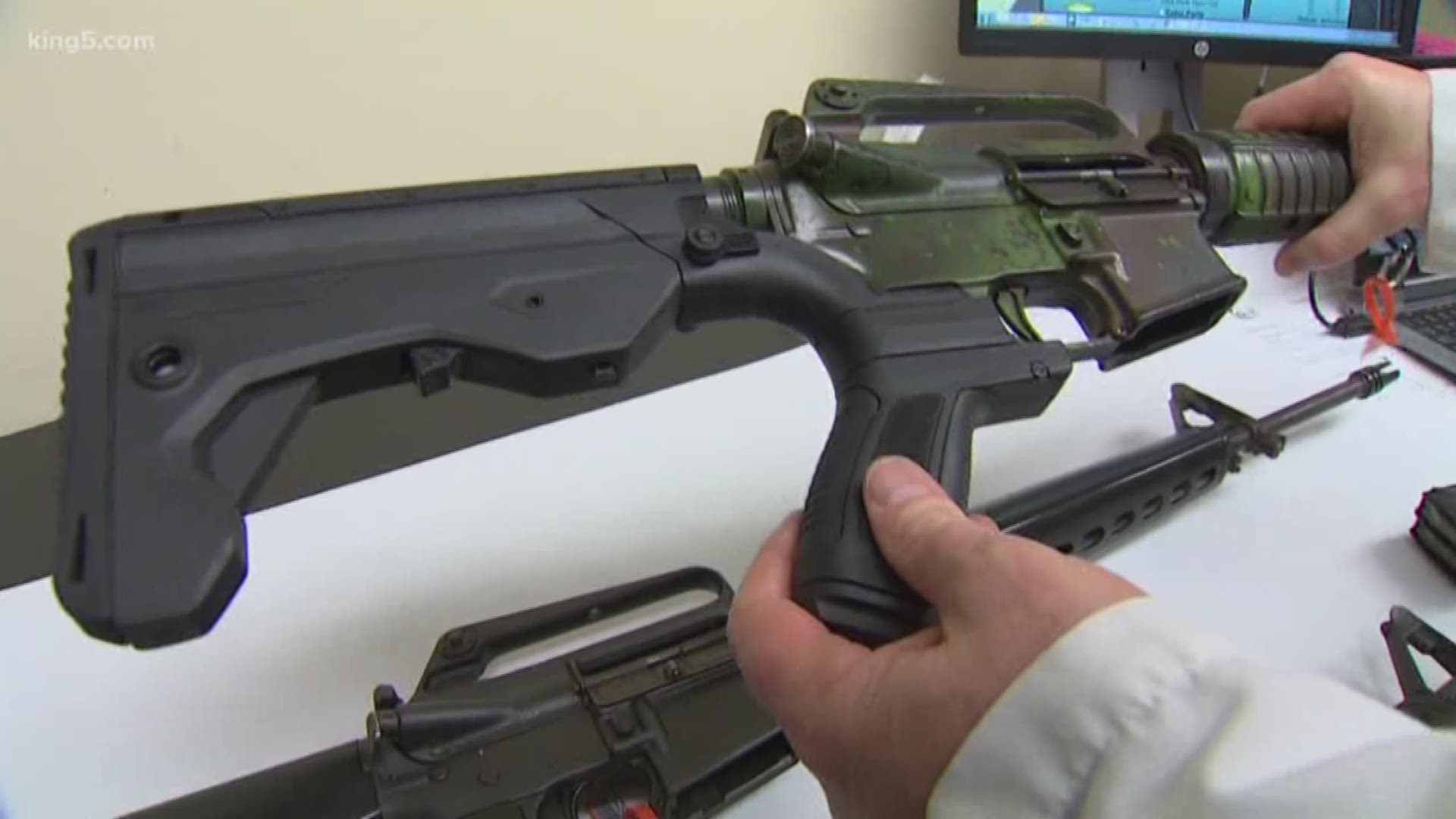 The shooting tragedy in Florida this week has renewed debate over gun control from Washington, D.C. to Washington state.

State lawmakers are considering several different pieces of gun safety legislation this legislative session, but a bill to enhance the background check process for assault weapons appears stalled, despite Democratic control of the state legislature.

“We need lawmakers to be as courageous as those poor children were in the school yesterday,” said Renee Hopkins, CEO of the Alliance for Gun Responsibility.

The group has a clear legislative agenda this year, and while proposals such as a bump stock ban appear to be moving forward, legislation to enhance assault weapon background checks missed a key cutoff deadline on Wednesday.

The bill would increase the age of purchasing an assault weapon to 21 years and also require additional safety training and an annual background check renewal, putting standards on par with what's required for a concealed carry permit.

“We expect lawmakers to do everything they can to revive enhanced background check on assault weapons,” Hopkins told KING 5. “This issue is not a partisan issue for people in our state, and our legislators need to quit acting as if it is.”

While the bill passed the Senate Law & Justice Committee, sponsor Sen. David Frockt, D-Seattle, said it did not have enough support to pass the full Senate, currently controlled by Democrats by one seat.

Sen. Frockt notes that the version that passed out of committee did not include the annual license renewal requirement, but still increased the purchasing age to 21 and would have required the same background check as required under voter passed I-594.

“Gun control is a really politically toxic subject, and there are some Democrats in Olympia who are in rural districts whose constituents are really pro-gun,” said Dave Workman writes for the Second Amendment Foundation's gun publication.

“I think we're all looking for an easy answer, and there's no easy answer to the kind of violence we wind up reporting about all too frequently,” said Workman.

Staunch supporters of the Second Amendment believe the emphasis should be placed on mental health services, not gun control.

“Frankly, if someone is determined to commit a heinous act, they're going to find a way to do that,” said Workman. “If we start penalizing people for the crimes they think they’re going to commit, we’re going to have a constitutional crisis on our hands.”

But groups like the Alliance for Gun Responsibility say data shows tweaks to the law can save lives, and they're turning to state legislatures amid continued gridlock in Washington. DC.

“What we're talking are people in crisis, in moment of crisis having legal access to firearms is something we have ability to legislate around and we should,” said Hopkins.

Hopkins points to the Extreme Risk Protection Order ballot initiative passed by voters in 2016 as an example. The measure allows families or law enforcement to ask a judge to temporarily block a person's access to firearms if there's evidence the individual is threatening harm to themselves or others.

“In the Florida case, had they had the policy on the books, there would have been a tool for law enforcement to use to actually intervene and potentially prevent this horrific tragedy,” argues Hopkins.

As far other bills under consideration this session, the bump stock ban passed a House committee Thursday. It's unknown if or when it will receive a vote before the full House; it's already passed the Senate.

Also poised to move forward in the legislative process, a bill that adds domestic violence harassment to the list of crimes for which a person is banned from possessing a firearm, as well as a bill that would allow individuals to voluntarily have their names listed on a prohibited purchase list, in an effort to prevent suicide. The legislation also includes a mechanism to allow the person to restore their gun rights.